Taos was New Mexico's premier art colony and the first significant art colony in the American West. Founders were Ernest Blumenschein and Bert Phillips who were on a painting expedition together when their carriage broke down in the vicinity of Taos in 1898.

Awed by the beauty of the mountains and intrigued by the Taos Pueblo Indian and Hispanic cultures, Phillips and Blumenschein settled in Taos and encouraged other artists to join them. Many of the artists who painted in Taos before 1940 had actually met and studied together in Paris. In addition to Blumenschein and Phillips, artists featured in this exhibit who studied in Paris before moving to Taos include Eanger Couse, Leon Gaspard, and Joseph Imhof. Walter Ufer, Nicolai Fechin, and Leon Gaspard, had been trained in other European academies in Germany and Russia. Many of these artists also knew each other from the Art Institute of Chicago and were sponsored by the Mayor of Chicago, Carter Harrison, who commissioned the artists to travel to Taos in order to capture the Southwest subject matter in their artwork.

In 1915, six pre-1940 artists formed a group called The Taos Society of Artists, also known as the Taos Six. The six founding members were Joseph Henry Sharp, Eanger Irving Couse, Oscar E. Berninghaus, W. Herbert Dunton, Ernest Blumenschein and Bert Phillips with Couse serving as the society’s first president. Over the next several years, the organization grew to become one of the best-known art colonies in America. A chief sponsor of the Taos artist colony was the Santa Fe Railroad whose officials purchased many of the paintings and used reproductions as promotional pieces to lure travelers to the West via the Santa Fe.

For more information about these works, artists and donors, scroll through each image below. 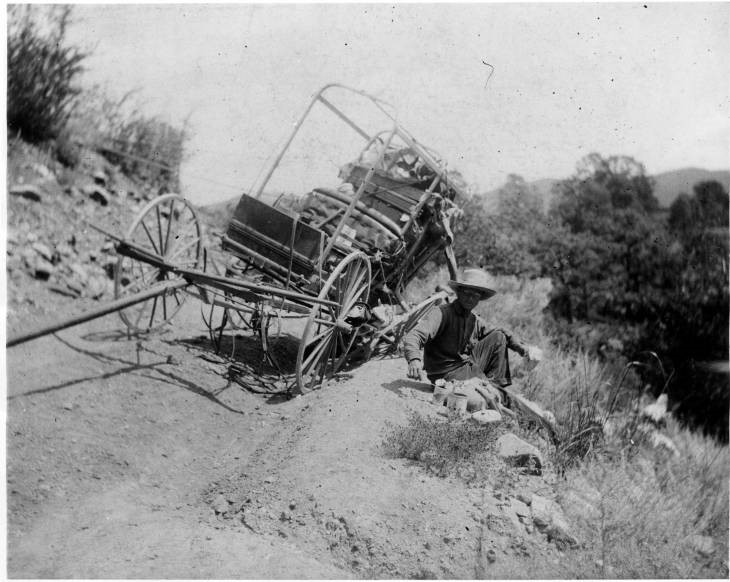 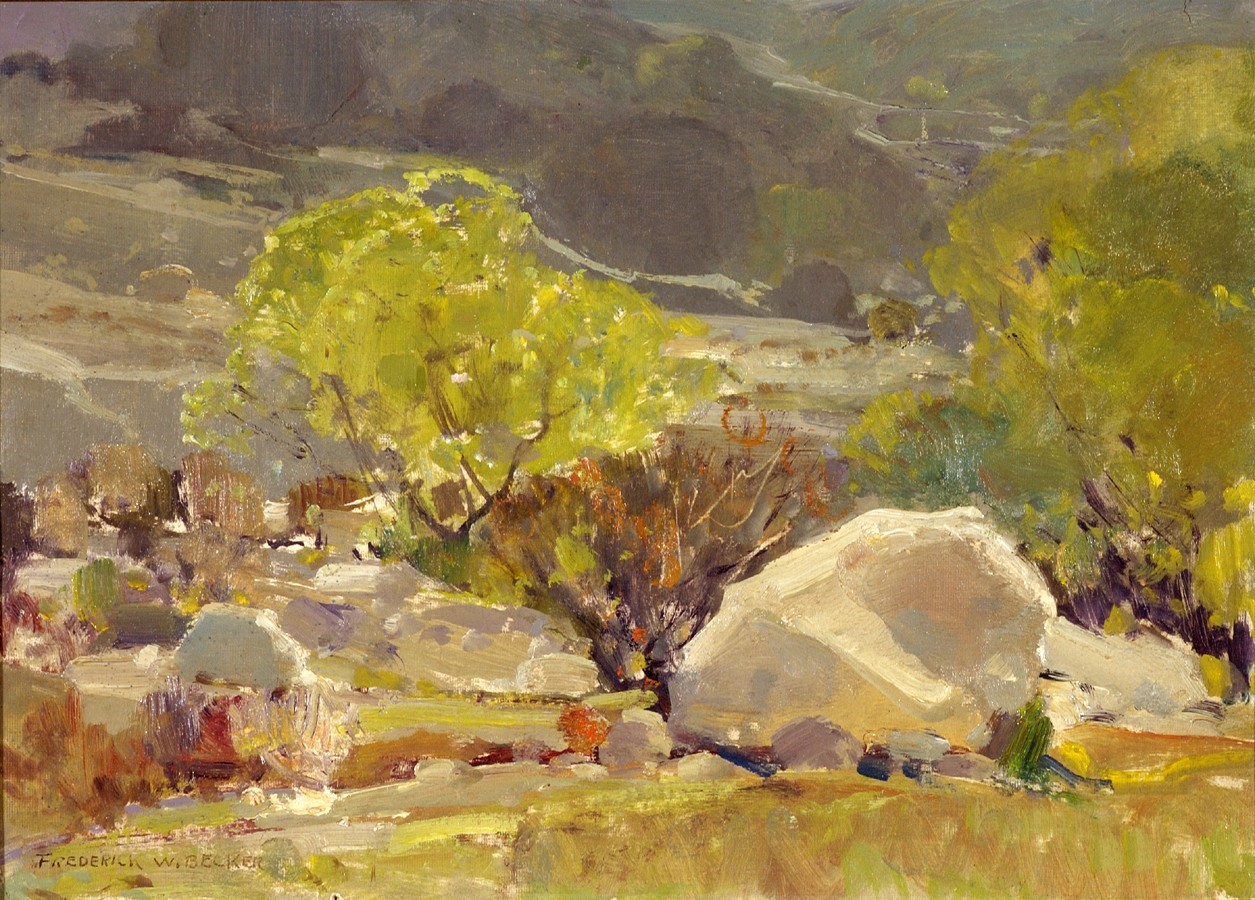 Frederick William Becker was born in Vermillion, South Dakota in 1888. He studied at the Pennsylvania Academy of the Fine Arts, the School of Art & Design, the Art Students League in Los Angeles, and the Macky School in San Francisco.

Becker traveled widely as an itinerant artist specializing in landscapes and murals. At various times, he lived in New York City, Oklahoma City, Taos, and southern California. He lived with frontier legend Kit Carson and his family for many seasons. 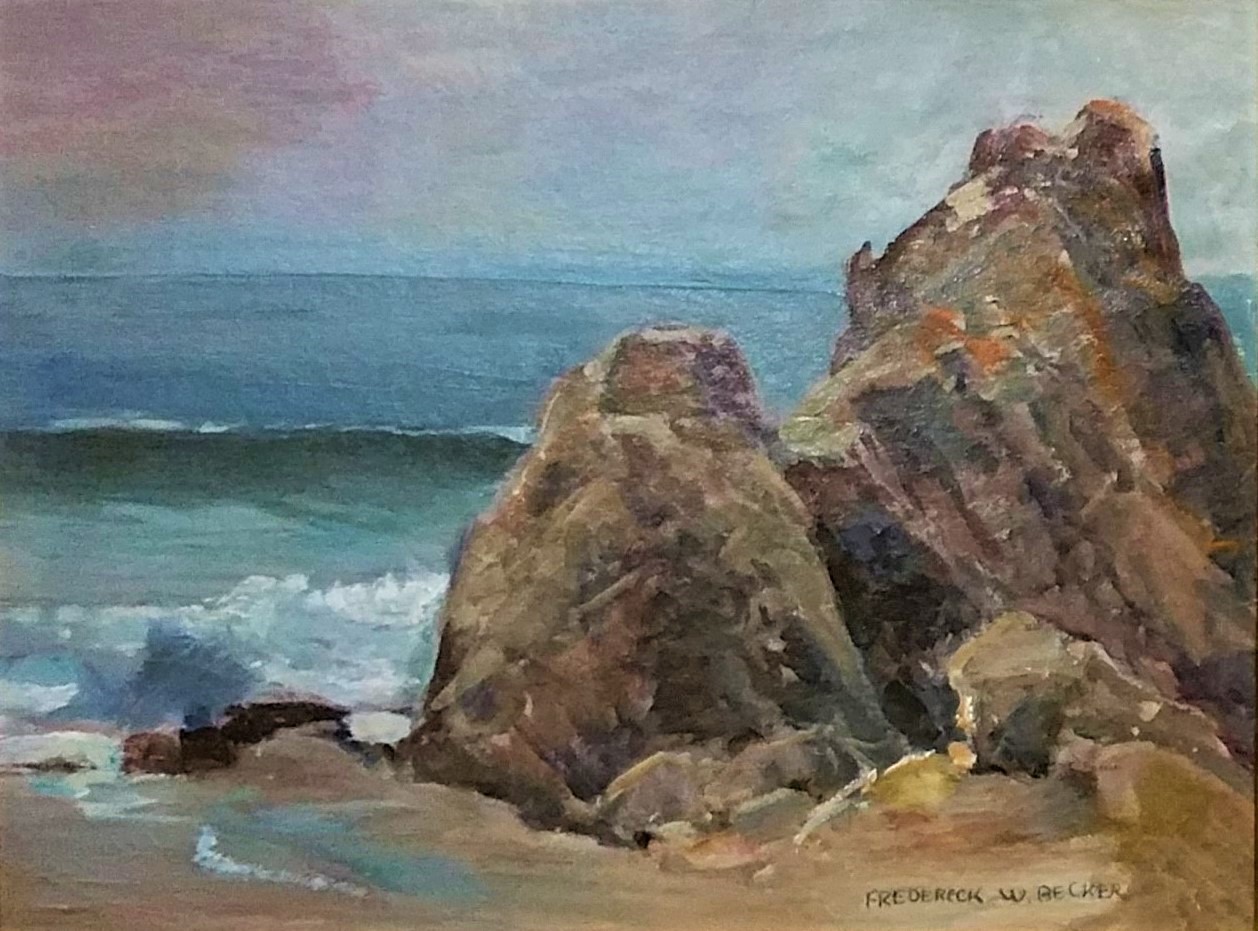 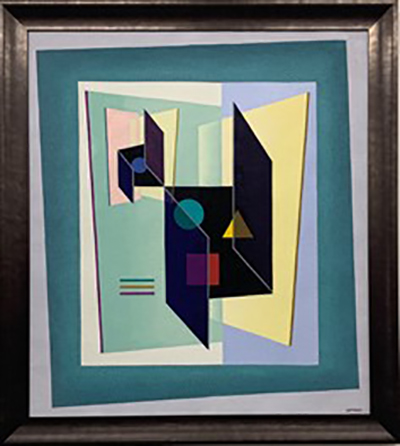 Hungarian born, Emil Bisttram immigrated to the United States when he was eleven years old. He received his artistic training in New York at the National Academy of Design, Cooper Union, Parsons, and the Art Students League. Having won a Guggenheim fellowship to study mural painting, Bisttram spent several months in Mexico studying with muralist Diego Rivera. He taught briefly in Phoenix, Arizona and in 1931, settled in Taos, New Mexico.

In 1932, Bisttram started the Taos School of Art where he promoted the theories of Kandinsky and Mondrian. He also founded the New Mexico Transcendental Artists group and in 1952 co-founded the Taos Art Association. He became one of the Southwest's leading painters and teachers. 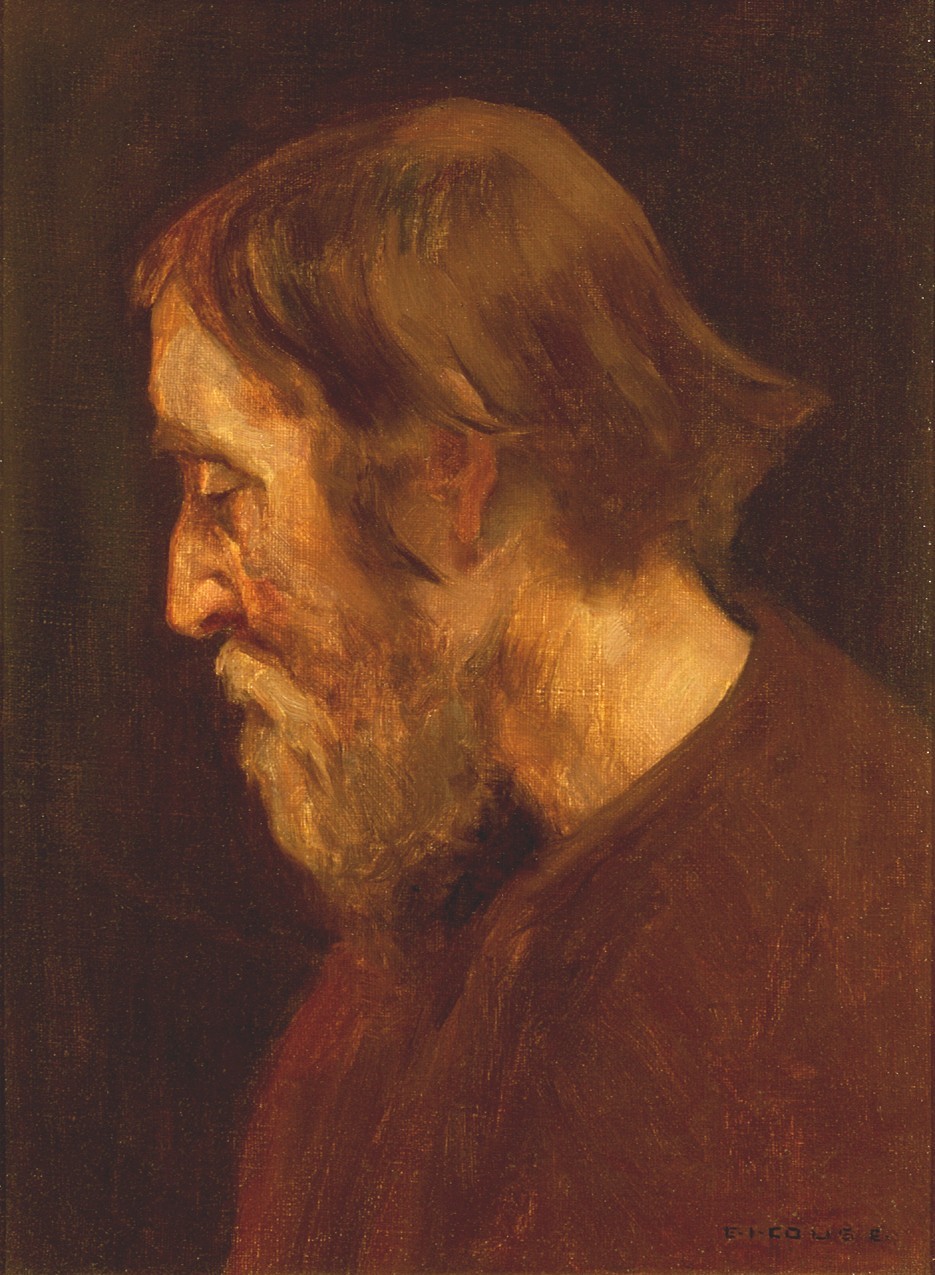 Born in Saginaw, Michigan, Eanger Couse grew up living among the Chippewa Indians and often sketched these native people. At the age of 18, Couse studied for three months at the Art Institute of Chicago and then went to New York City where he enrolled in the National Academy of Design in 1885. In 1887, Couse traveled to Paris to study at the Academie Julian.

In 1902, Couse visited Taos, New Mexico for the first time. He was elected as the first president of the Taos Society of Artists when it was formed in 1912 and permanently moved his family there in 1917. Couse is primarily known for paintings of Taos Pueblo Indians engaged in domestic activity. 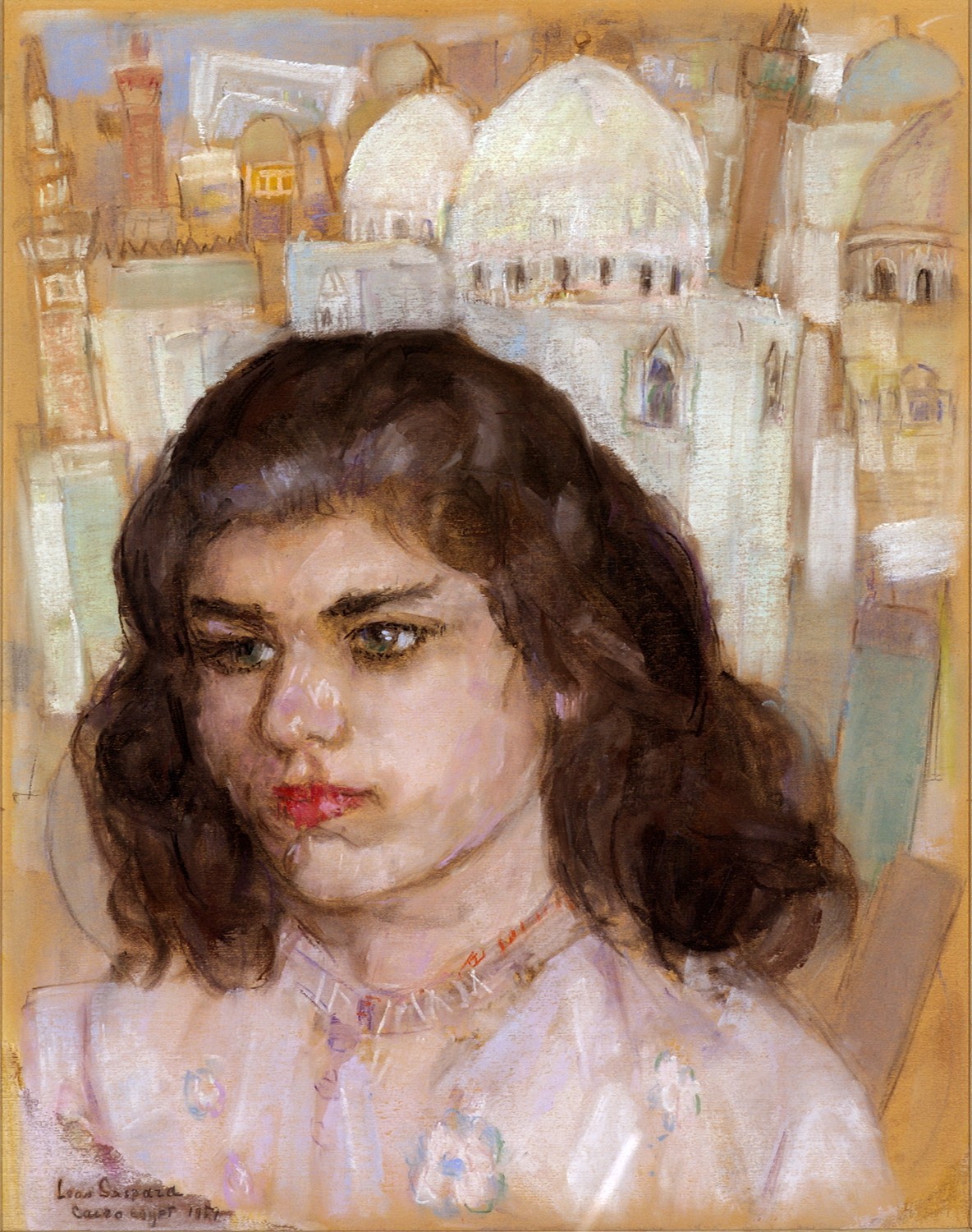 Leon Gaspard was born in Vitebsk, Russia and grew up accompanying his father on fur trades to Asia. This exposure to colorful and exotic cultures remained a theme of his work throughout his life. Gaspard's artistic studies began in Vitebsk and were followed by further study at the Academy of Moscow. He travelled to Paris in 1901 to study at the Académie Julian, where he met his future wife, Evelyn Adell, an American ballet student. Their unusual honeymoon, a two-year pack trip through the Siberian wilderness, allowed Gaspard to create hundreds of sketches that became the foundations for his paintings.

Gaspard's highly successful Parisian career was interrupted by World War I, when he flew with the French Air Corps as an aerial observer. His plane was shot down, and Gaspard was badly injured. His wife's family arranged for him to come to New York to recuperate. In 1919 the Gaspards moved to Taos, seeking a more beneficial climate. The native cultures of the Southwest reminded Gaspard of his beloved homeland. Though they continued to travel, the Gaspards made Taos their permanent home in 1924. 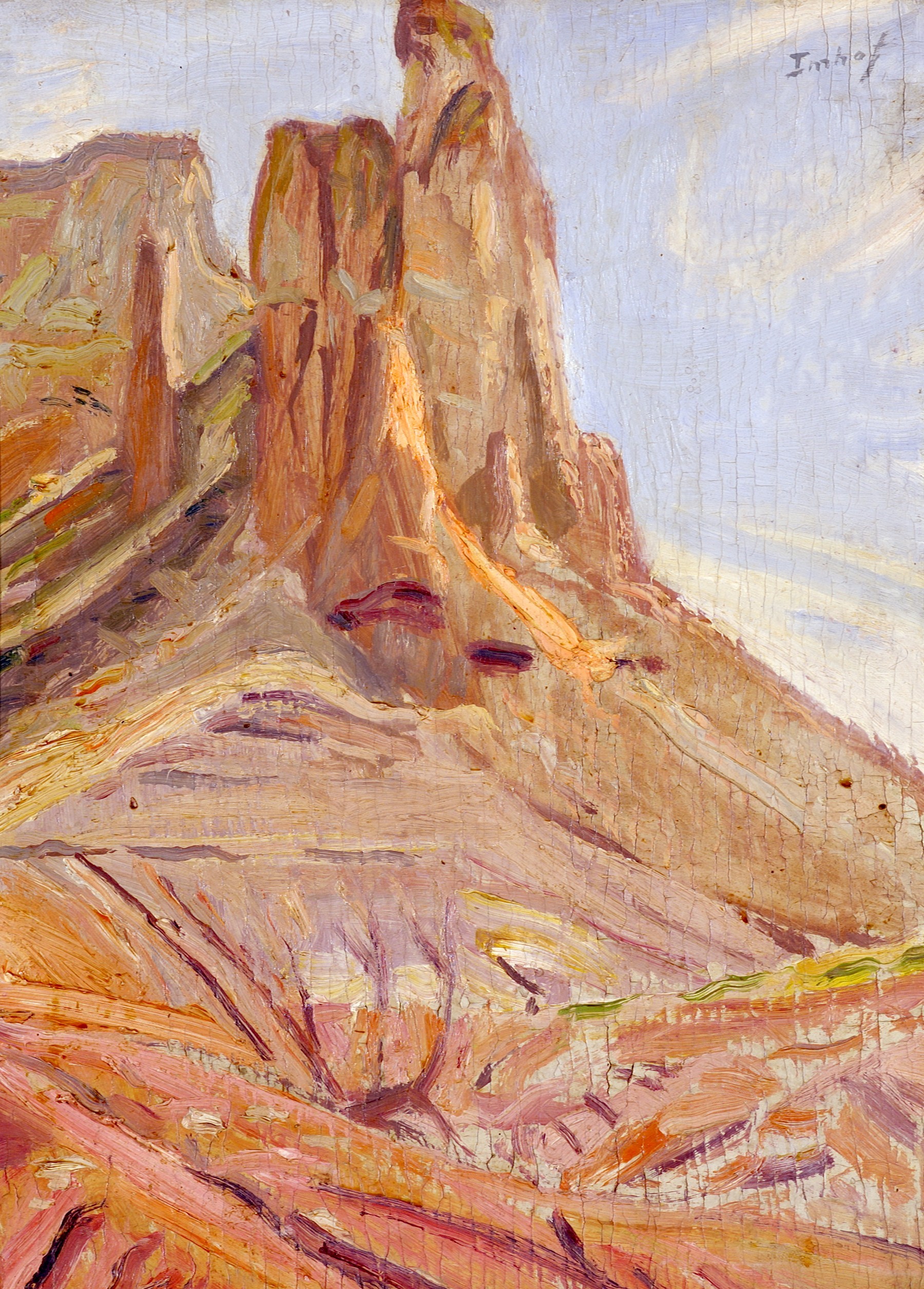 Born in Brooklyn, New York, Joseph Imhof was a self-taught lithographer for Currier and Ives in New York City and later became a documentary painter of Native American life in New Mexico. In 1891, he went to Europe for four years of formal training and apprenticed to artists in Paris, Brussels, Antwerp, and Munich. In Antwerp, he met and sketched Buffalo Bill and his Indians in the "Wild West Show," which was making a grand tour of Europe. Returning to the United States with a new focus on Native Americans, he studied the Iroquois Indians in New York state and in Canada.

In 1897, he married Sarah Stuart. Imhof and his wife traveled throughout the southwest and Europe before settling in Taos in 1929. He built his studio on the edge of the Pueblo reservation facing the Sacred Mountain. He is best known for his series of paintings focused on the importance of corn in the culture of the Pueblo Indians. He also taught color printing and had the first lithography press in Taos. 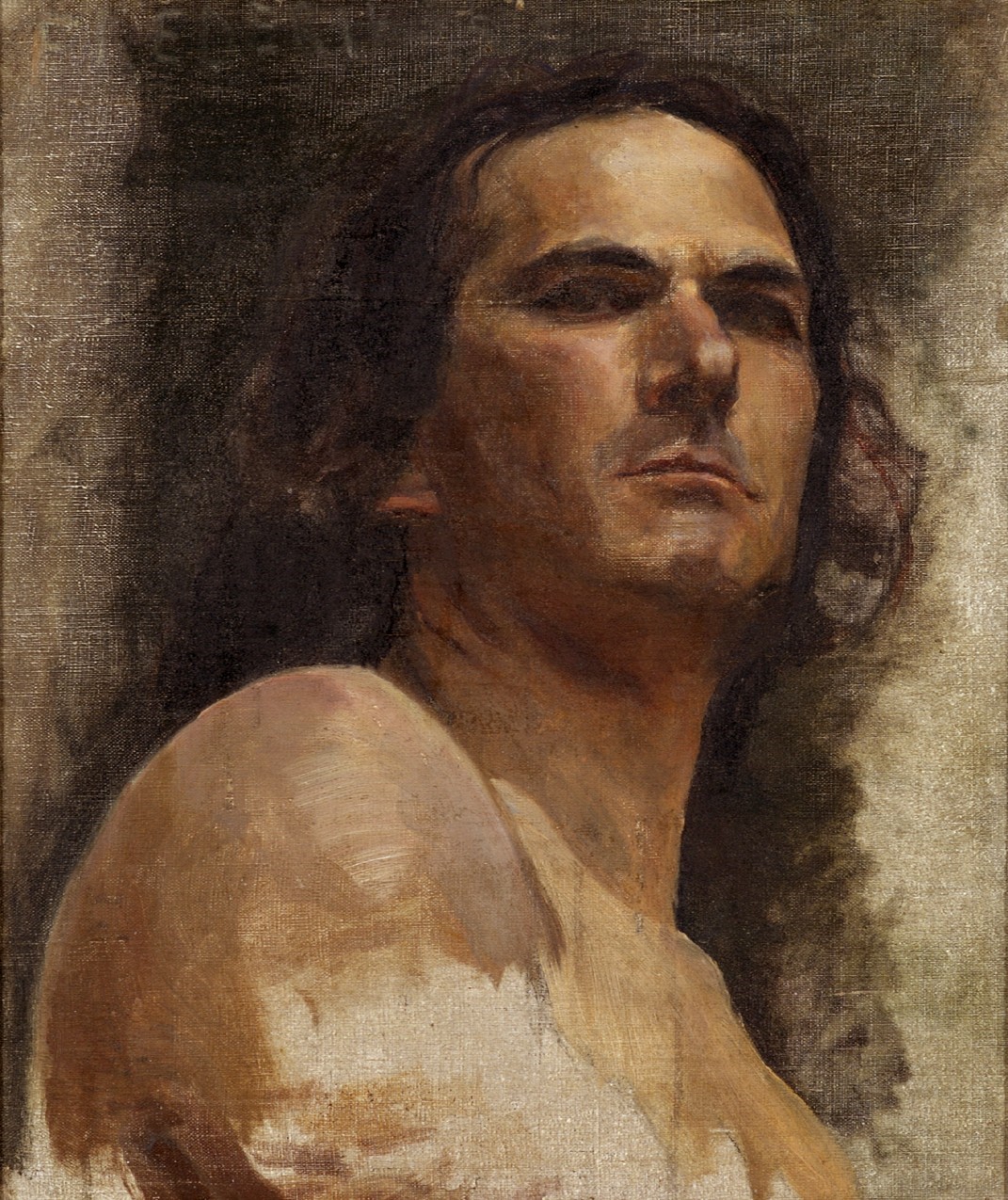 Walter Ufer was born in Germany in 1876 and immigrated with his parents to Kentucky the following year. Ufer showed artistic talent at a young age and apprenticed to a lithography firm where he learned basic design principles. He earned his formal art education at the Royal Academy of Fine Arts in Germany.

In 1911, Ufer married another young artist, Mary Fredericksen. After a year of traveling and painting throughout France, Italy, and North Africa in 1913, the couple moved to Chicago where Ufer worked as a commercial illustrator. The mayor of Chicago, Carter Harrison, commissioned several trips for Ufer to go to Taos, New Mexico to paint the Native Americans.

Ufer became a permanent resident of Taos in 1917 and was one of the founders of the Taos Society of Artists. Despite chronic alcoholism, he earned several prestigious awards and achieved national recognition for his distinction as a painter of the Taos Pueblo genre. 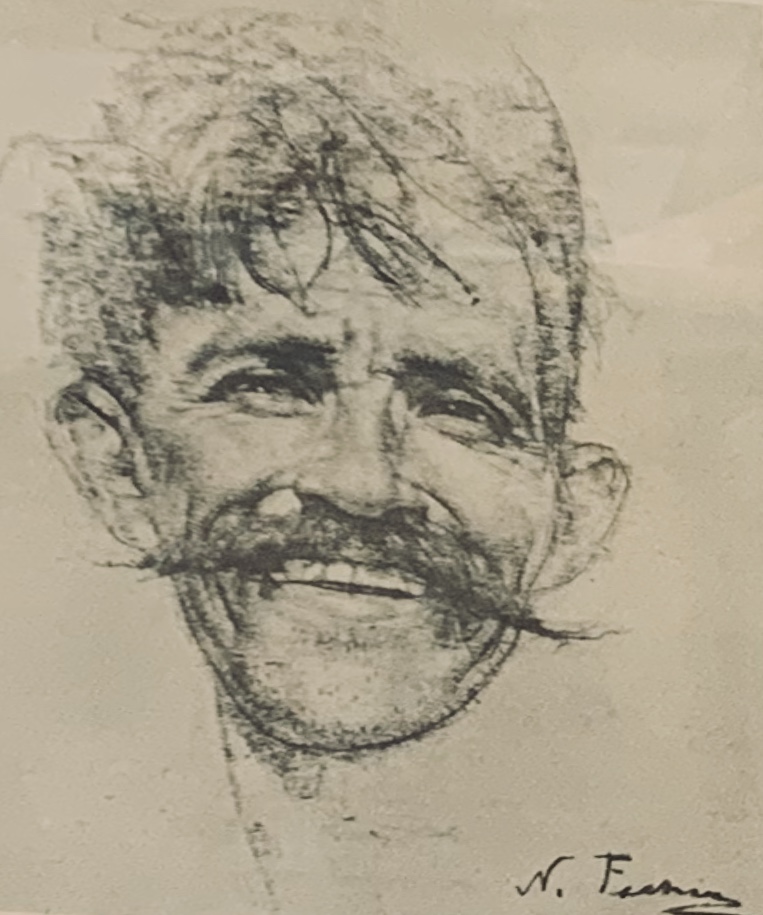 Born in Russia, Nicolai Fechin spent his childhood in the Volga Forest and learned wood carving from his father. When he was 13, Fechin enrolled at the Kazan Art School, founded by his grandfather, and six years later he began study at the Imperial Academy of Art in St. Petersburg.

After graduation from the Academy, Fechin was a teacher at the Kazan Art School, and also studied at the Imperial Academy of Art in Petrograd (which later became Leningrad). He earned scholarship money to study in Paris and throughout Europe which allowed him to leave Russia during the Bolshevik Revolution.

Fechin emigrated to America in 1923 with his wife and daughter settling in New York City. He taught at the New York Academy of Art and traveled west with his family during the summers. Fechin eventually moved his family to Taos where he built the family home incorporating Russian folk art into the woodwork. In 1981 Fechin’s daughter formed the Fechin Institute, a non-profit, educational organization headquartered in the house. The Taos Art Museum acquired the Fechin property in 2002. 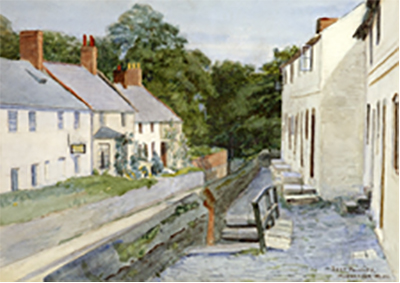 Bert Phillips was born in Hudson, New York in 1868.  After studying at the Art Students League and the National Academy of Design, he set up a studio in New York where he painted for the next five years. He then spent several months in England and some time in Paris studying at the Academie Julien. While at the Academie, Phillips met Joseph Sharp and Ernest Blumenschein. Sharp, who shared Blumenschein and Phillips’s fascination with the Native American, had visited Taos in 1893. He told the two young artists about the beauties of the New Mexico village.

After returning to New York where Phillips and Blumenschein shared an art studio, the two decided to plan a painting expedition through Colorado and New Mexico. Their journey ended when their carriage broke down in the vicinity of Taos in 1898. Phillips settled immediately, becoming the first of the pioneer Taos artists to establish permanent residence there. In 1912 the Taos Society of Artists was organized with Phillips, Blumenschein, Sharp, Irving Couse, Oscar Berninghaus, and Herbert Dunton, as the six charter members. 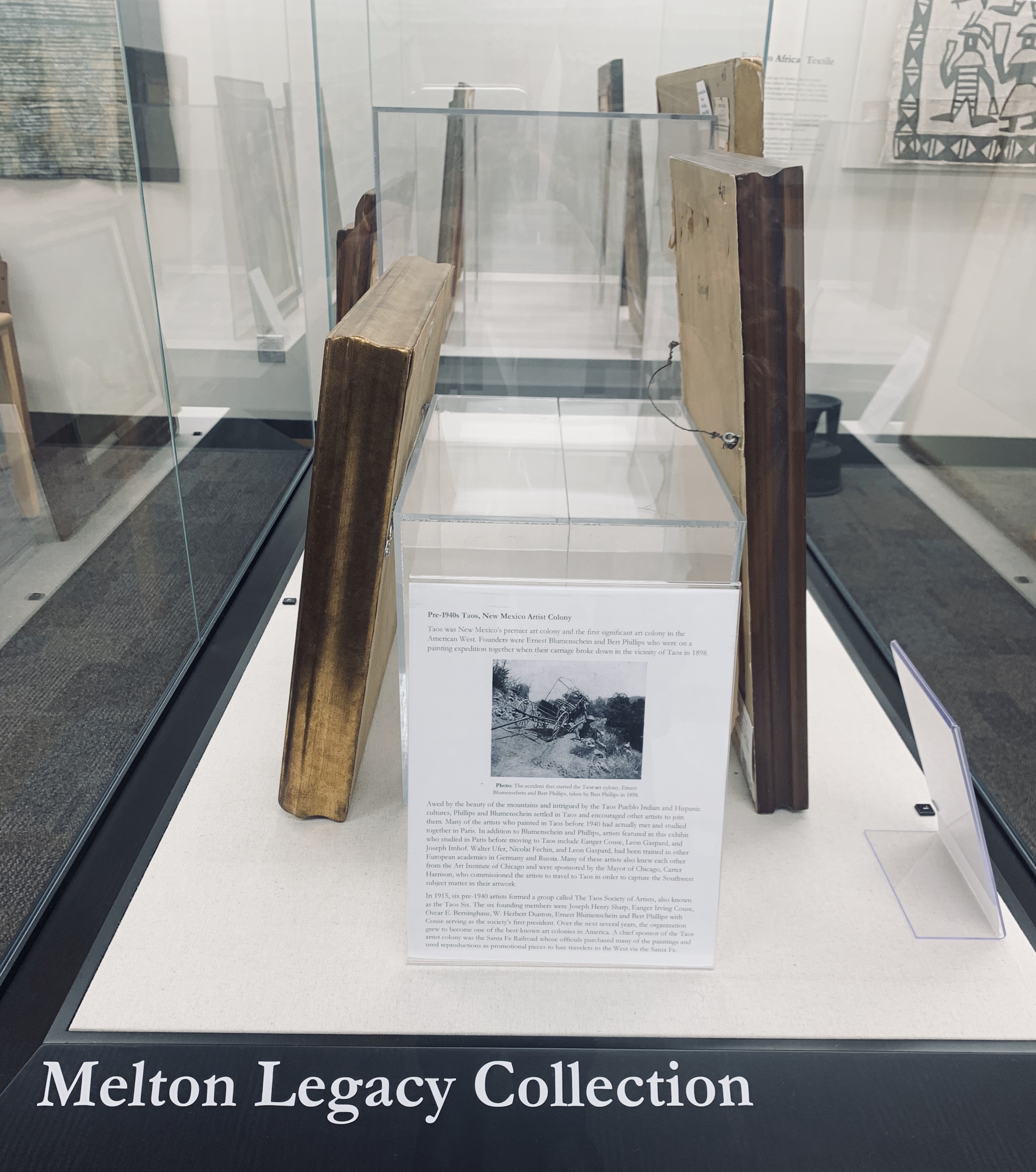 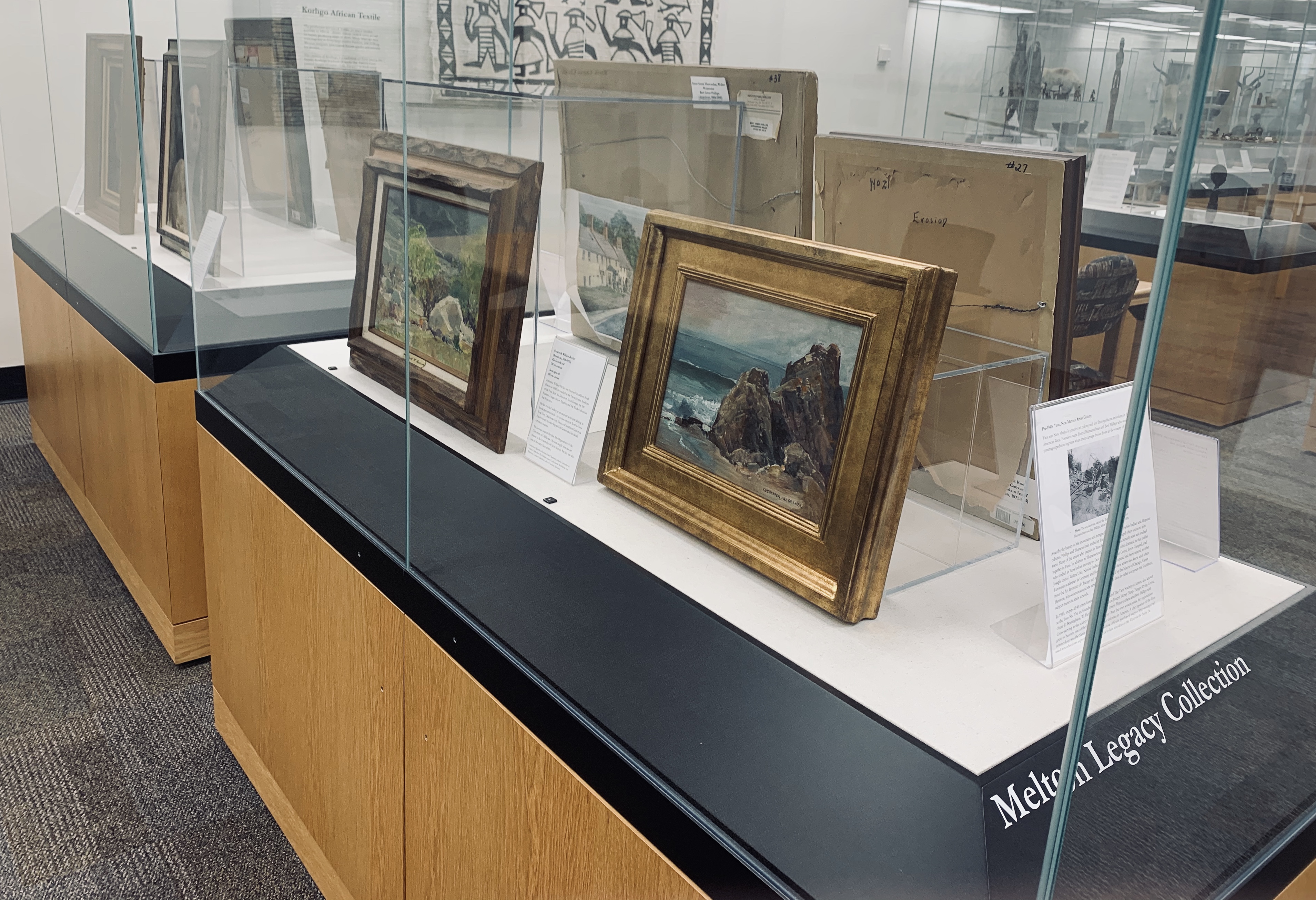 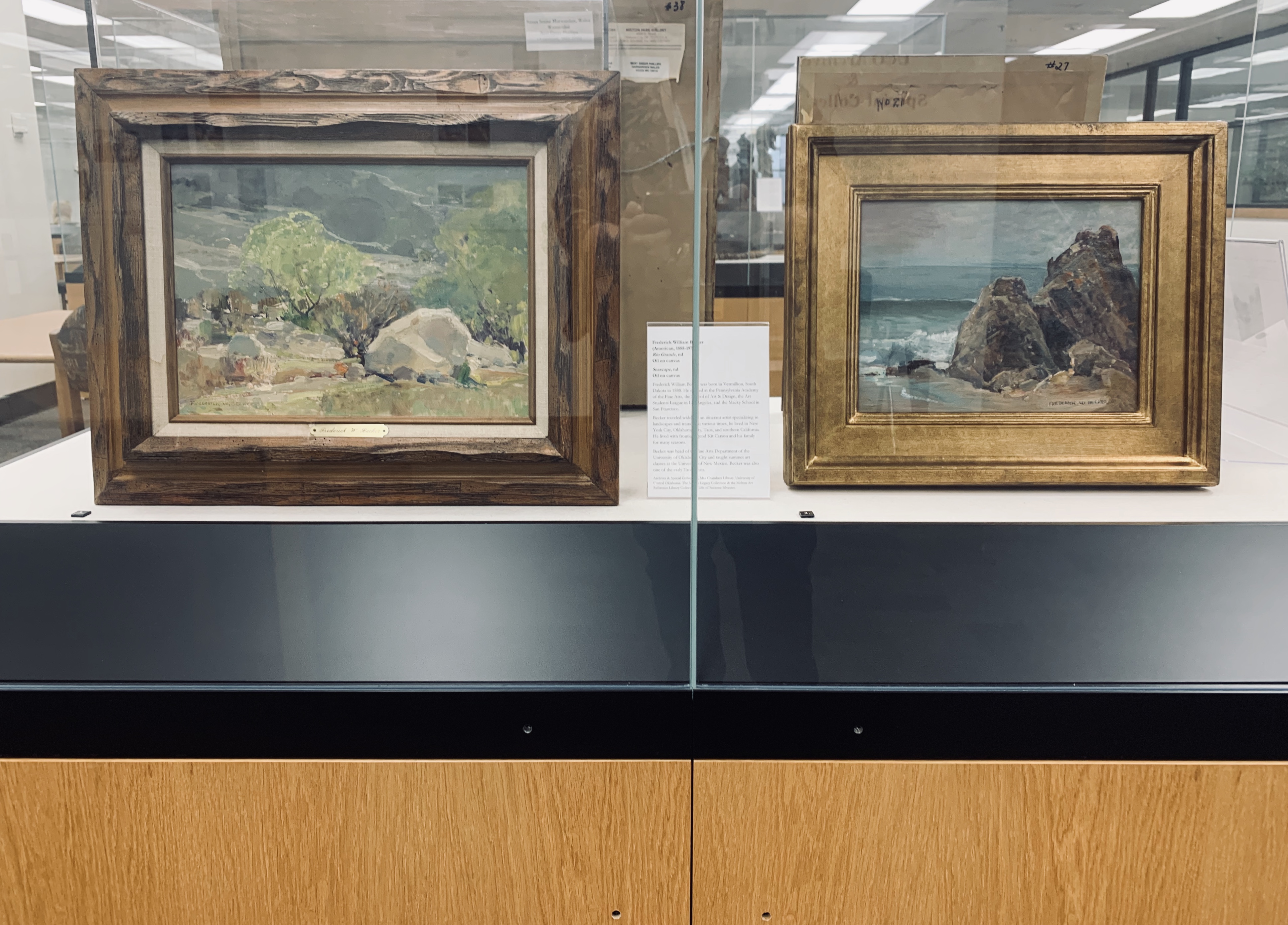 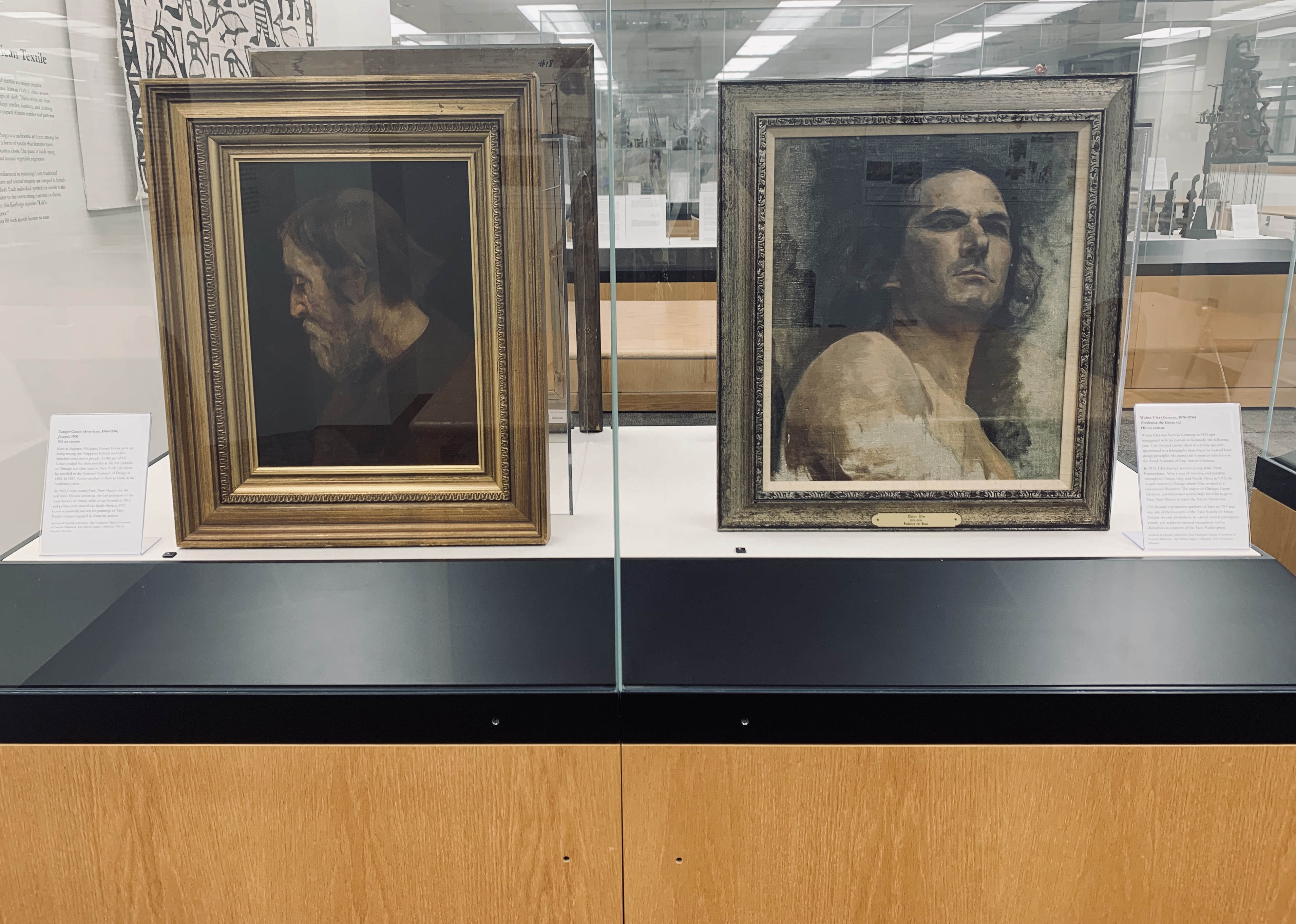 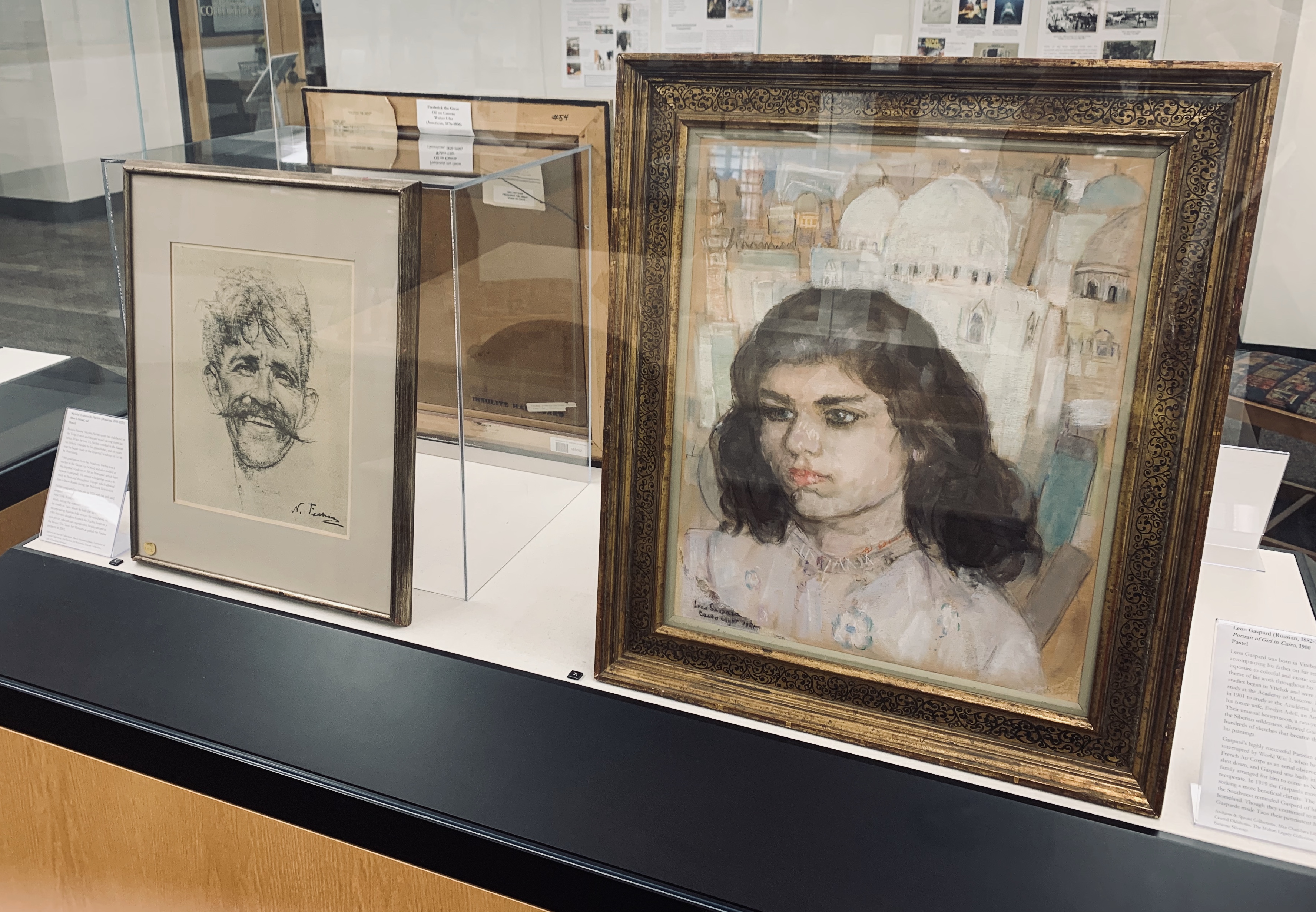 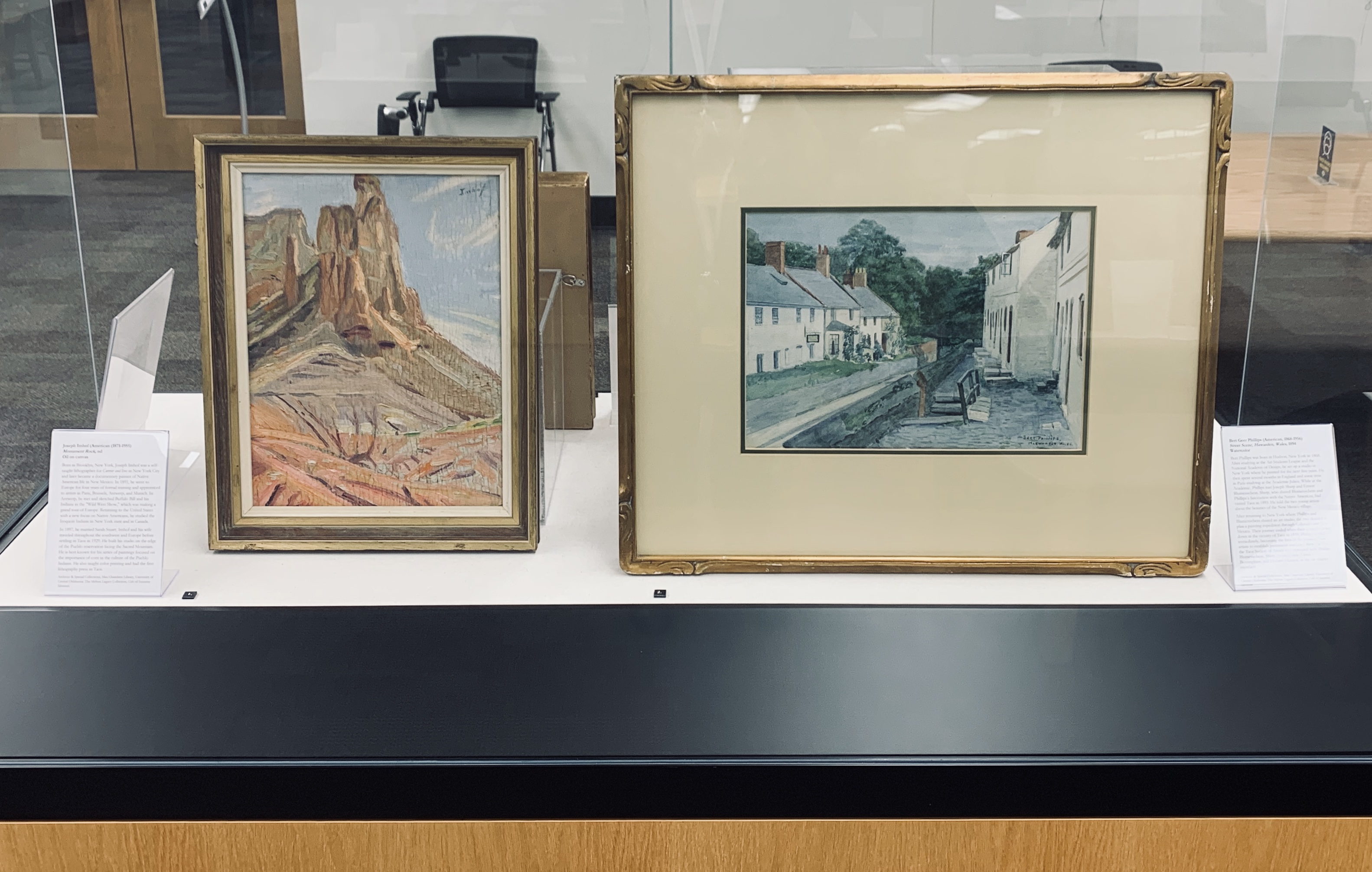 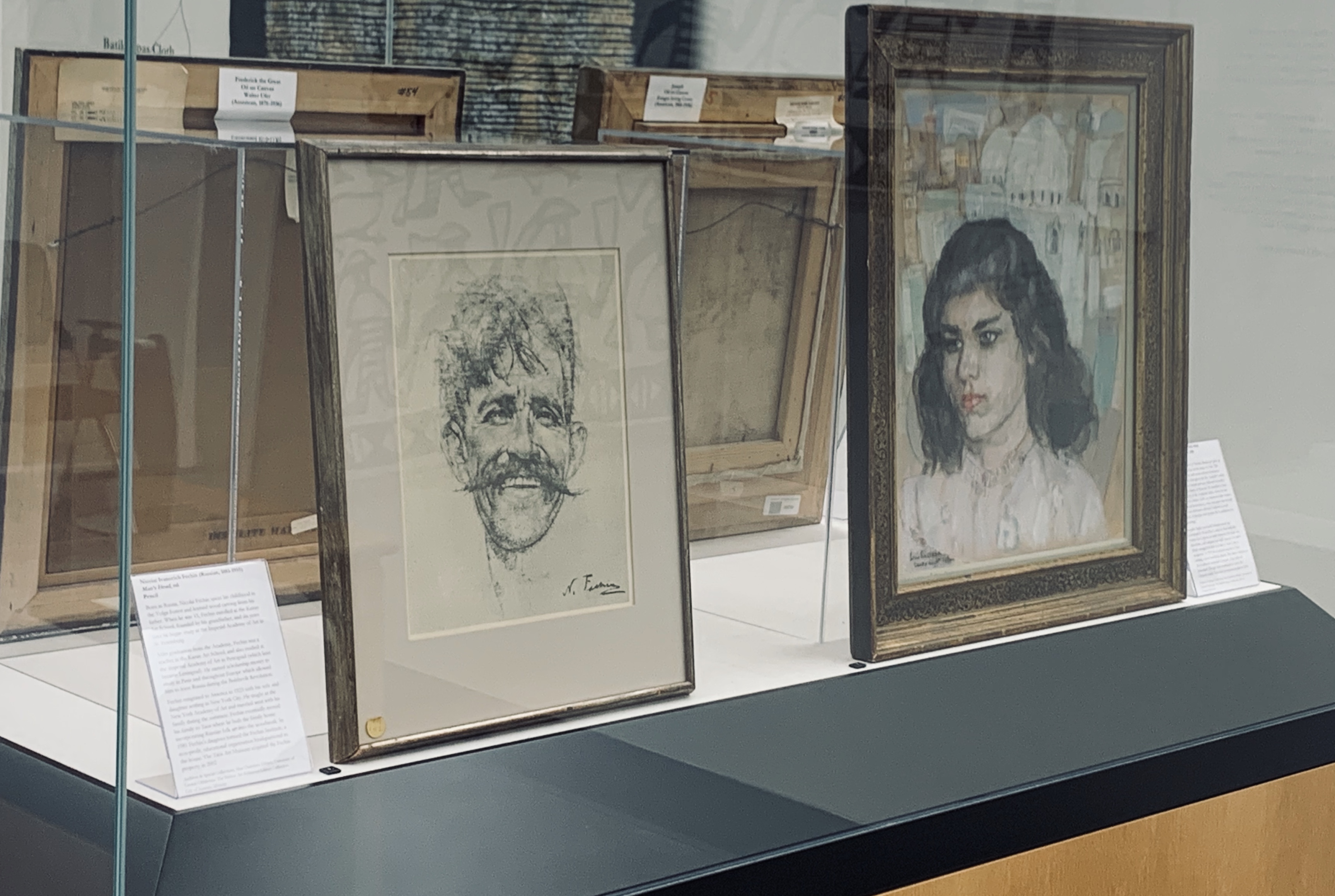