Nude or Naked? Perceptions of the Human Form in Art

The nude has been the subject of art for centuries and continues to be a defining feature in art today. Early representations of the female nude probably had a religious function and served as a symbol of fertility. The idealized male nude that emerged in classical Greek sculptures (6th-5th century BC) memorialized real men and portrayed gods. Female nudes that emerged in the 4th century BC often depicted a modest representation of Aphrodite, the female goddess of love.

After the rise of Christianity, the most accepted representation of the nude was in religious art such as the biblical story of Adam and Eve. With the rediscovery of Greco-Roman antiquity in Italy in the 13-16th centuries and the growing interest in human anatomy, nudity (and drawing nudes from life) became a respectable theme in visual art and science.

Development of photography in the 19th century greatly aided artists in their depiction of figures enabling them to do away with lengthy modeling sessions and allowing them to portray less idealized and more inclusive representations of the human form. Given the rise of photography and more realistic representations of nude figures, the line between art and pornography became more obscured.

In 1956, art historian Kenneth Clark offered his theory on the difference between nudity and nakedness: “…nudity refers to a culturally transcendent and virtuous depiction of an unclothed body, while nakedness refers to an exposed, vulnerable, and embarrassing image of an unclothed body.” The current exhibit offers varied representations of nude male and female figures in numerous mediums including paint, ink, crayon, pencil, print, and mixed media.

Using Clark’s definitions of nudity and nakedness, would you characterize some of the unclothed portraits as nude and others as naked? Do some of the artists depict the classical idealized form? In your opinion, do any of the images border on pornography? We're interested in your feedback on these questions. Provide your responses in our survey. 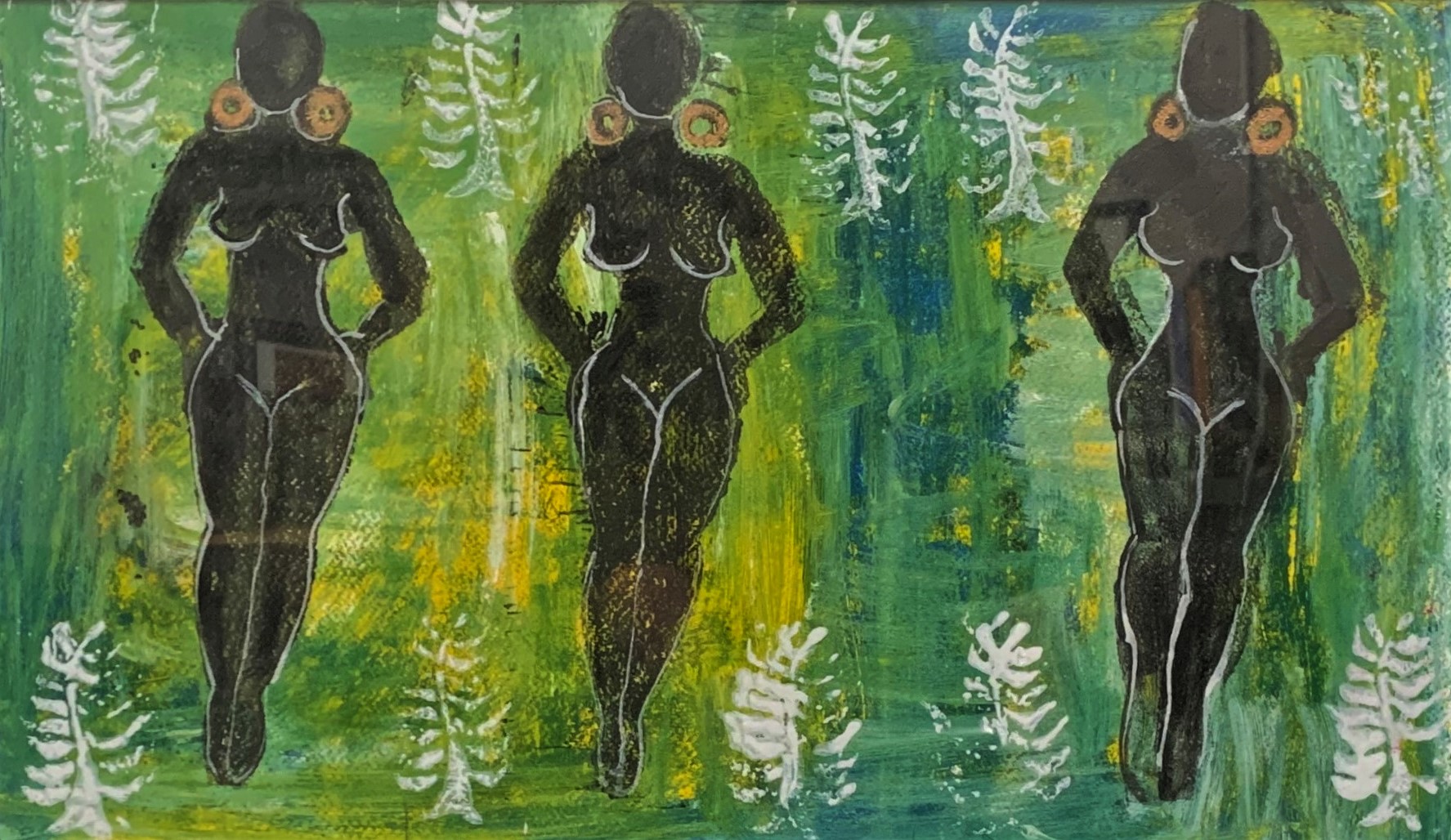 Suzanne Thomas-Justice, Three Graces, 2013. Monoprint. On loan from the artist. 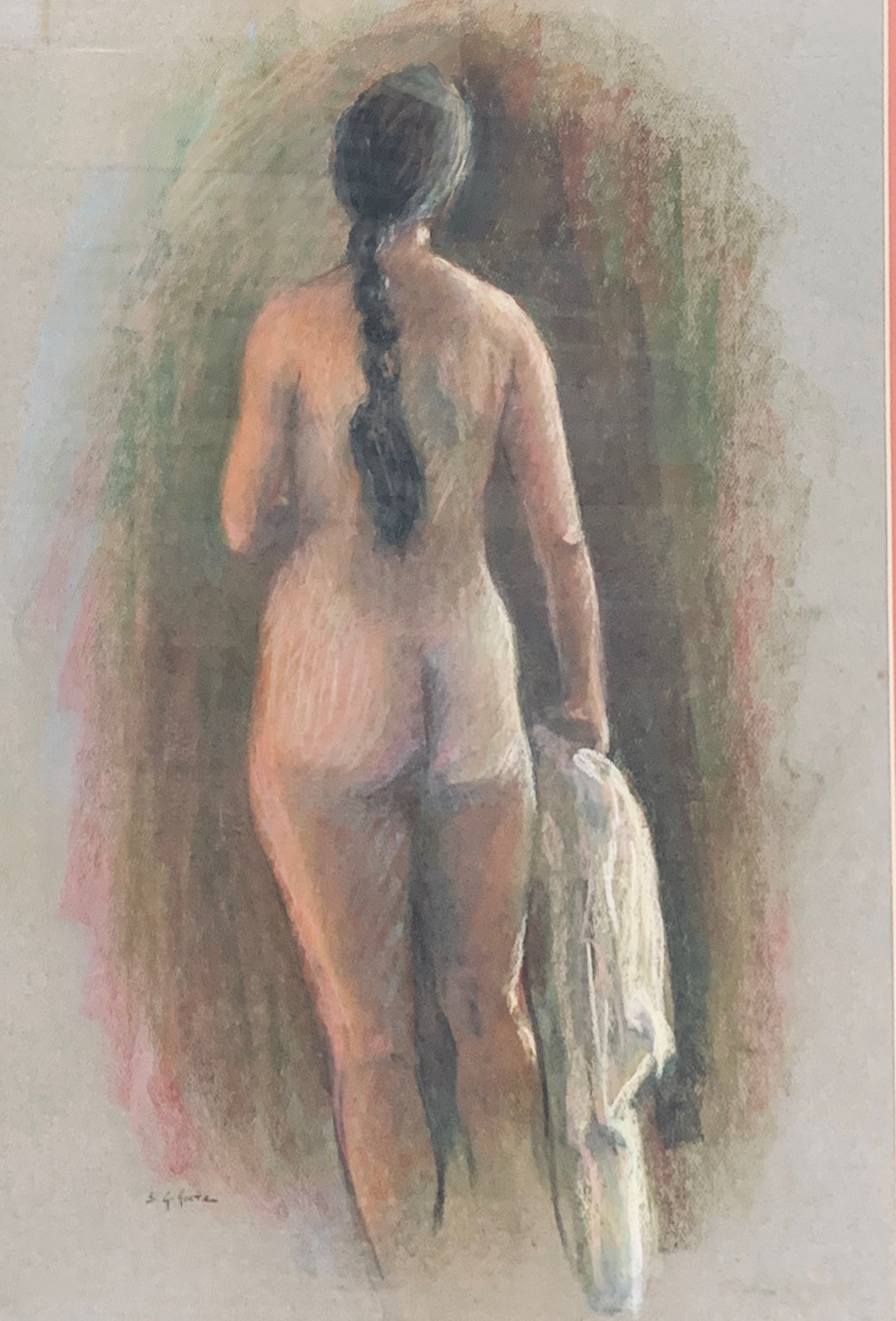 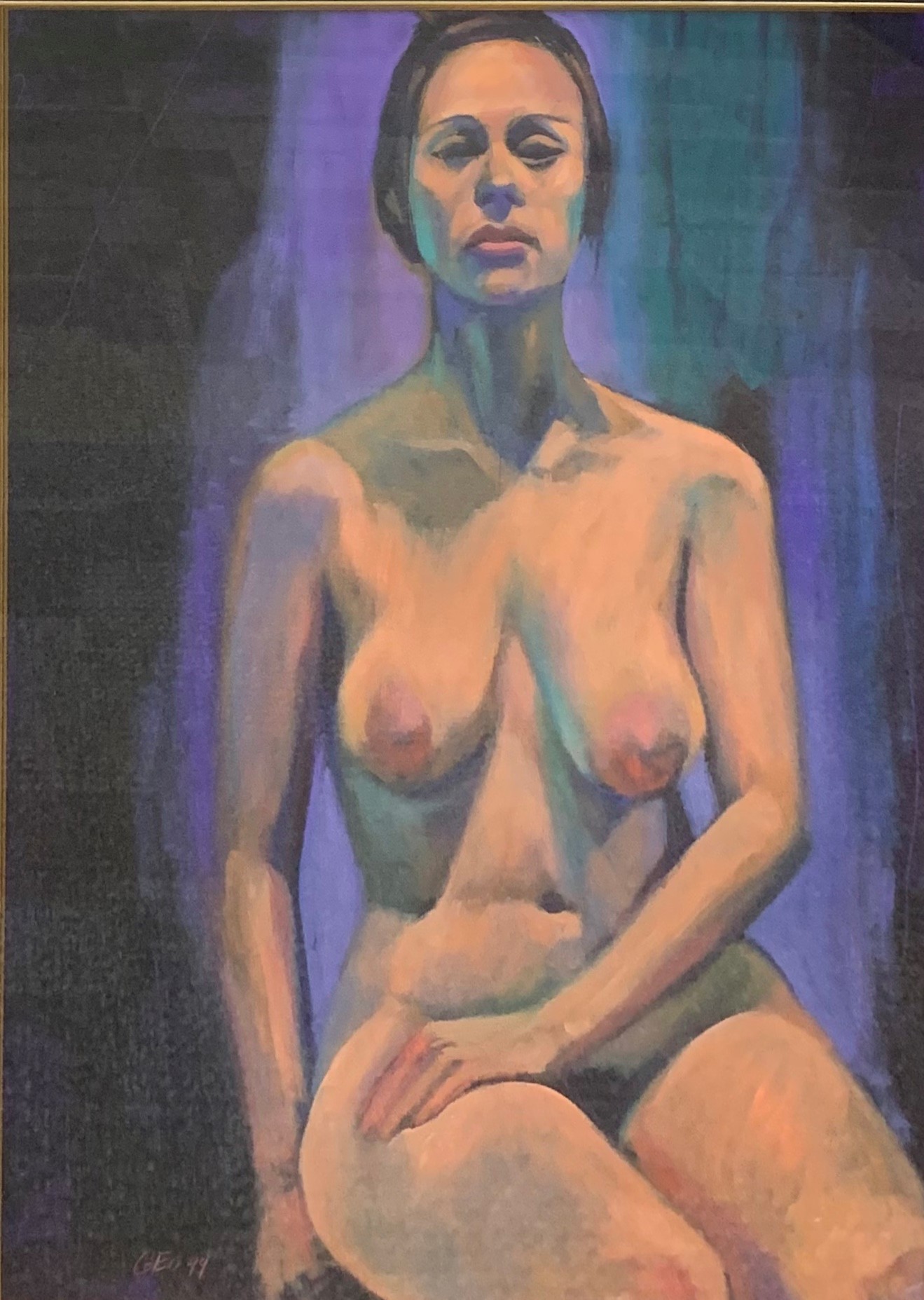 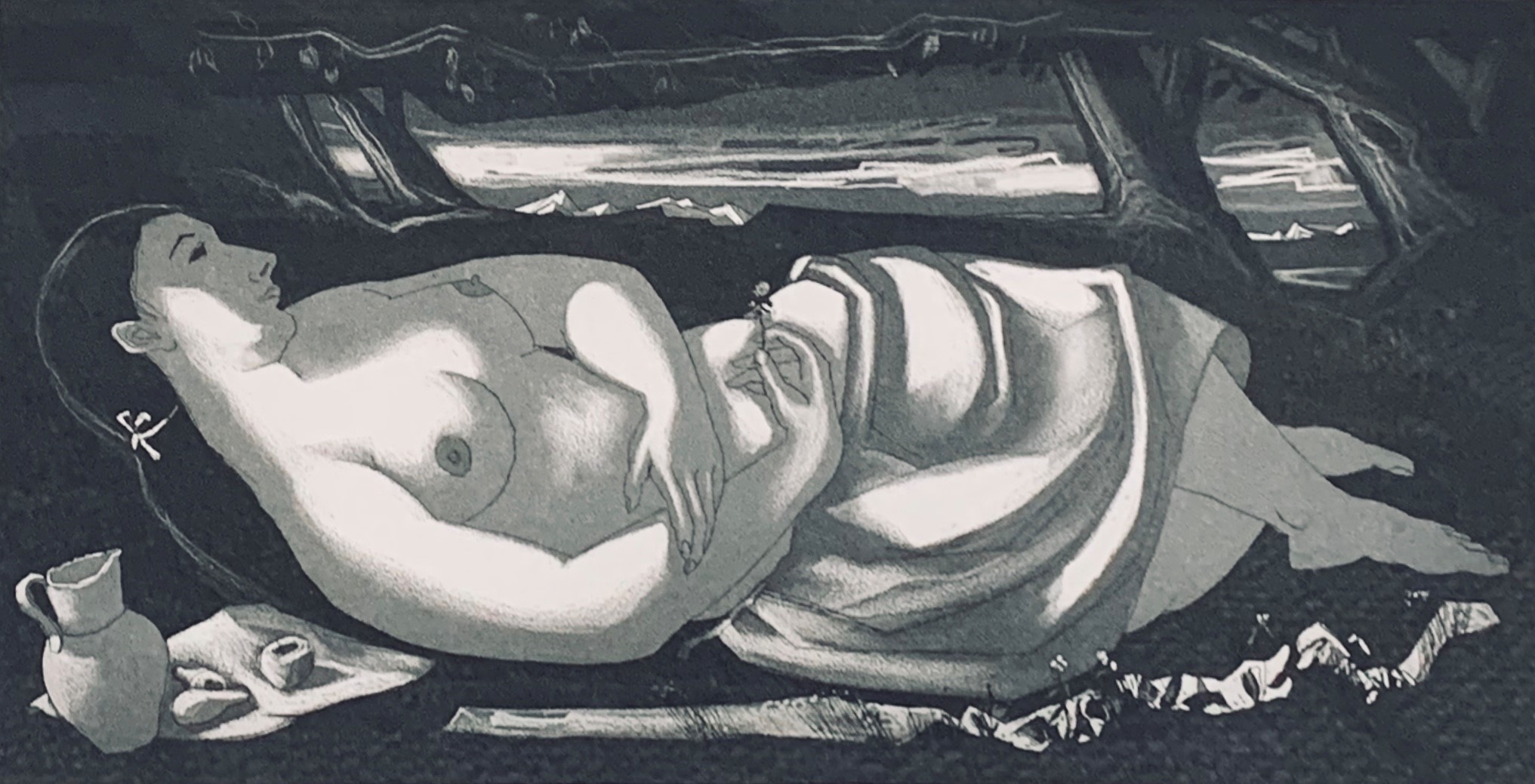 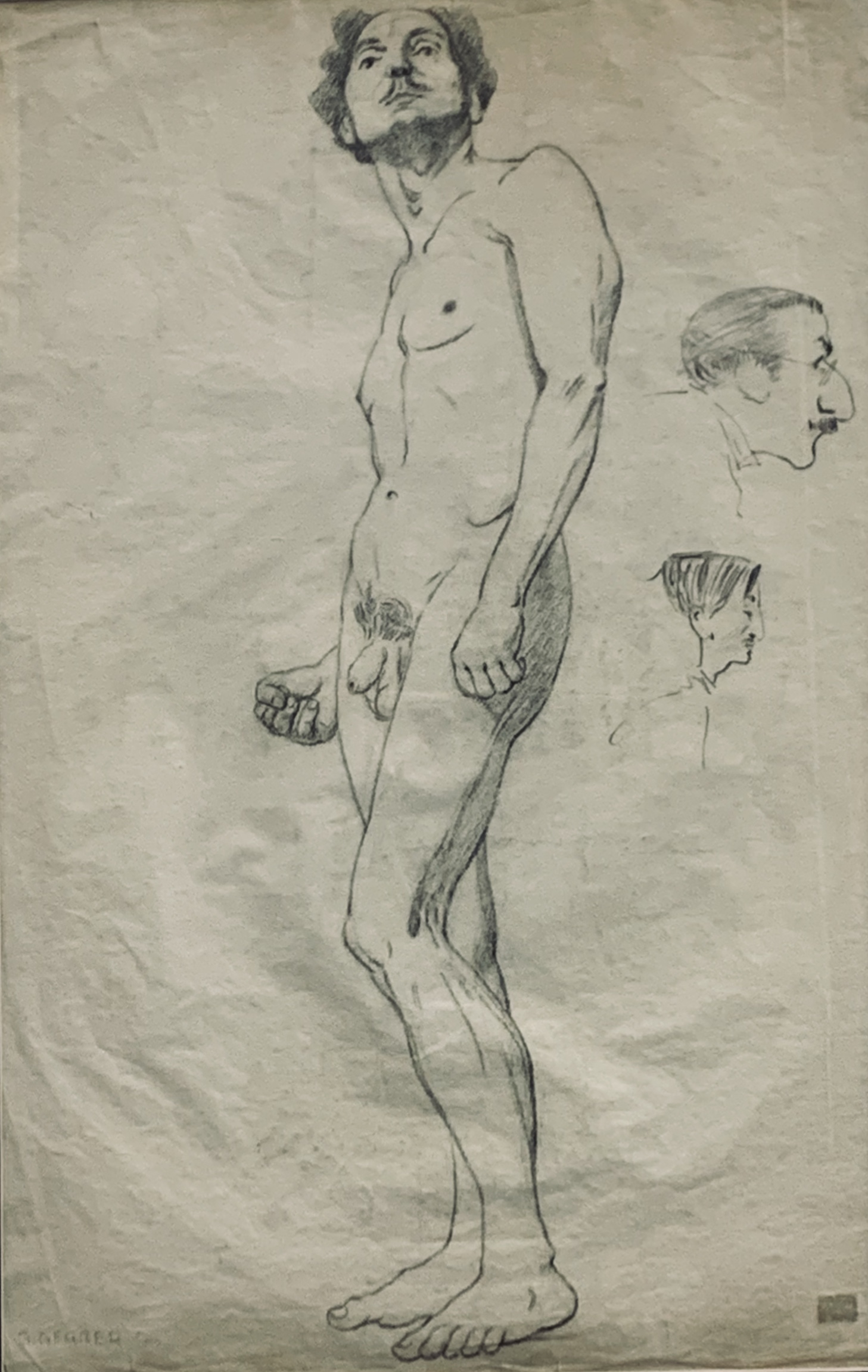 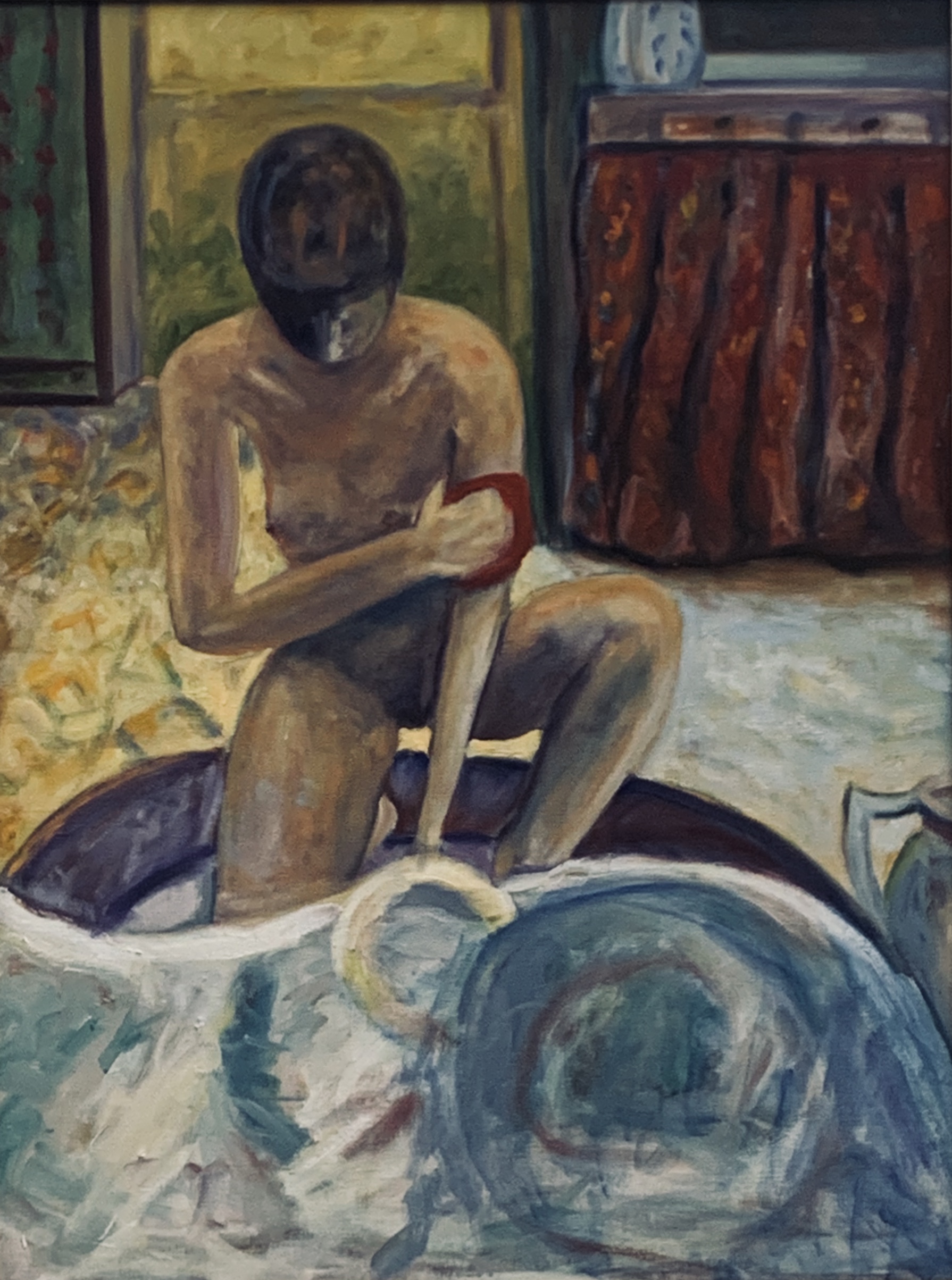 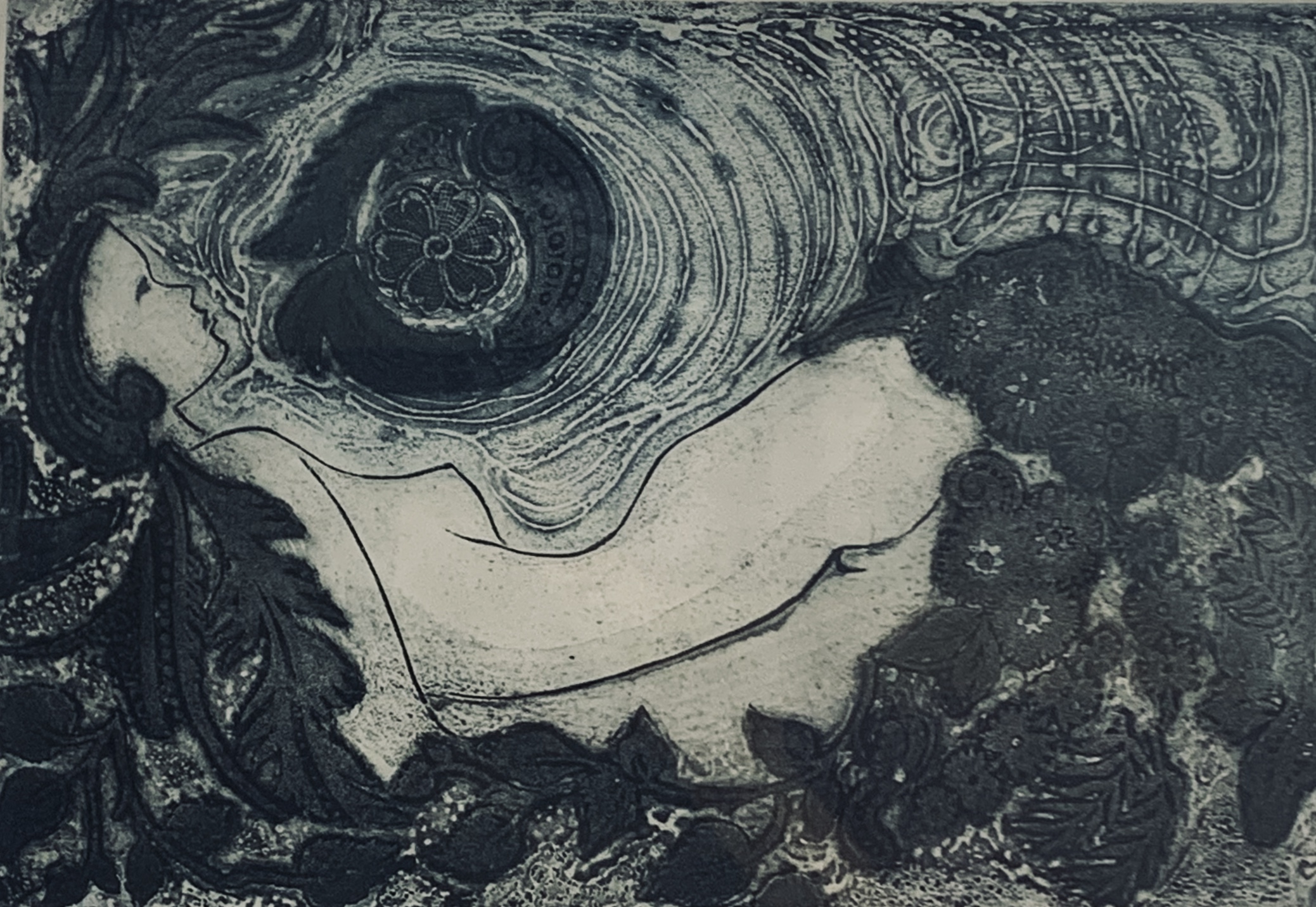 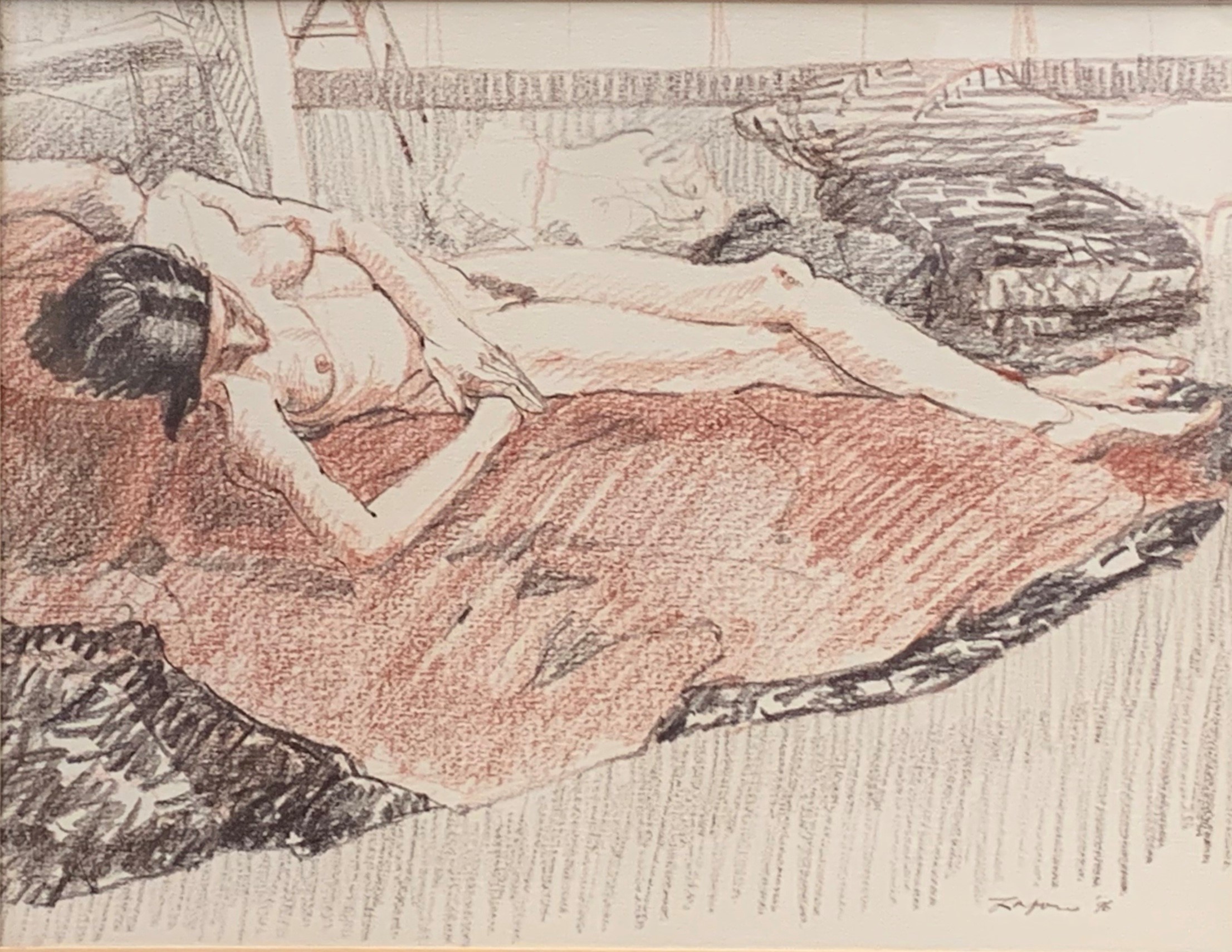 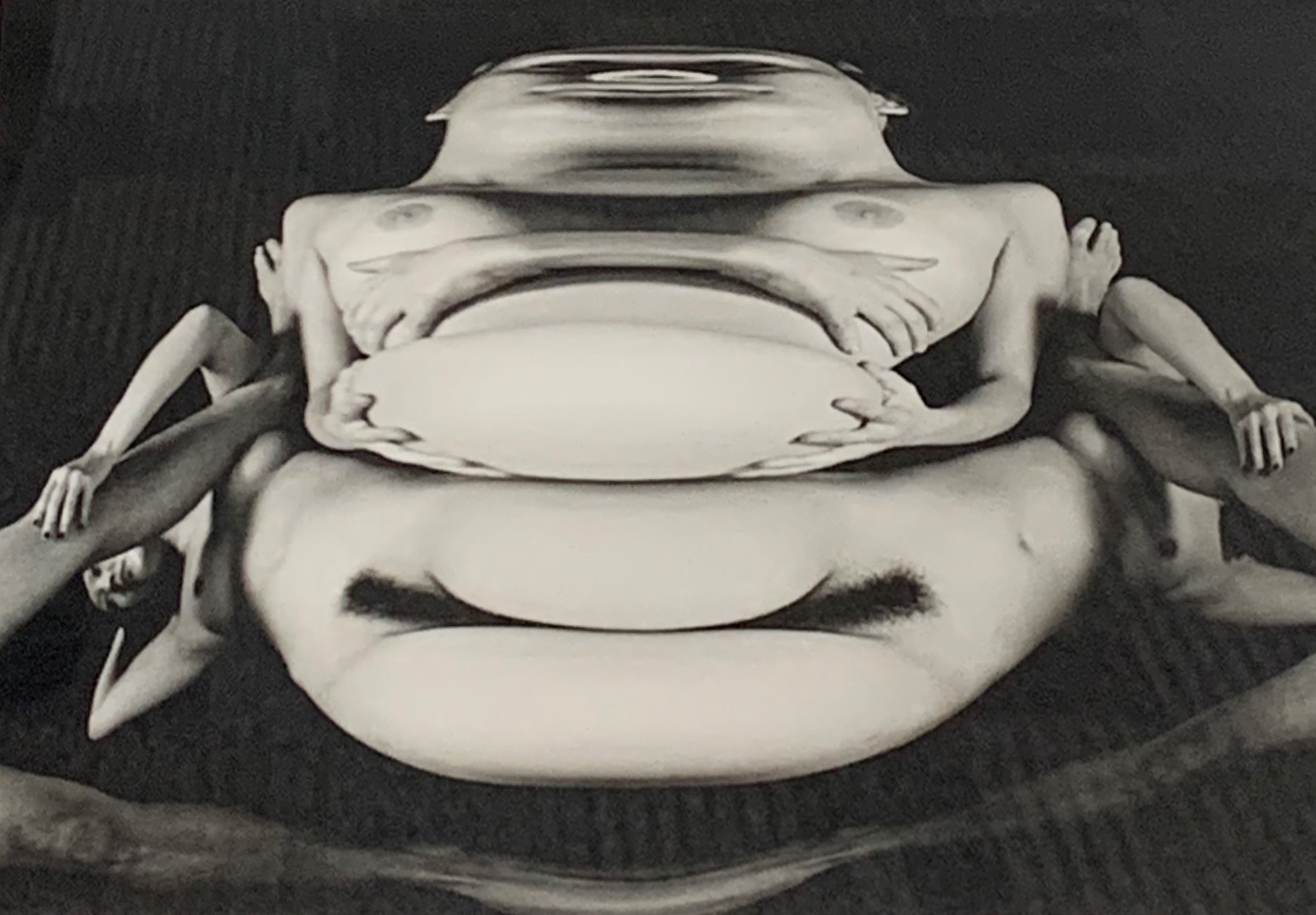 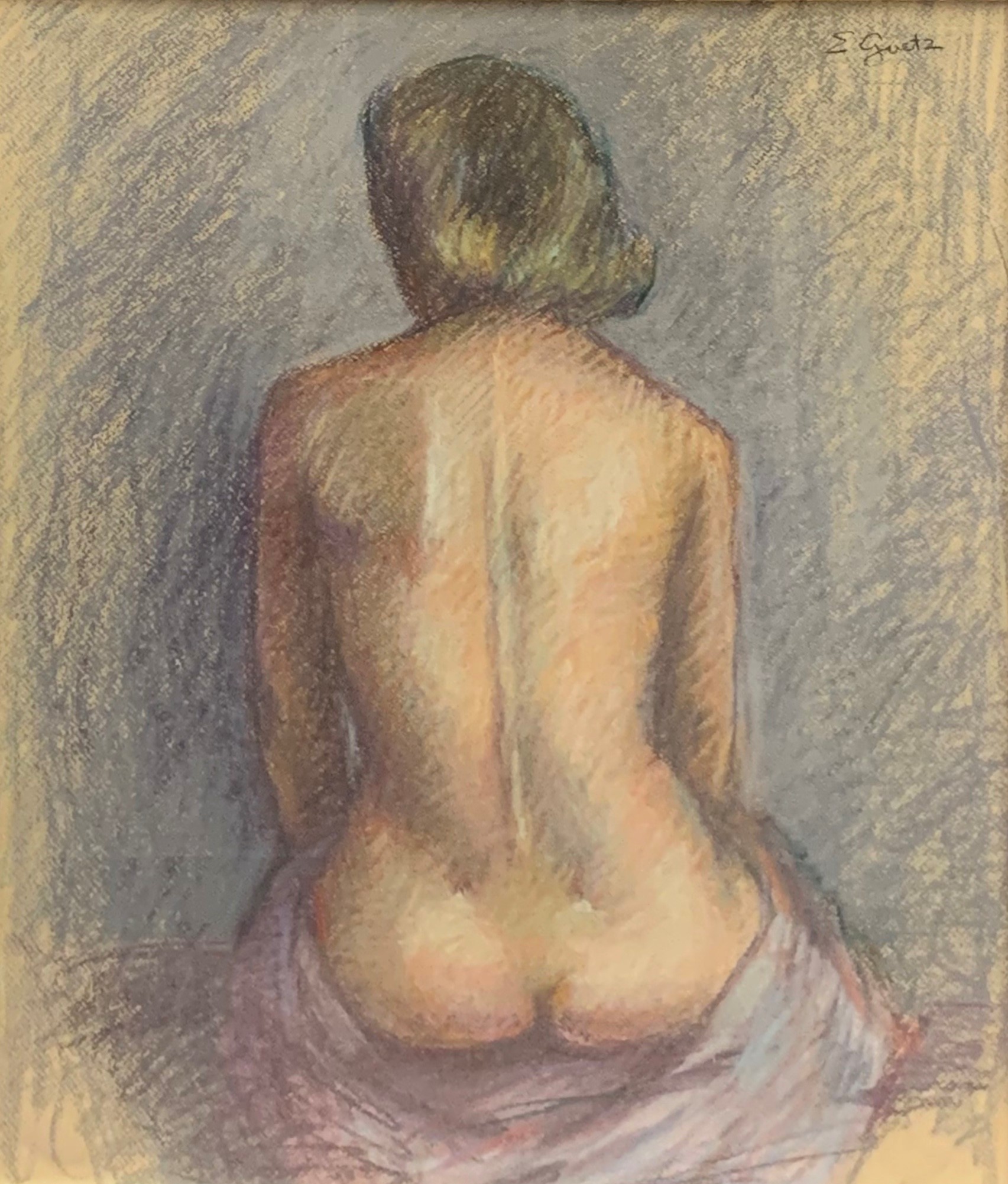 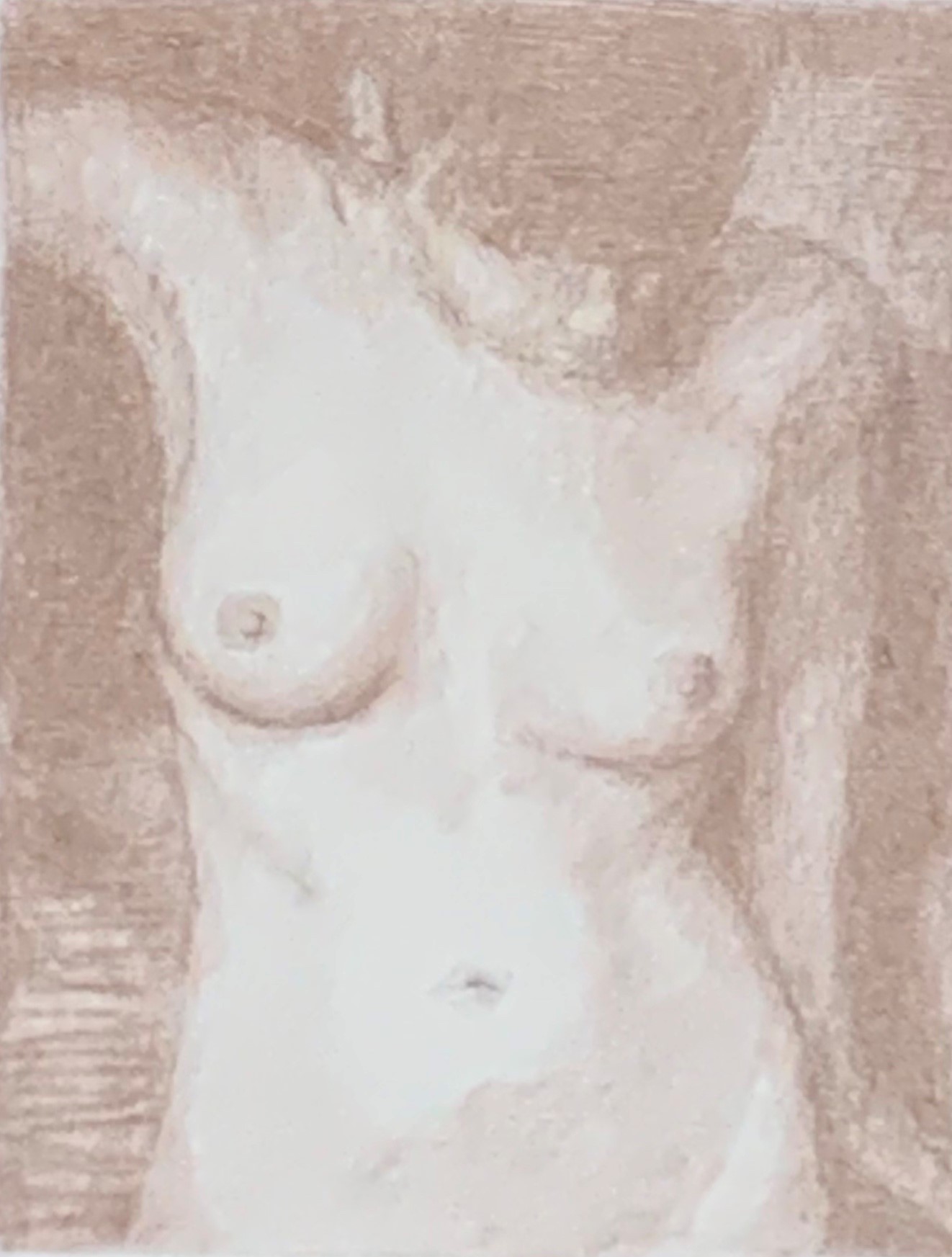 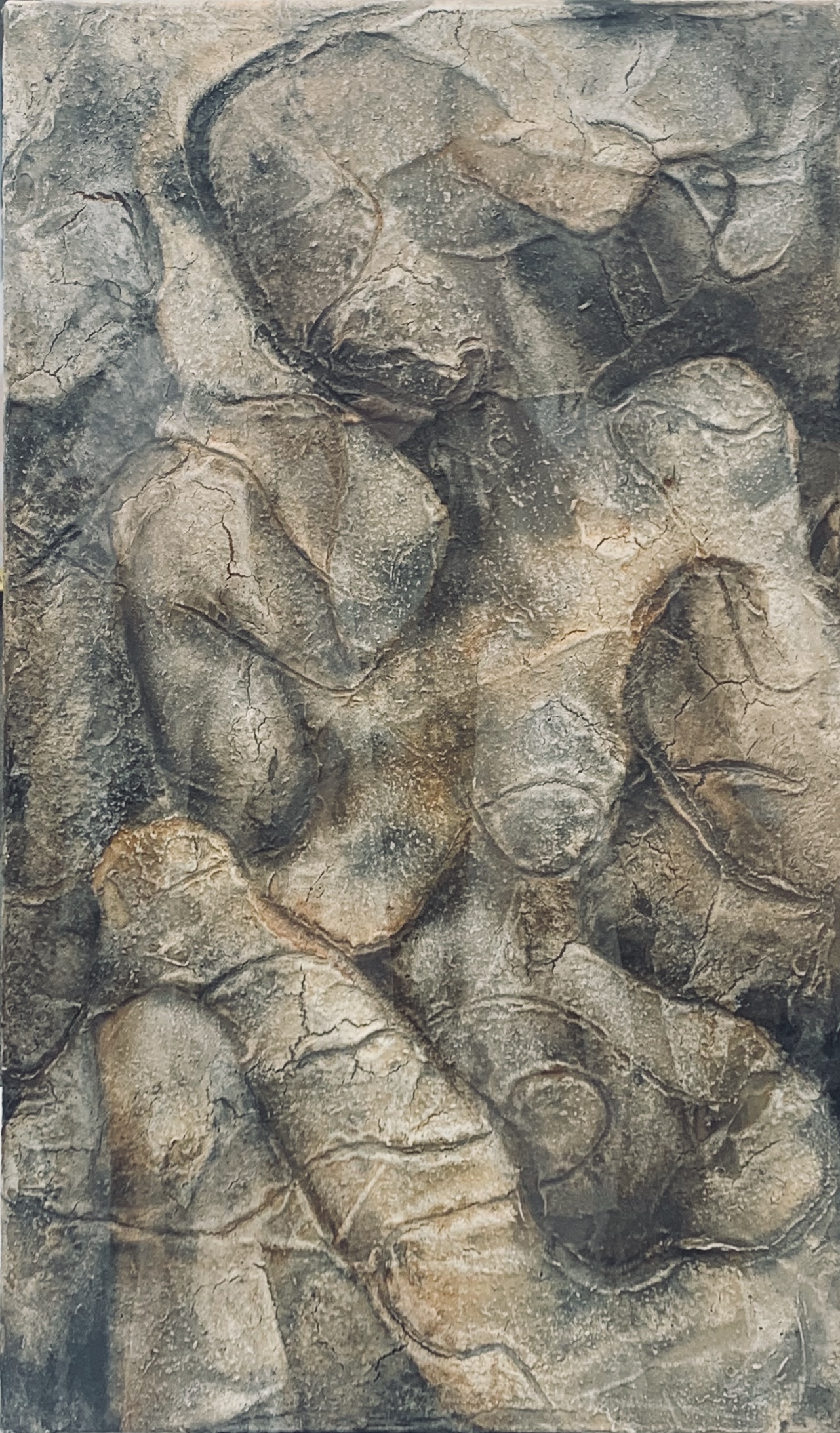 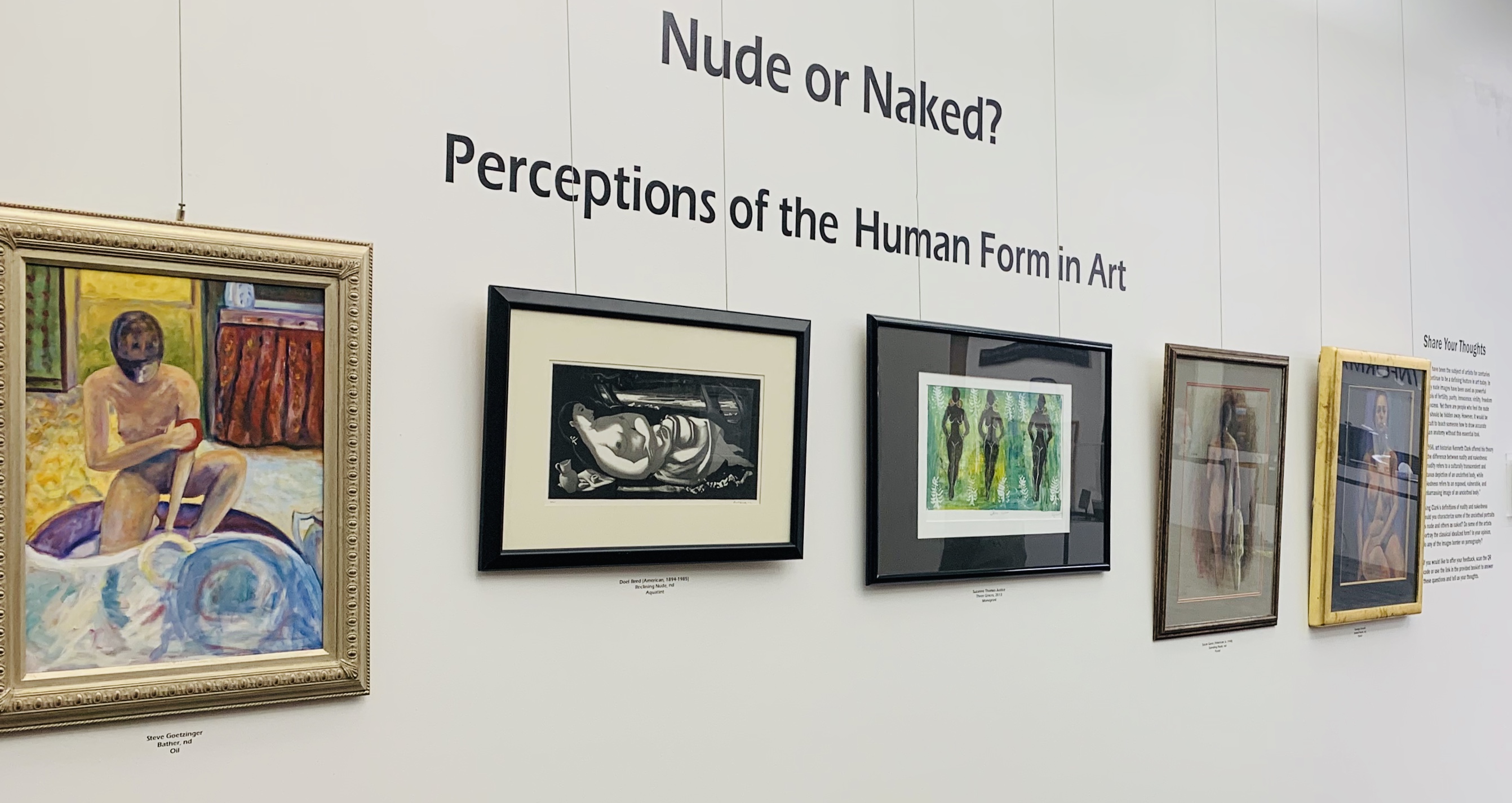 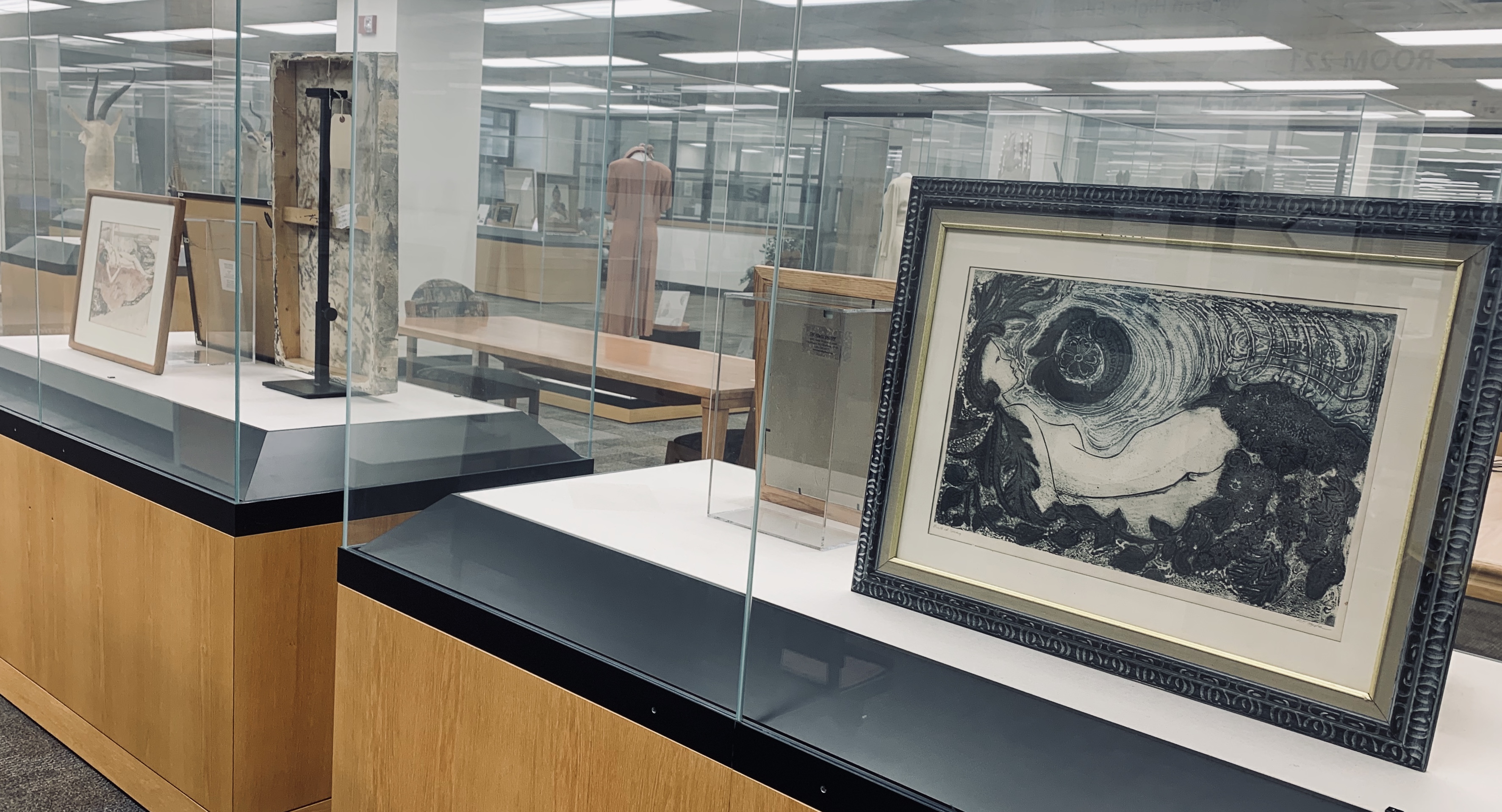 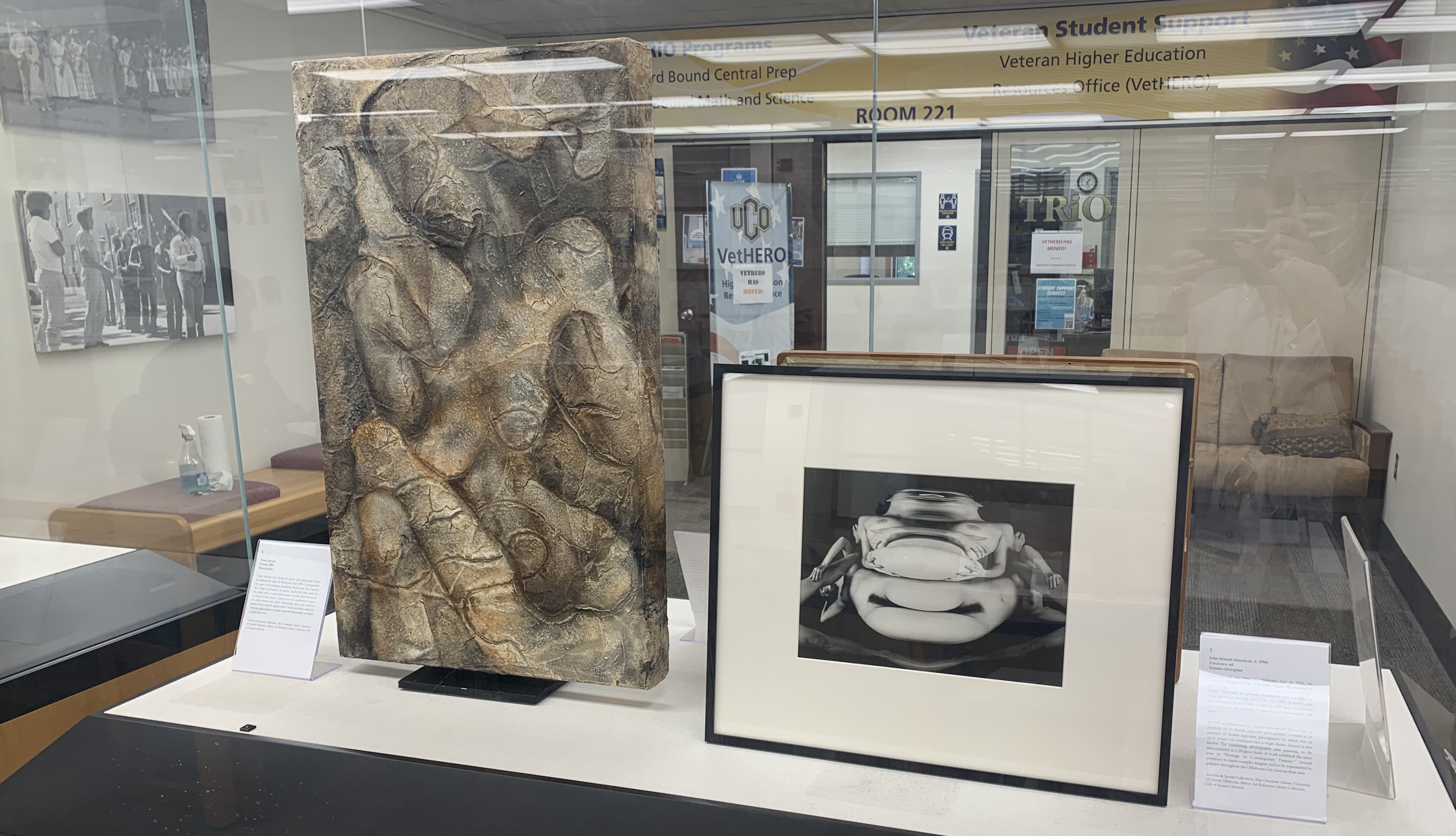 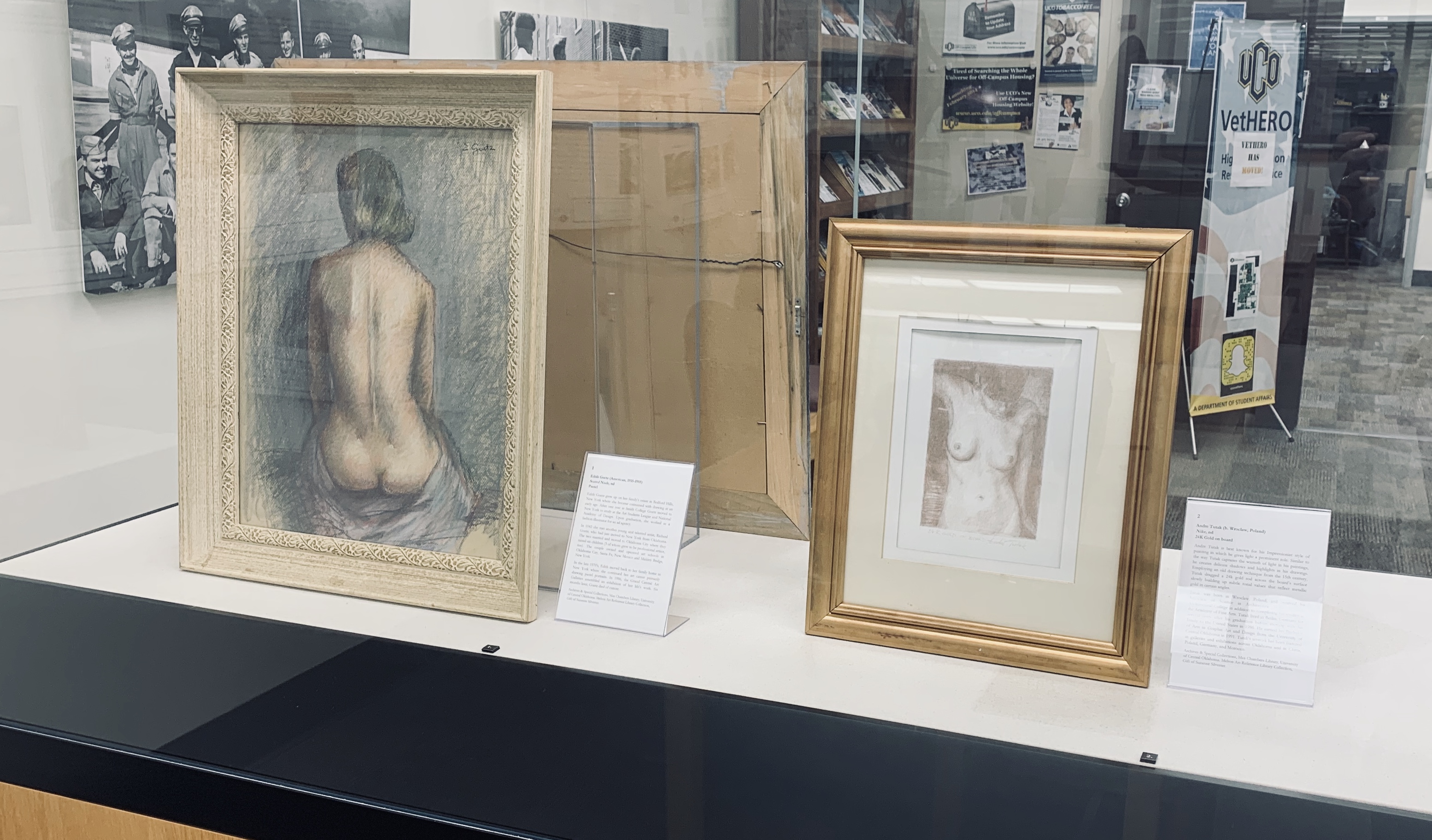 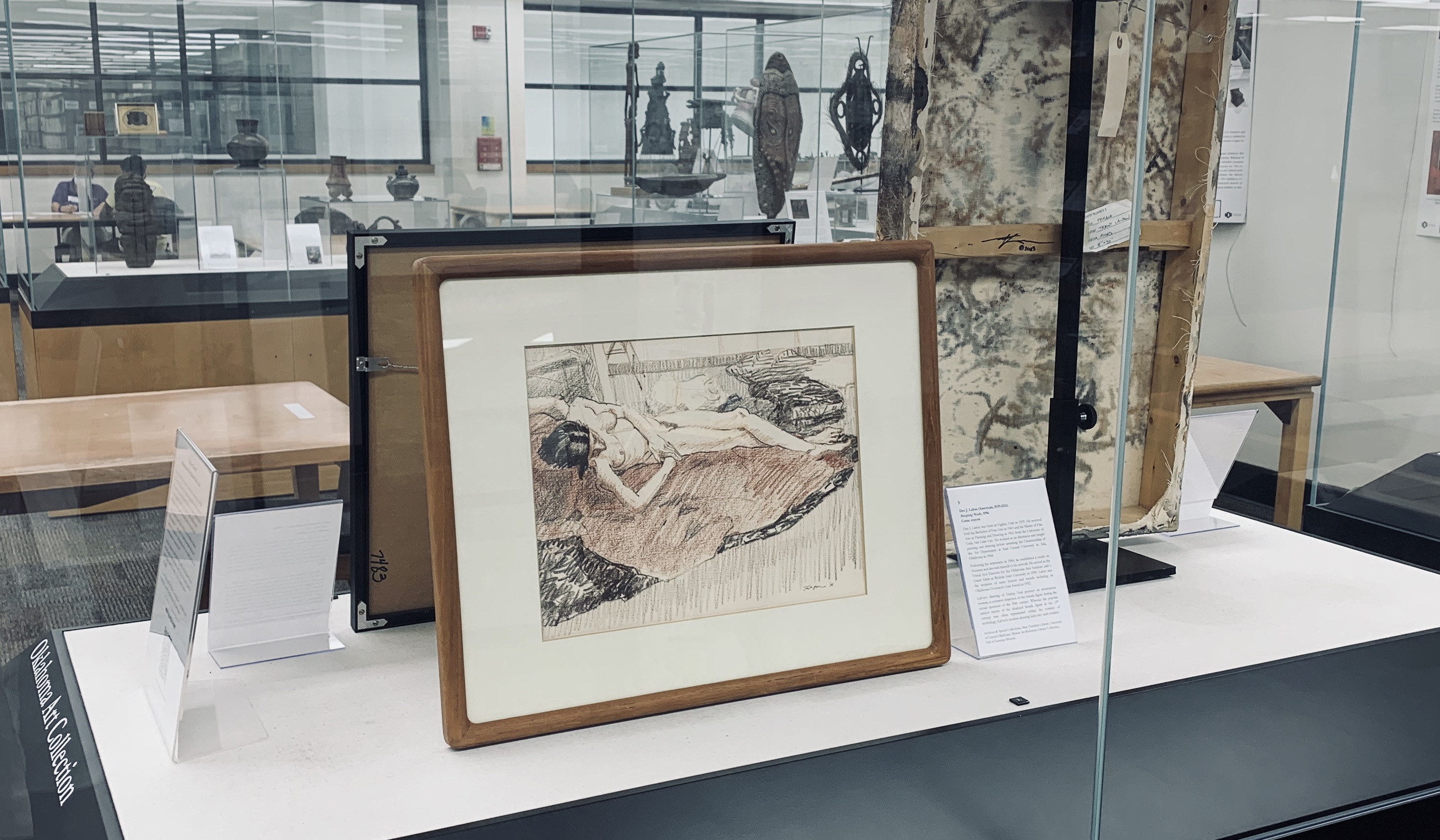 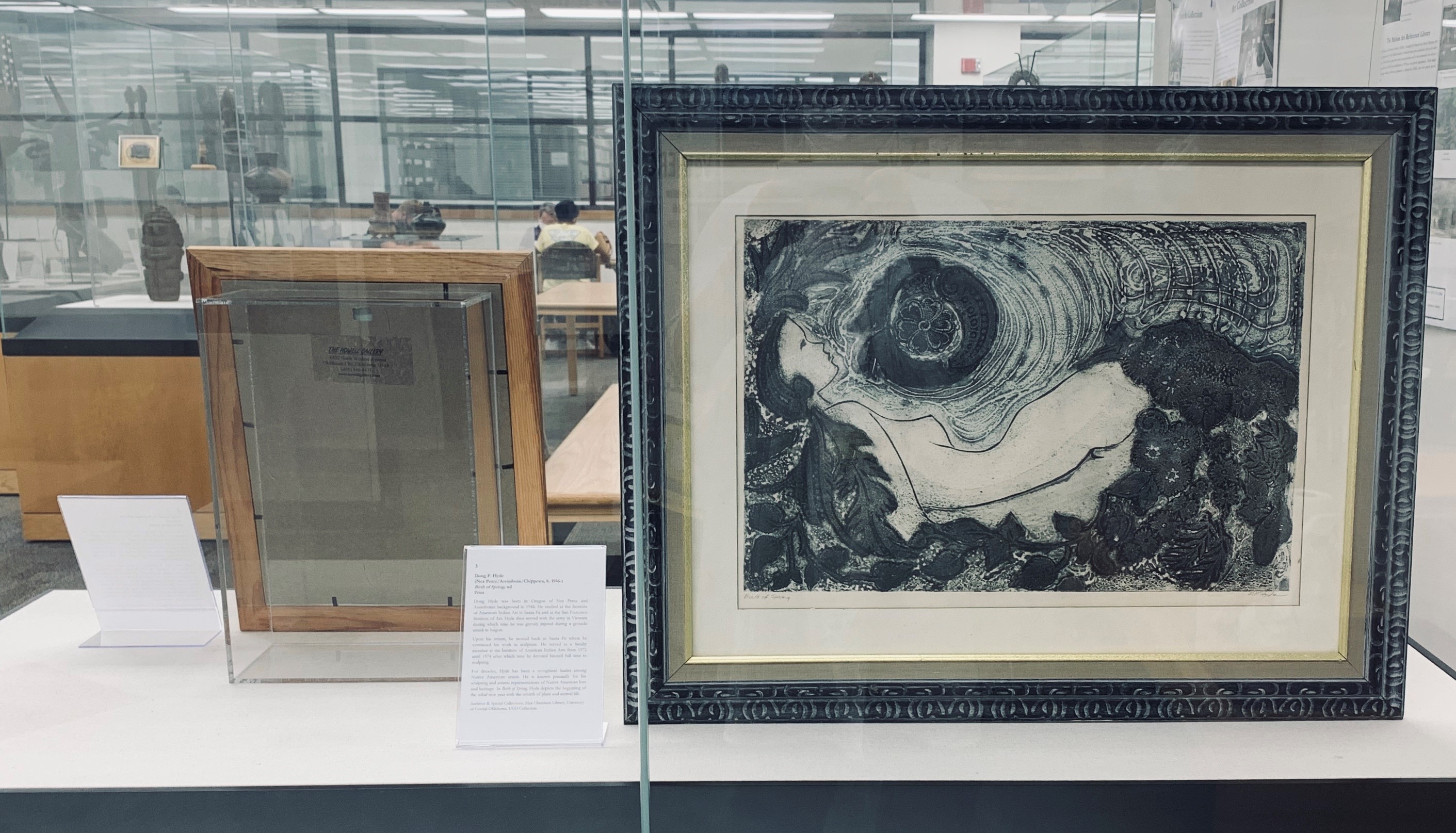