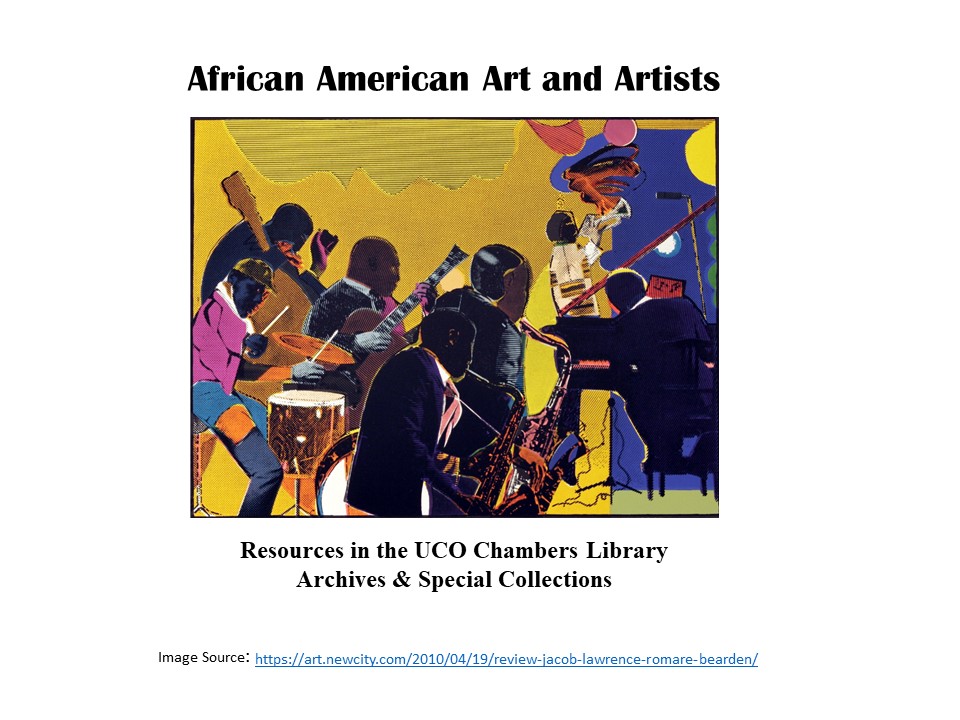 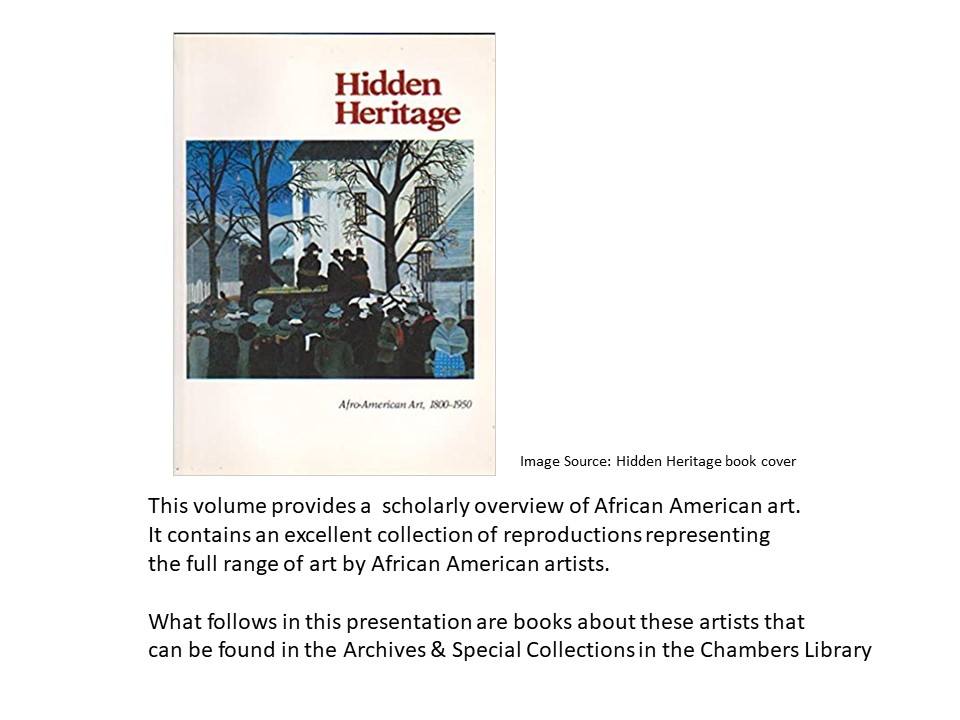 This volume (Hidden Heritage) provides a scholarly overview of African American art and artists.  What follows in this presentation are books about these artists that can be found in the Archives & Special Collections in the Chambers Library. 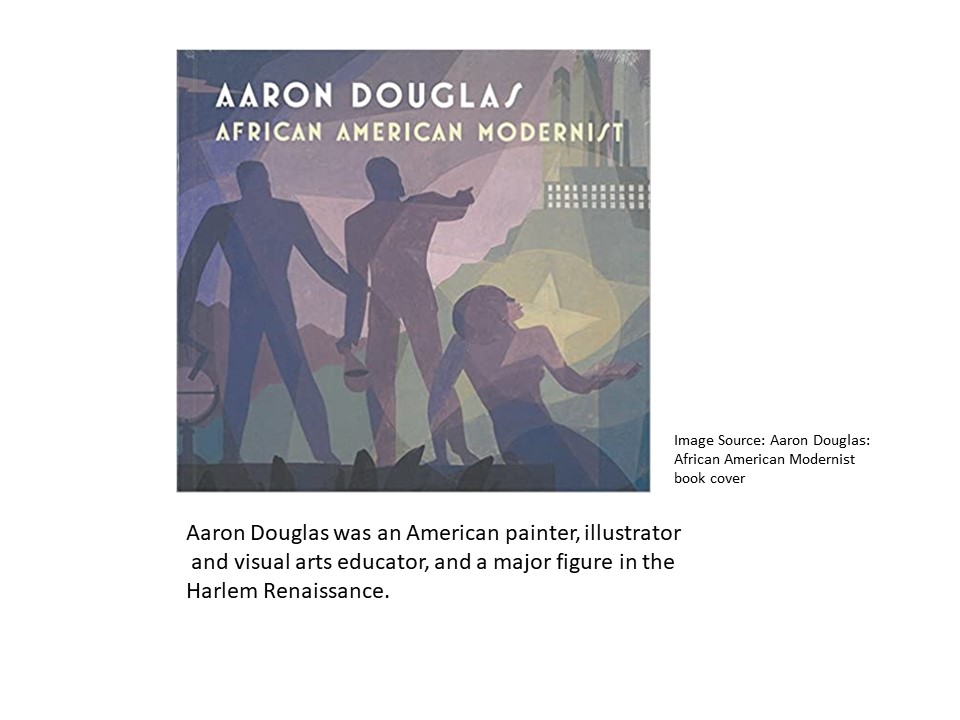 Aaron Douglas was an American painter, illustrator and visual arts educator, and a major figure in the Harlem Renaissance. 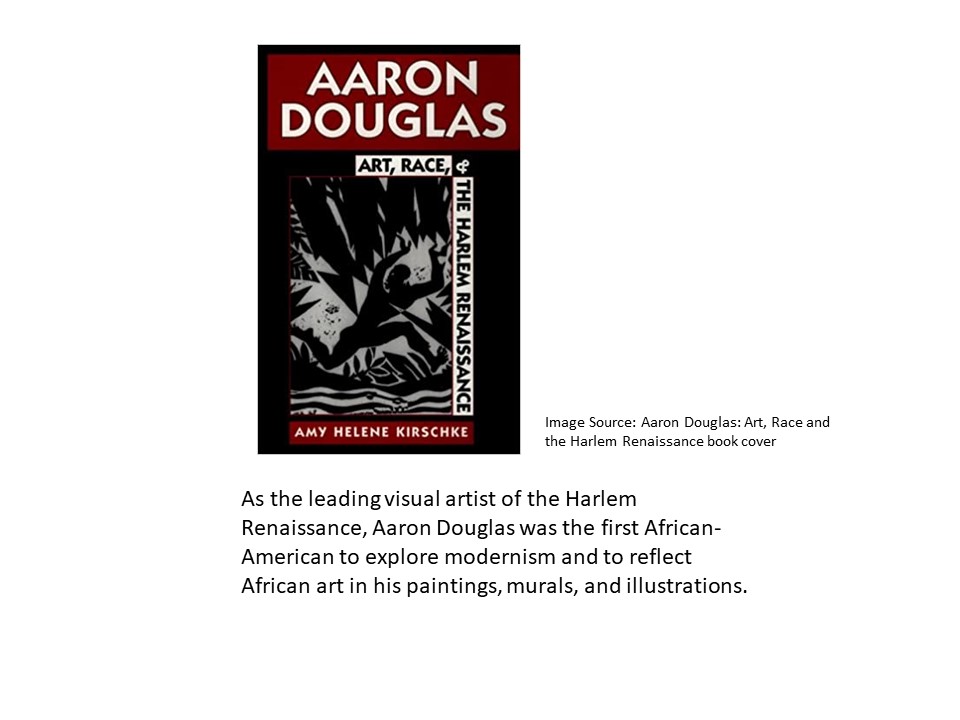 As the leading visual artist of the Harlem Renaissance, Aaron Douglas as the first African American to explore modernism and to reflect African art in his paintings, murals, and illustrations. 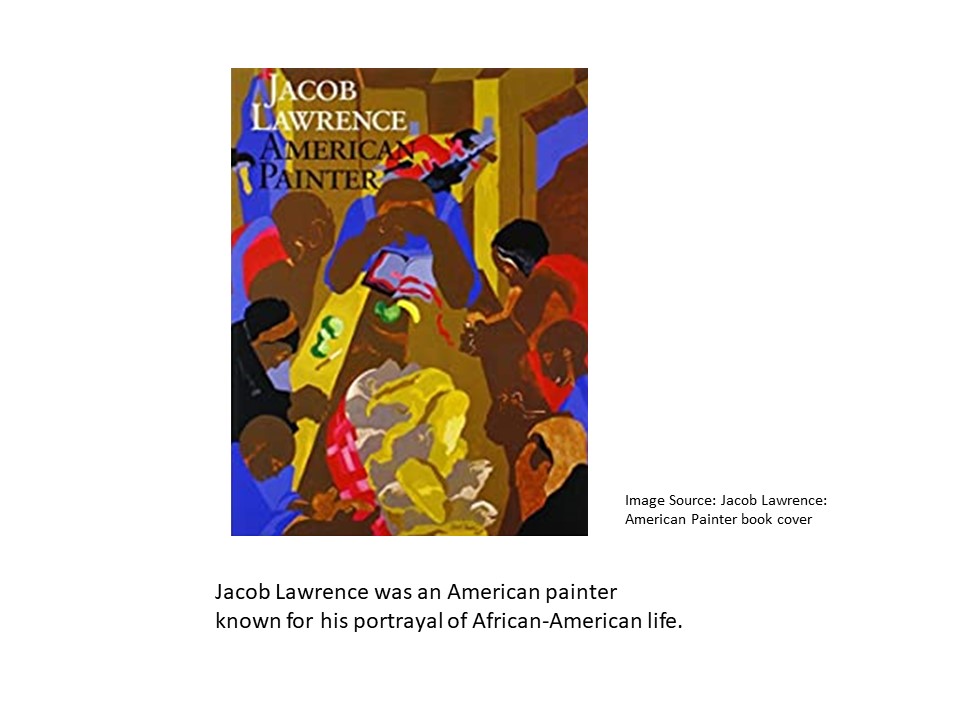 Jacob Lawrence was an American painter known for his portrayal of African-American life. 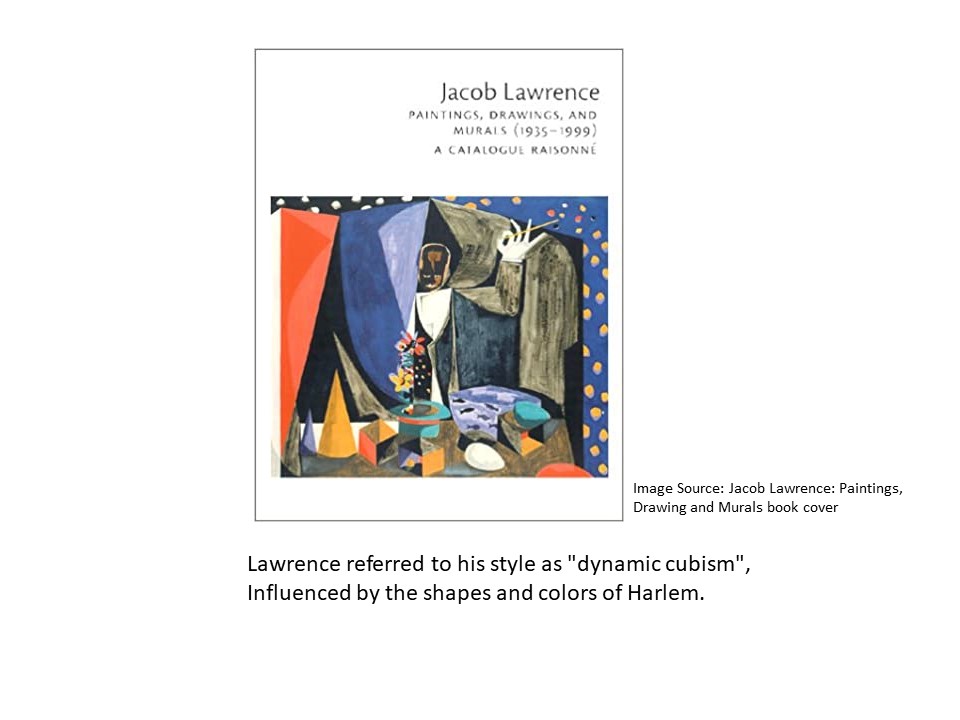 Lawrence referred to his style as "dynamic cubism" influenced by the shapes and colors of Harlem. 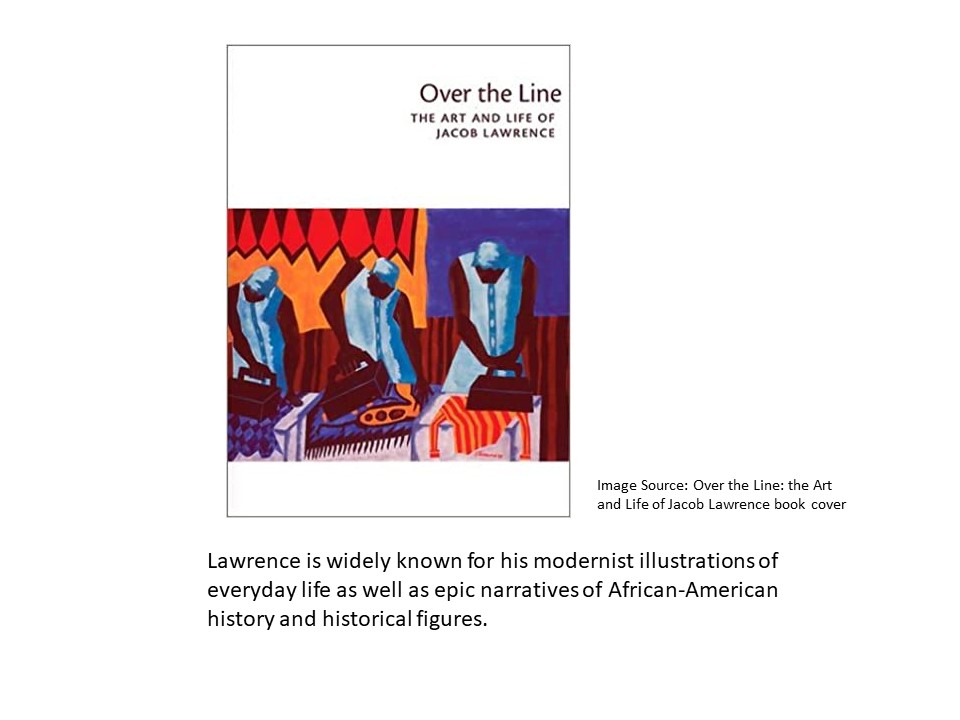 Lawrence is widely known for his modernist illustrations of everyday life as well as epic narratives of African-American history and historical figures. 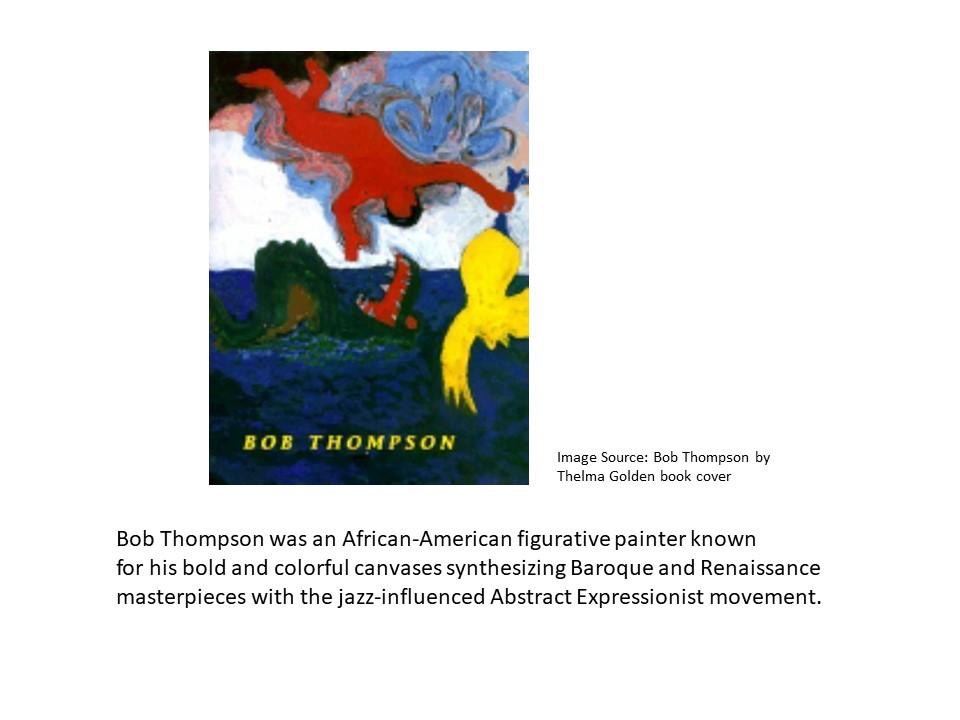 Bob Thompson was an African-American figurative painter known for his bold and colorful canvases synthesizing Baroque and Renaissance masterpieces with the jazz-influenced Abstract Expressionist movement. 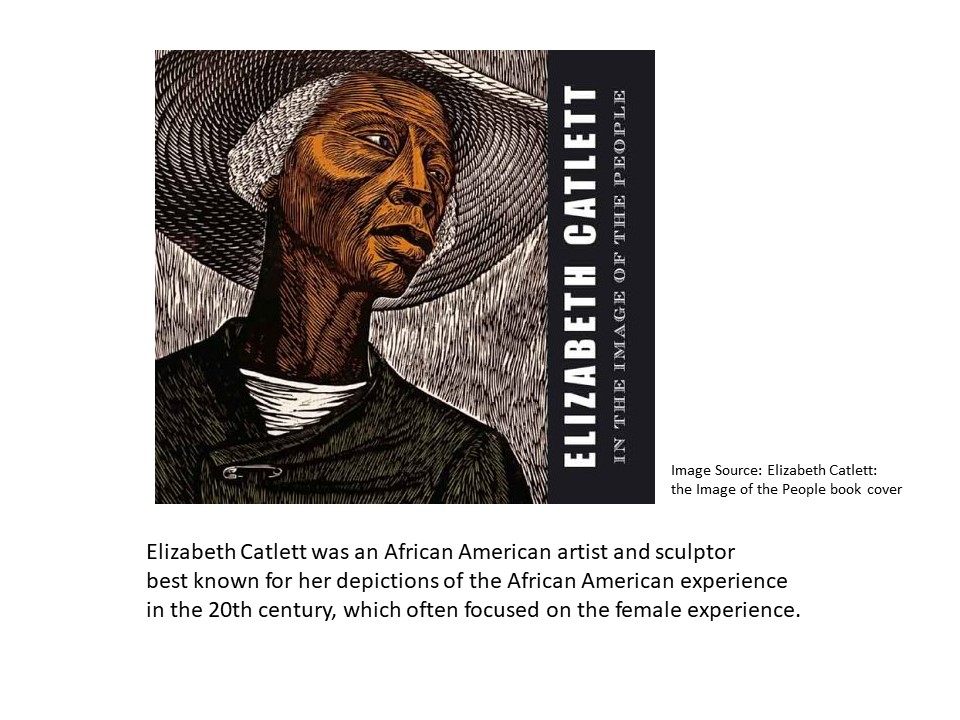 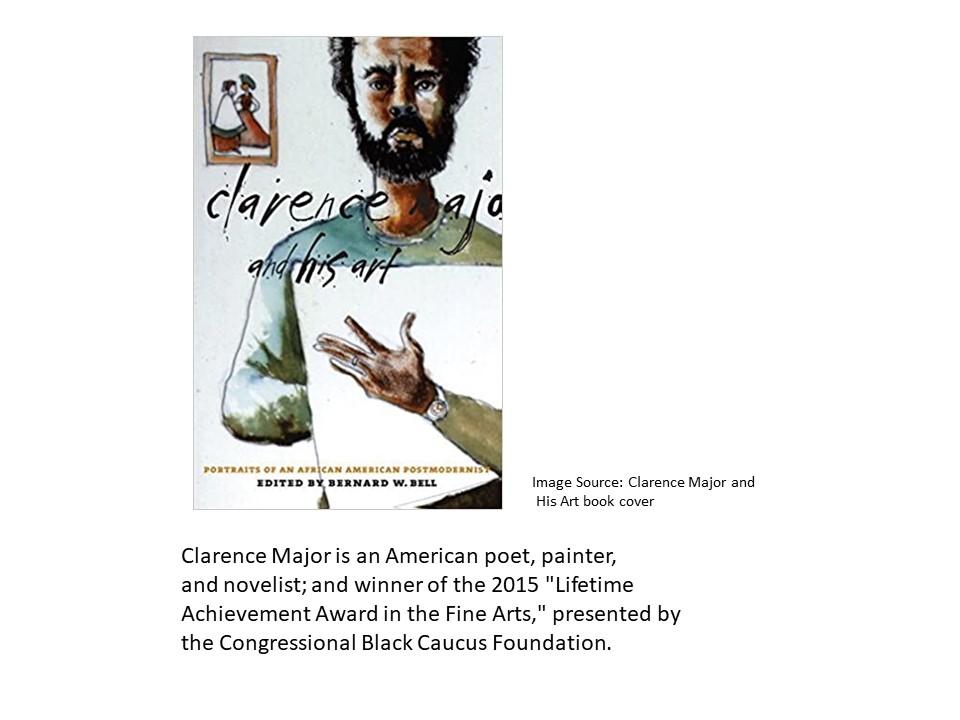 Clarence Major is an American poet, painter, and novelist, and winner of the 2015 "Lifetime Achievement Award in the Fine Arts," presented by the Congressional Black Caucus Foundation. 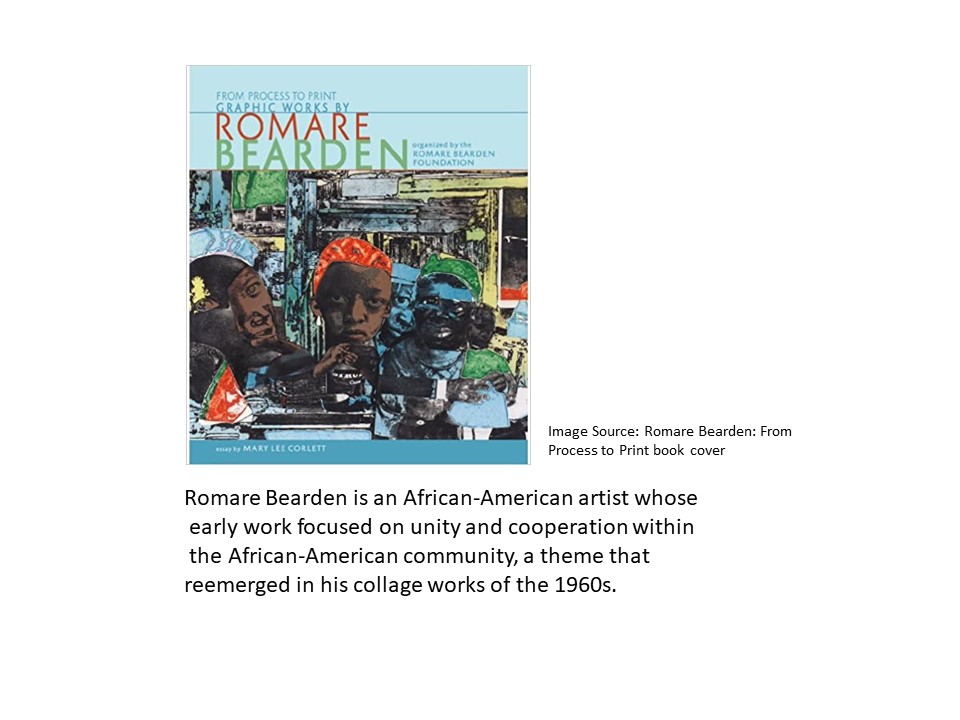 Romare Bearden is an African-American artist whose early work focused on unity and cooperation within the African-American community, a theme that reemerged in his collage works of the 1960's. 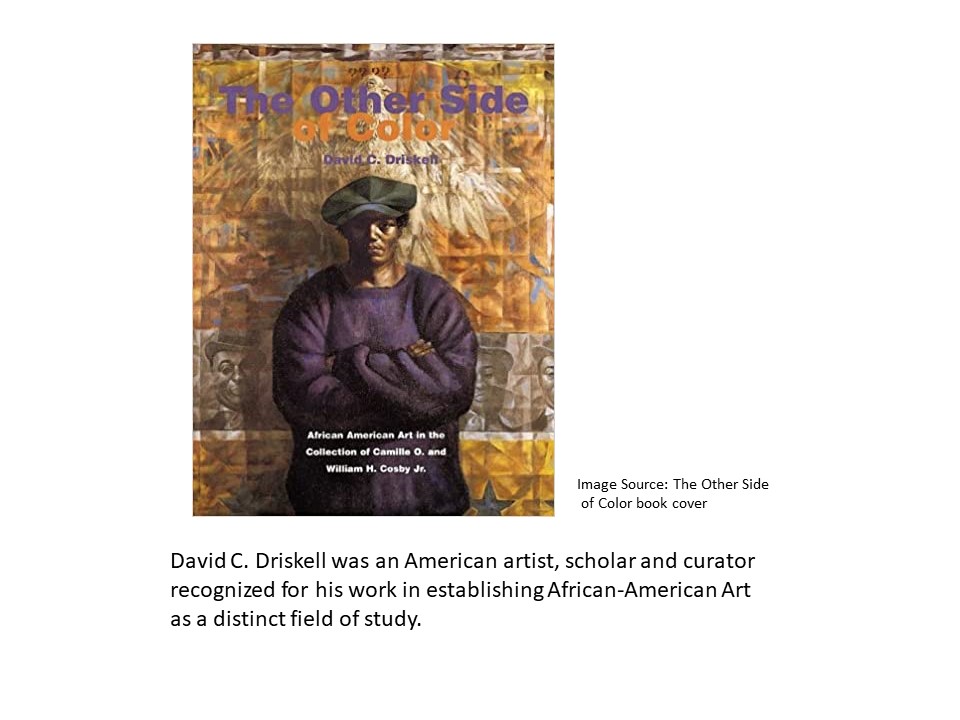 David C. Driskell was an American artist, scholar and curator recognized for his work in establishing African-American Art as a distinct field of study. 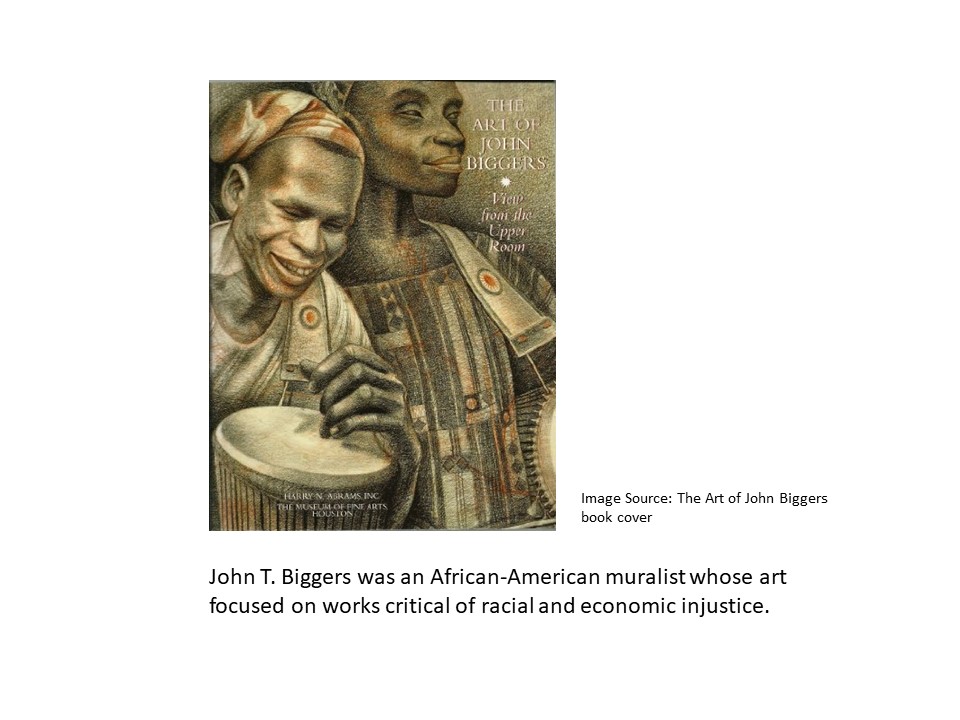 John T. Biggers was an African-American muralist whose art focused on works critical of racial and economic injustice. 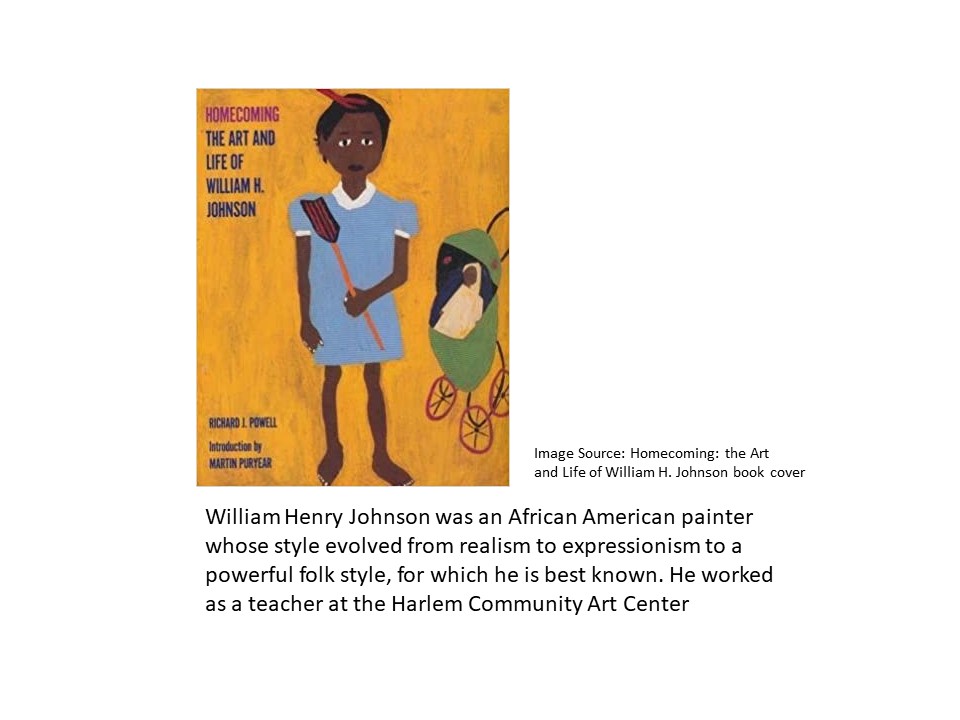 William Henry Johnson was an African-American painter whose style evolved from realism to expressionism to a powerful folk style, for which he is best known.  He worked as a teacher at the Harlem Community Art Center. 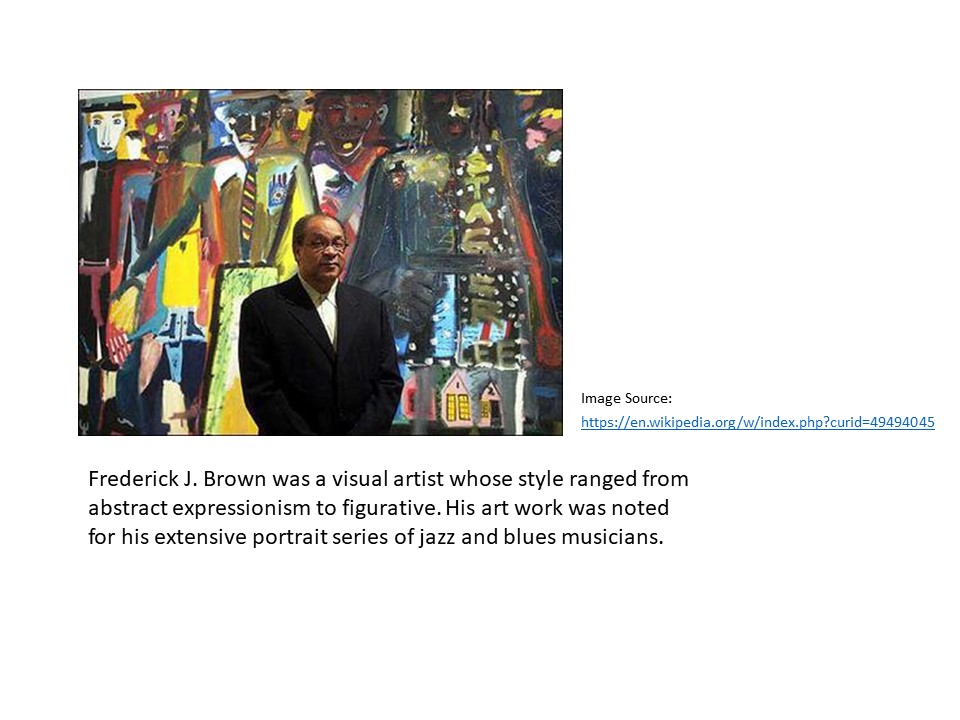 Frederick J. Brown was a visual artist whose style ranged from abstract expressionism to figurative.  His art work was noted for his extensive portrait series of jazz and blues musicians. 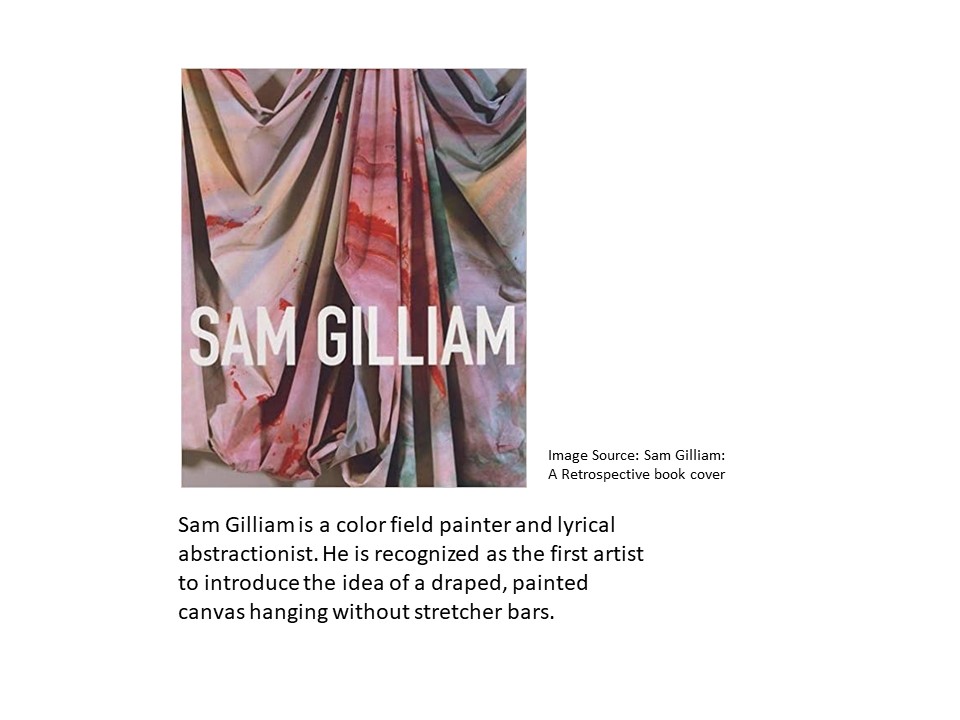 Sam Gilliam is a color field painter and lyrical abstractionist.  He is recognized as the first artist to introduce the idea of a draped, painted canvas hanging without stretcher bars. 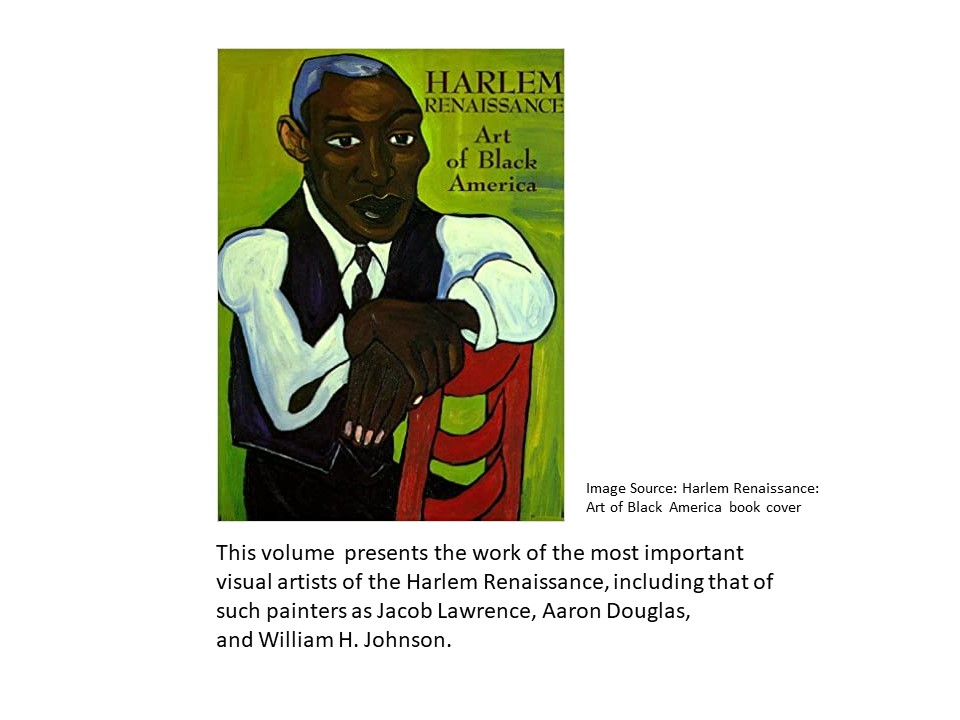 This volume presents the work of the most important visual artists of the Harlem Renaissance, including that of such painters as Jacob Lawrence, Aaron Douglas, and William H. Johnson. 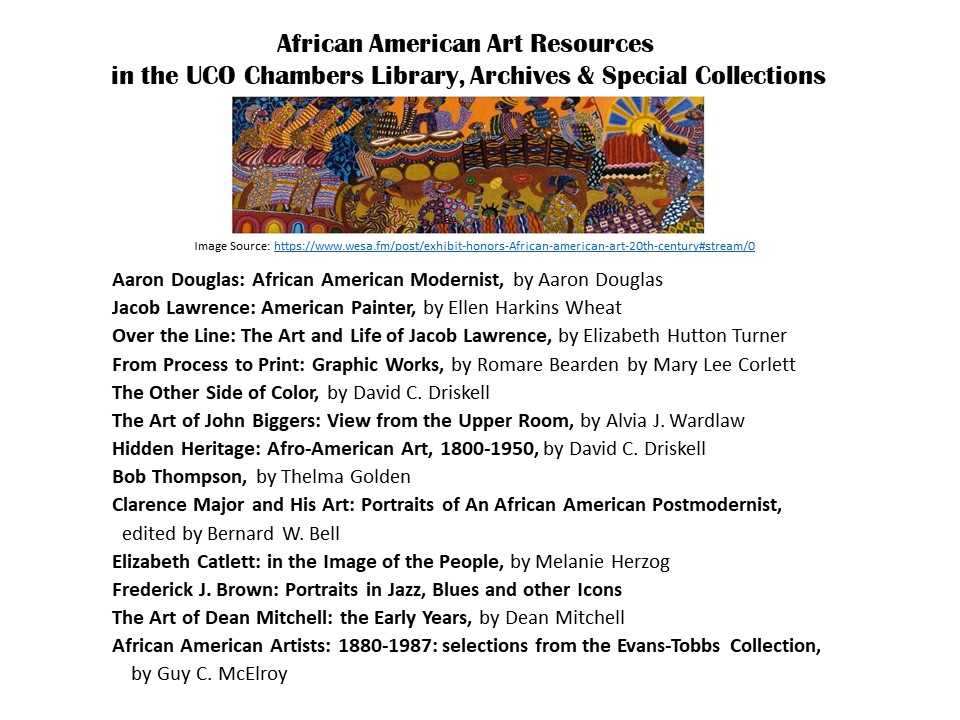 List of books on African-American art and artists in the UCO Chambers Library, Archives & Special Collections.