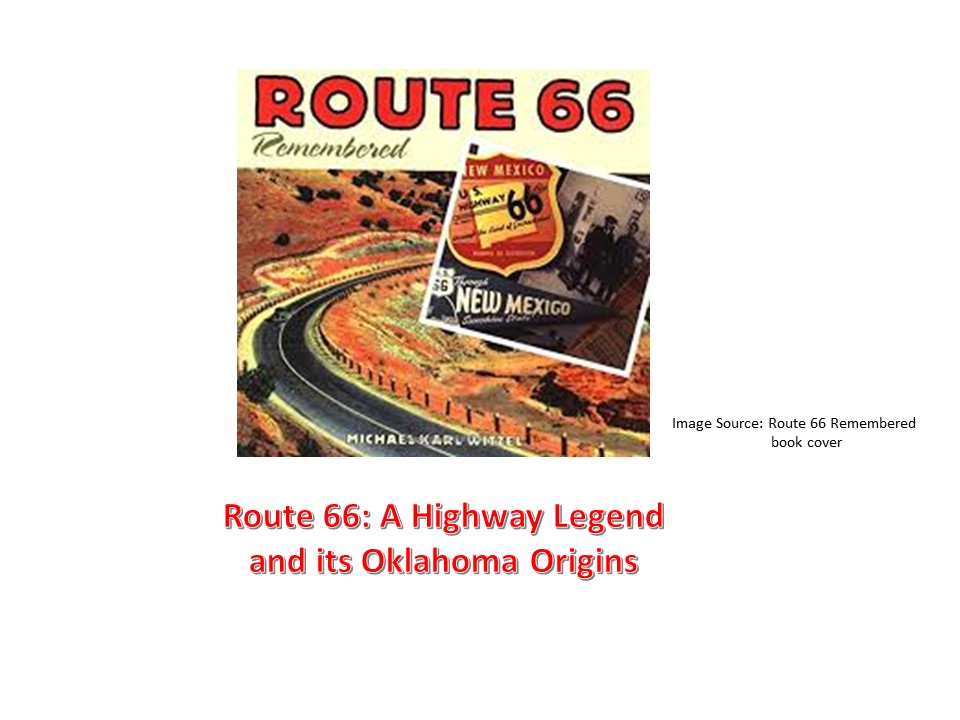 Route 66: A legendary Highway and its Oklahoma Origins 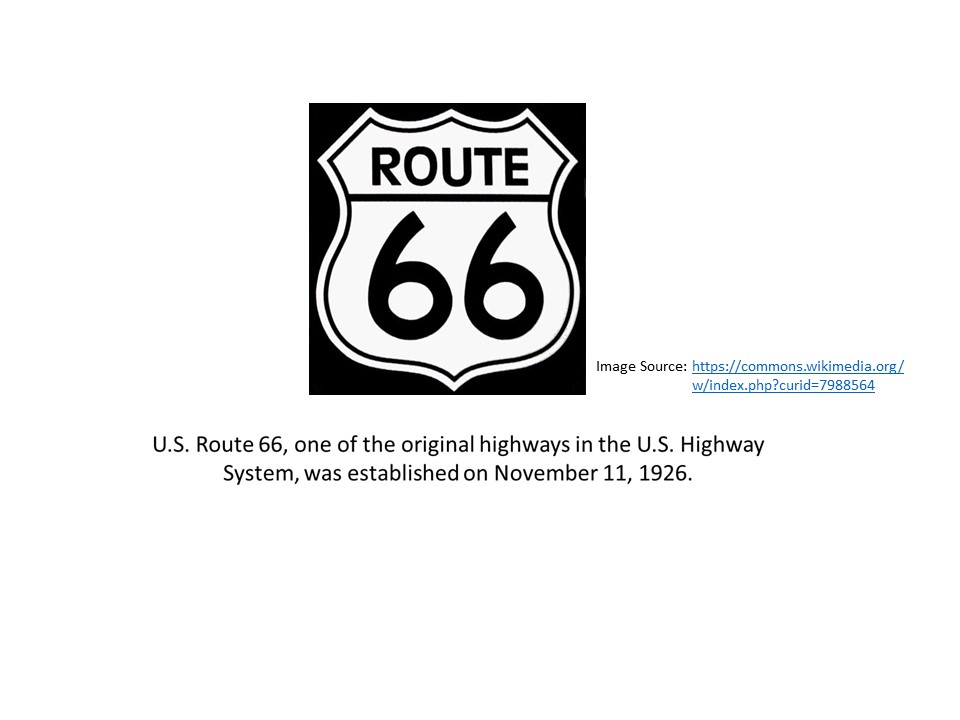 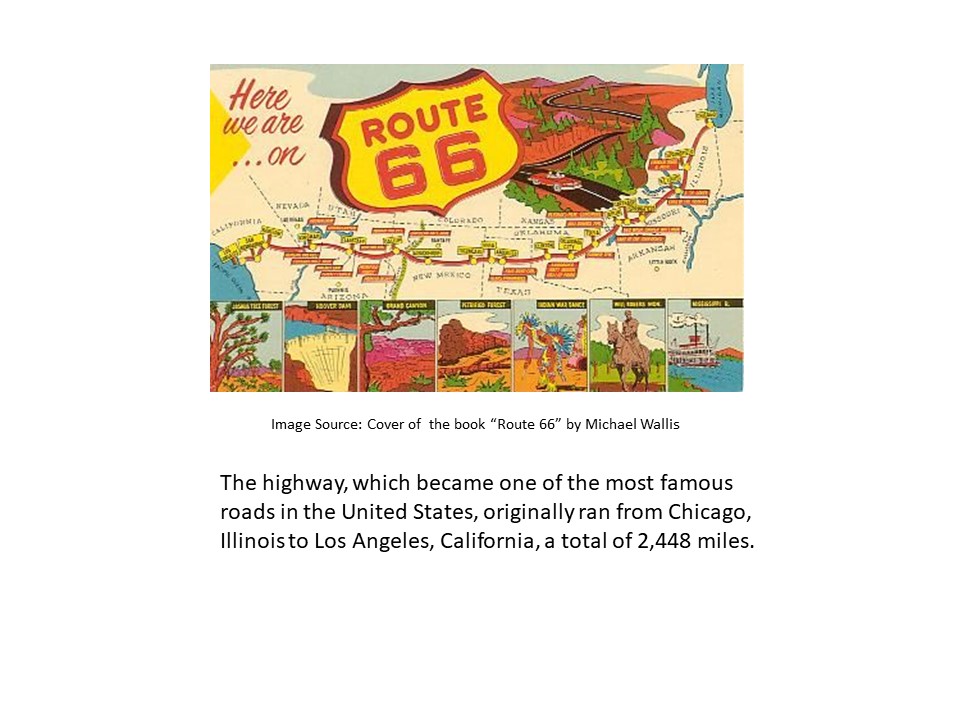 The highway, which became one of the most famous roads in the united States, originally ran from Chicago, Illinois to Los Angeles, California, a total of 2,448 miles. 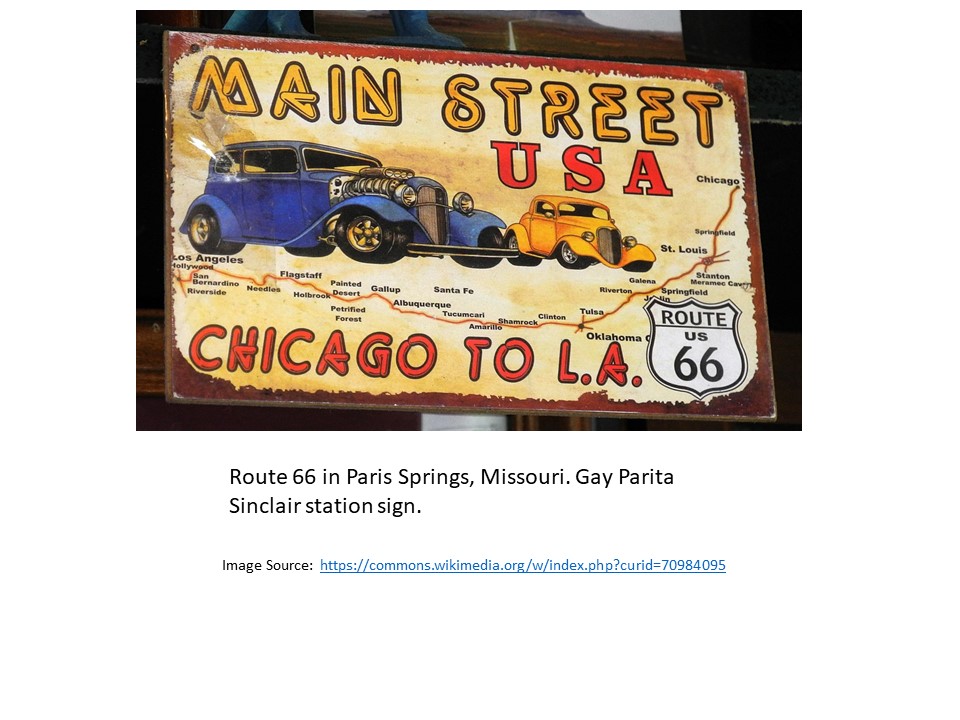 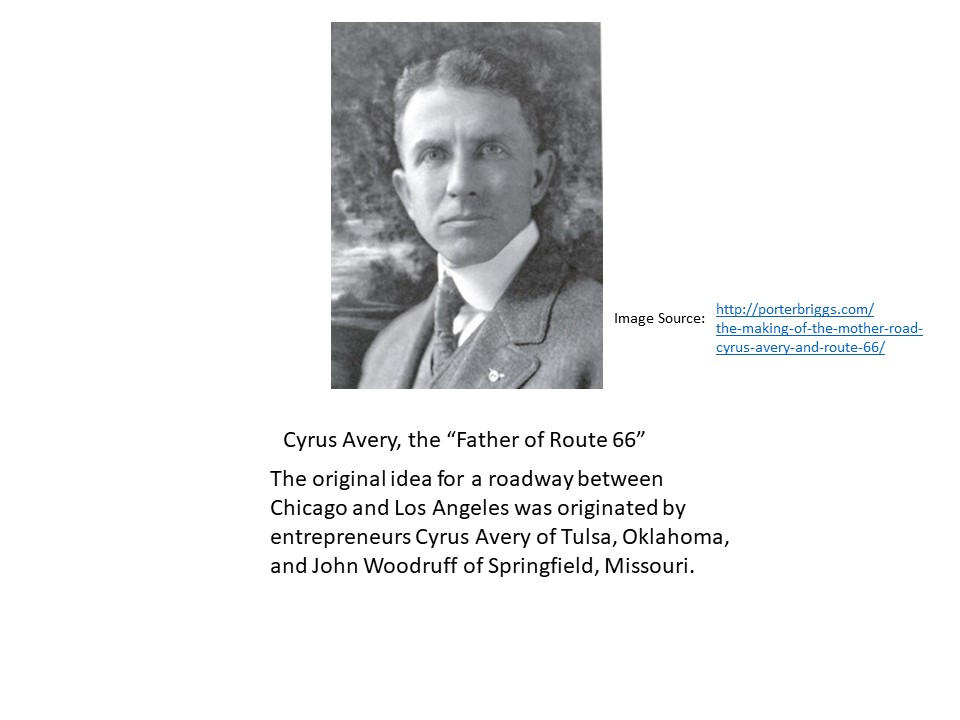 The original idea for a roadway between Chicago and Los Angeles was originated by entrepreneurs Cyrus Avery of Tulsa, Oklahoma, and John Woodruff of Springfield, Missouri. 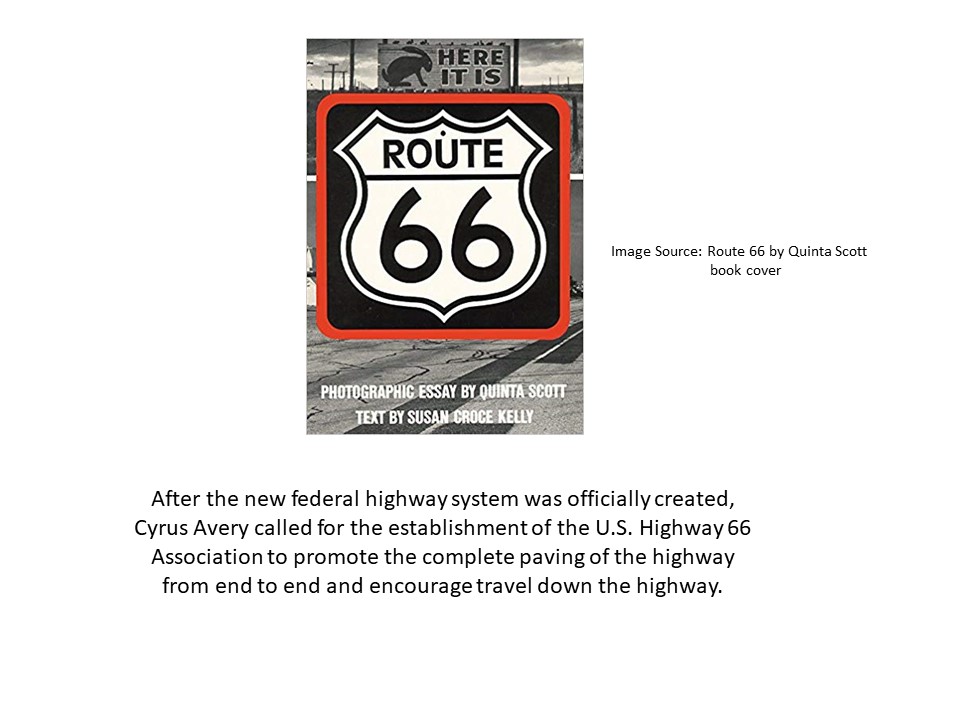 After the new federal highway system was officially created, Cyrus Avery called for the establishment of the U.S Highway 66 Association to promote the complete paving of the highway from end to end and encourage travel down the highway. 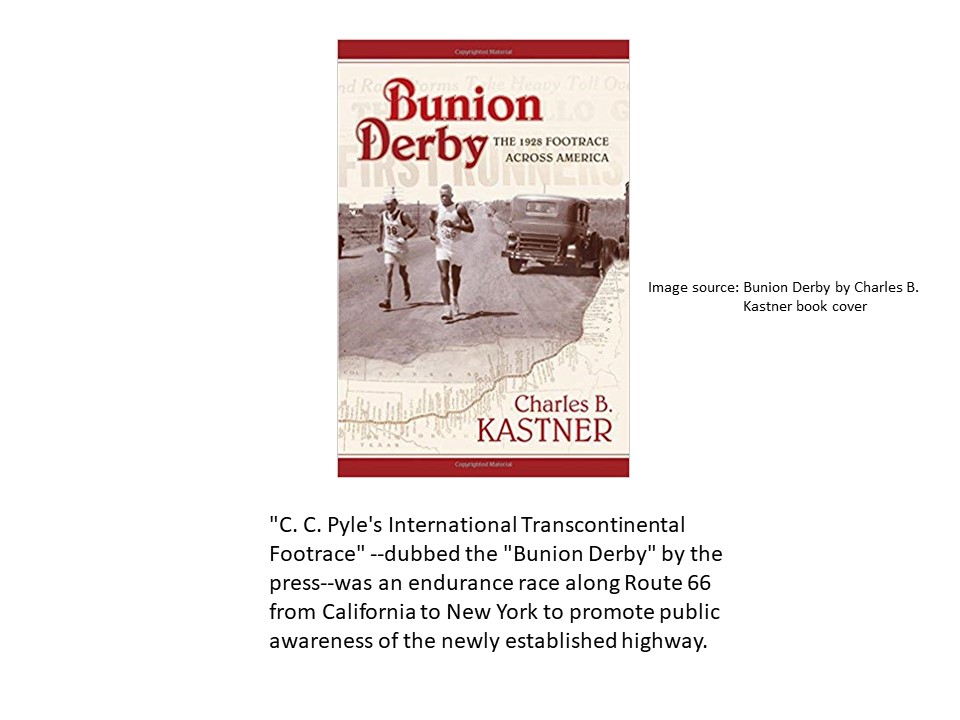 "C. C. Pyle's International Transcontinental Footrace"--dubbed the "Bunion Derby" by the press--was an endurance race along Route 66 from California to New York to promote public awareness of the newly established highway. 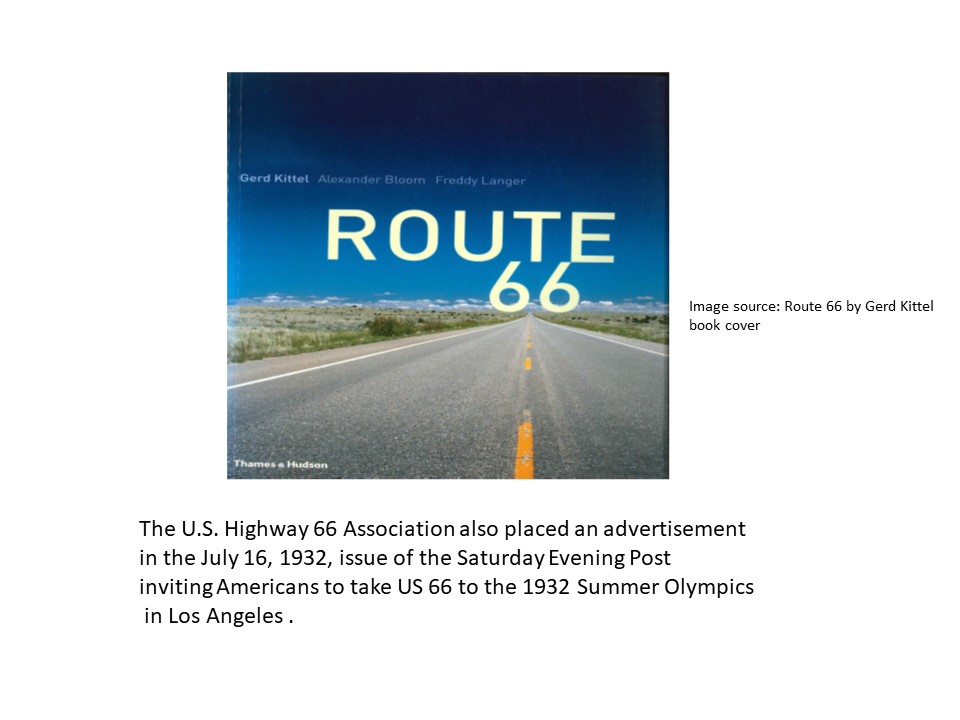 The U.S. Highway 66 Association also placed an advertisement in the July 16, 1932 issue of the Saturday Evening Post inviting Americans to take U.S. 66 to the 1932 Summer Olympics in Los Angeles. 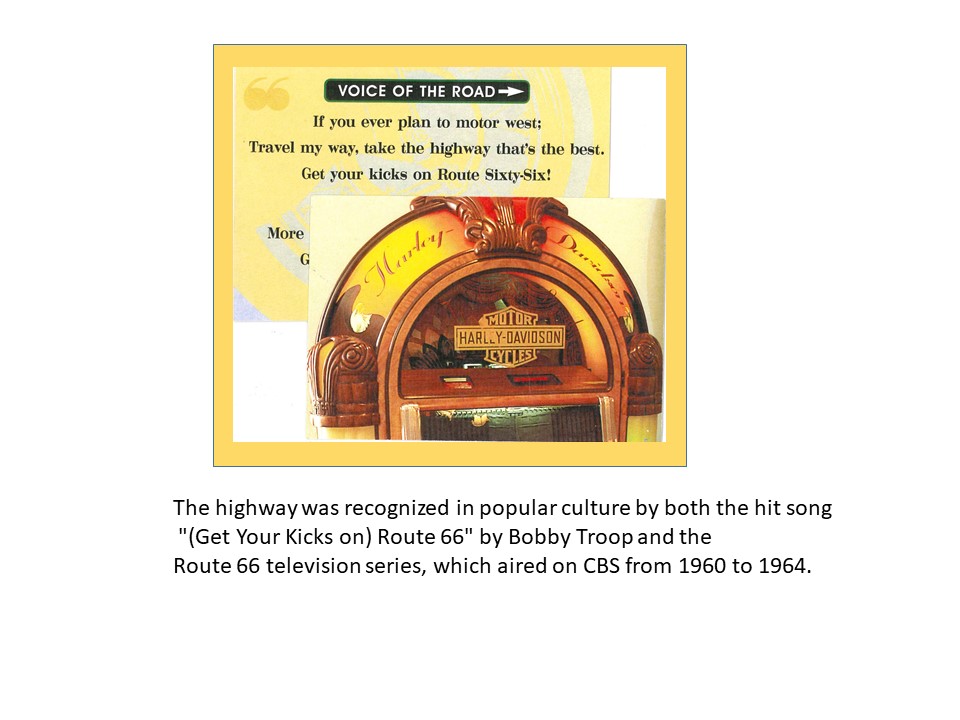 The Highway was recognized in popular choture by both the hit song "Get your Kicks on Route 66' by Bobby Troop and the Route 66 television series, which aired on CBS from 1960 to 1984. 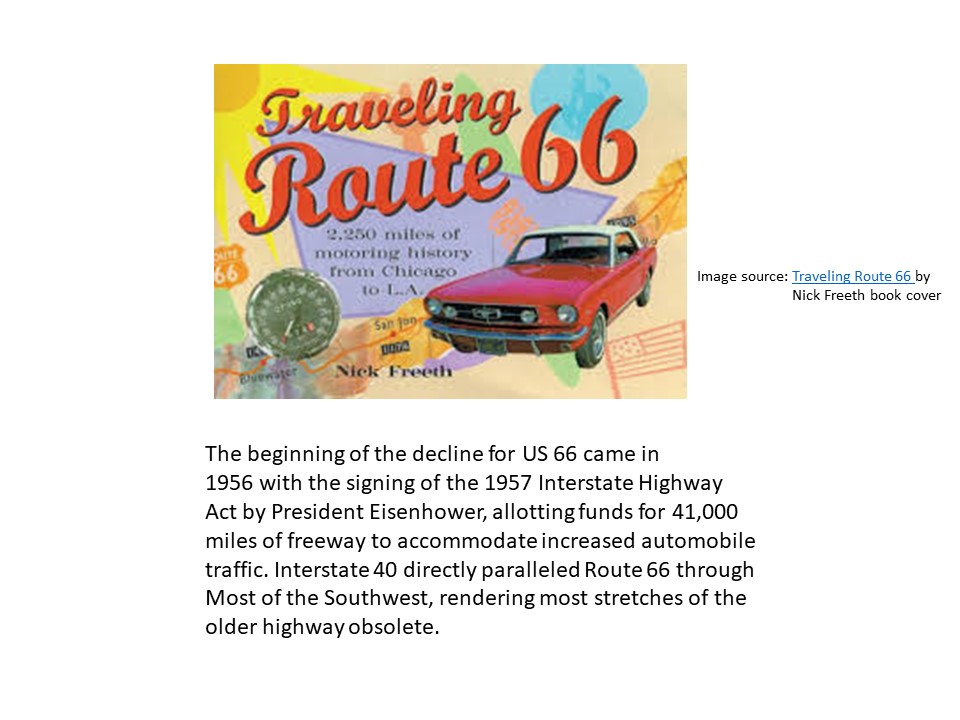 The beginning of the decline for US 66 came in 1956 with the signing of the 1957 Interstate Highway Act by President Eisenhower, allotting funds for 41,000 miles of freeway to accommodate increased automobile traffic.  Interstate 40 directly paralleled Route 66 through most of the Southwest, rendering most stretches of the older highway obsolete. 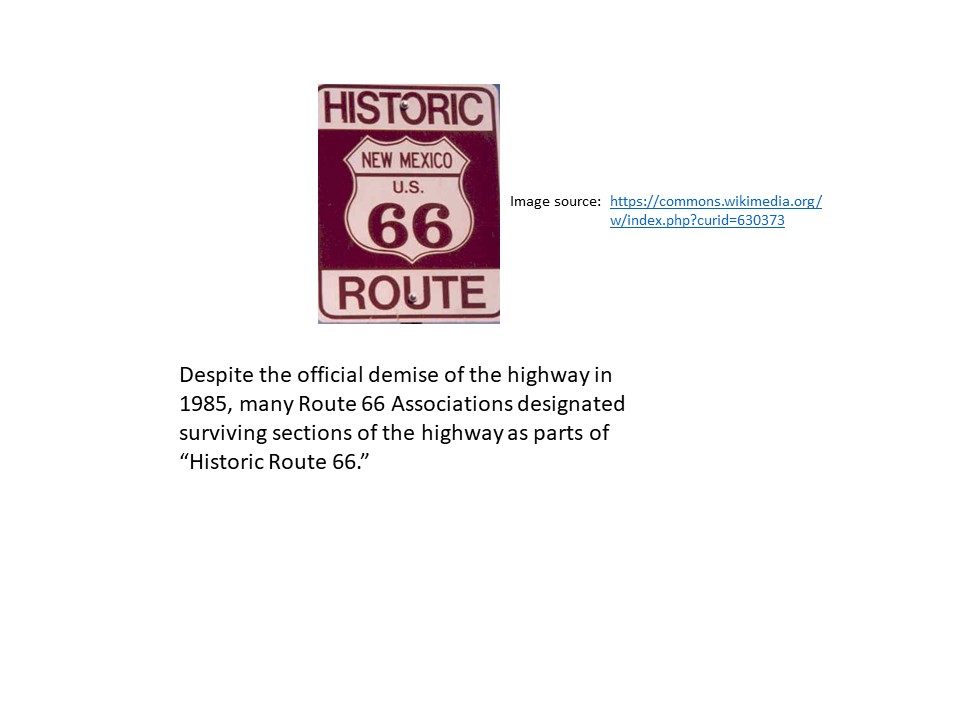 Despite the official demise of the highway in 1985, many Route 66 Associations designated surviving sections of the highway as parts of "Historic Route 66." 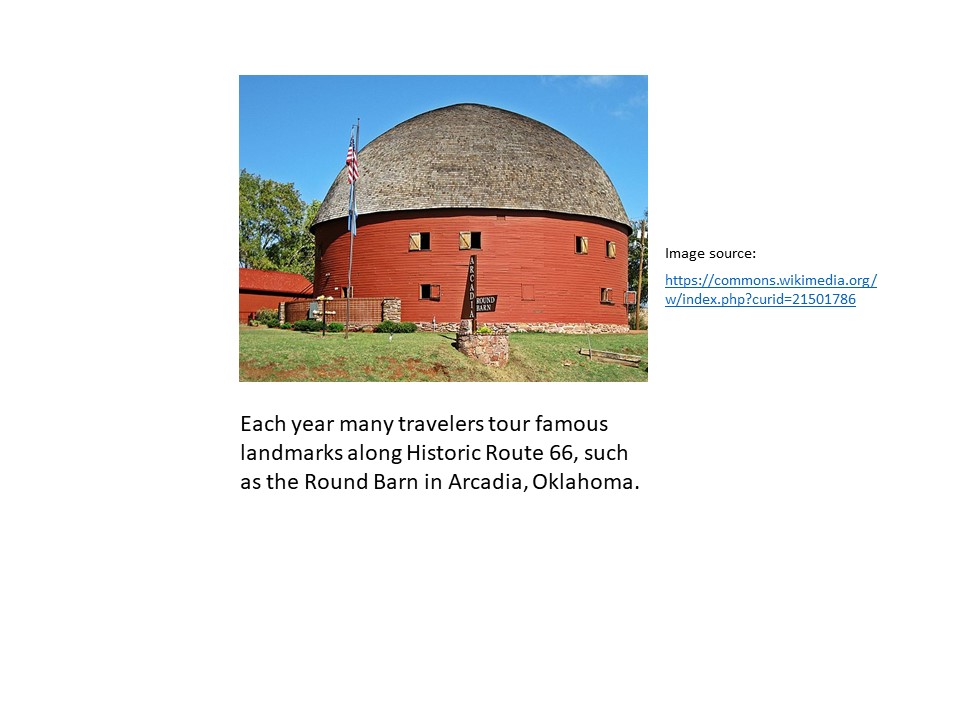 Each year many travelers tour famous landmarks along Historic Route 66, such as the Round Barn in Arcadia, Oklahoma. 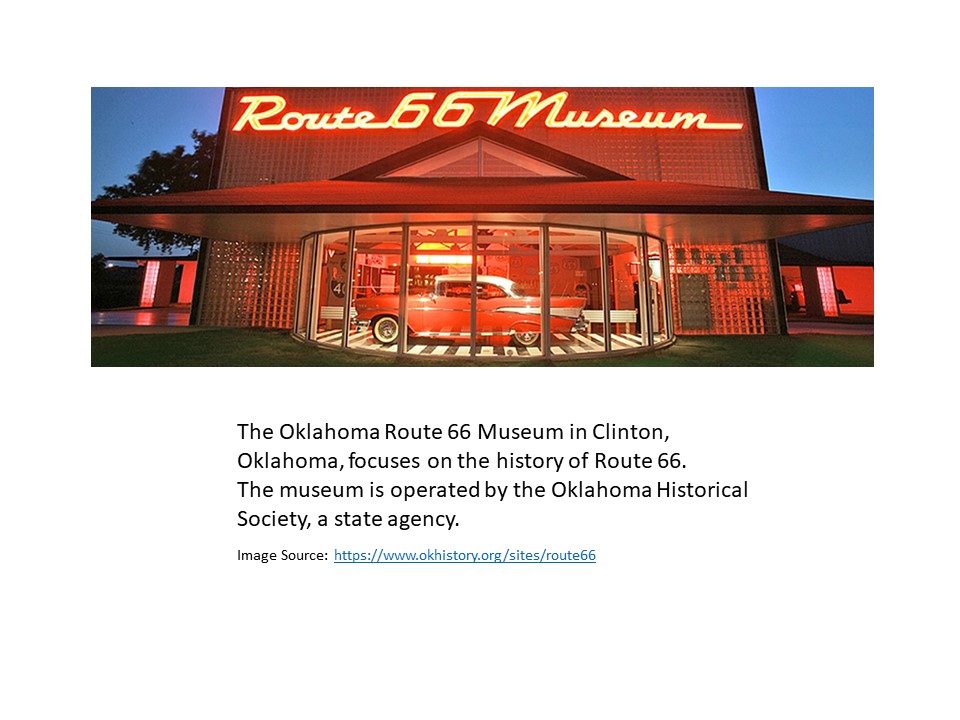 The Oklahoma Route 66 Museum in Clinton, Oklahoma, focuses on the history of Route 66.  The museum is operated by the Oklahoma Historical Society, a state agency. 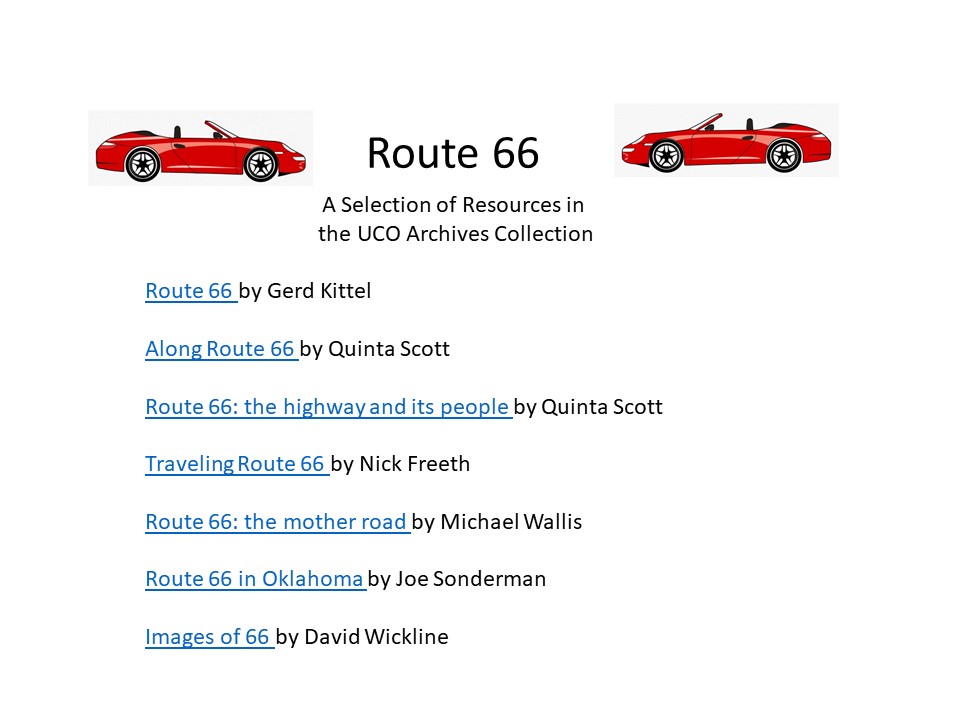 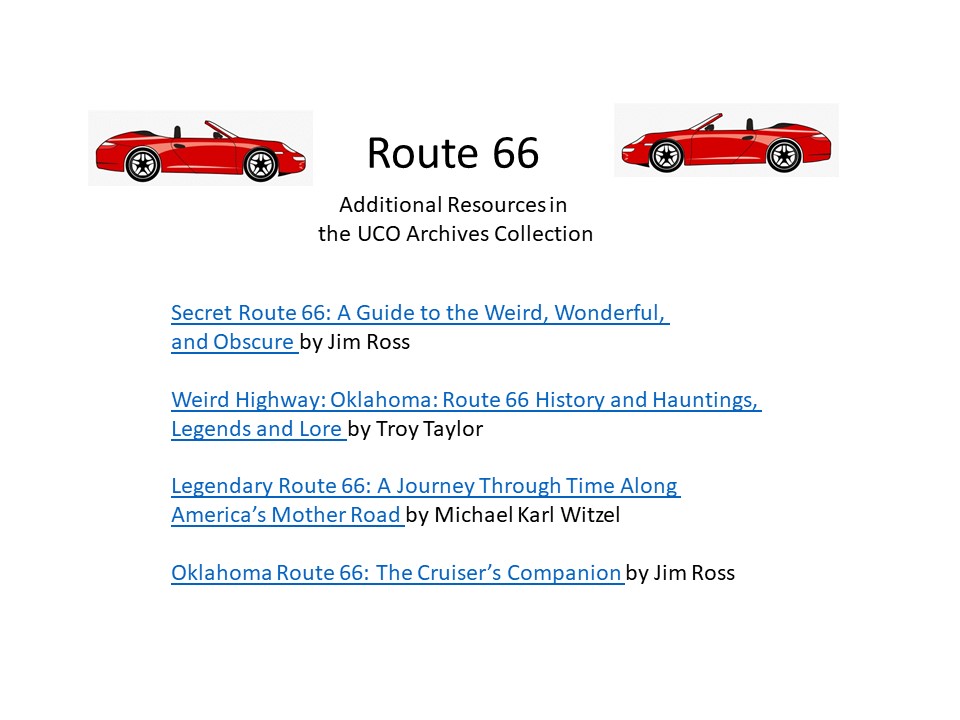