In World War II, the Office of War Information created posters to encourage public support of the war effort.  In this exhibit we present a selection of posters in the UCO’s Archives collection that illustrate some of the artwork and slogans that were used to achieve this aim. 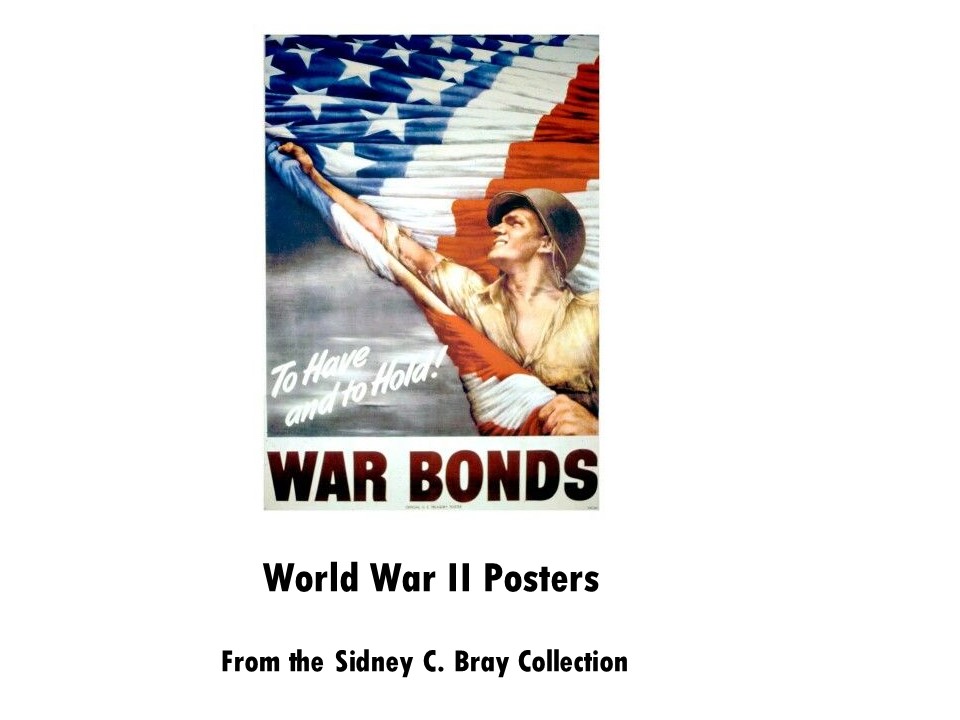 Poster image: To have and to hold--War Bonds poster 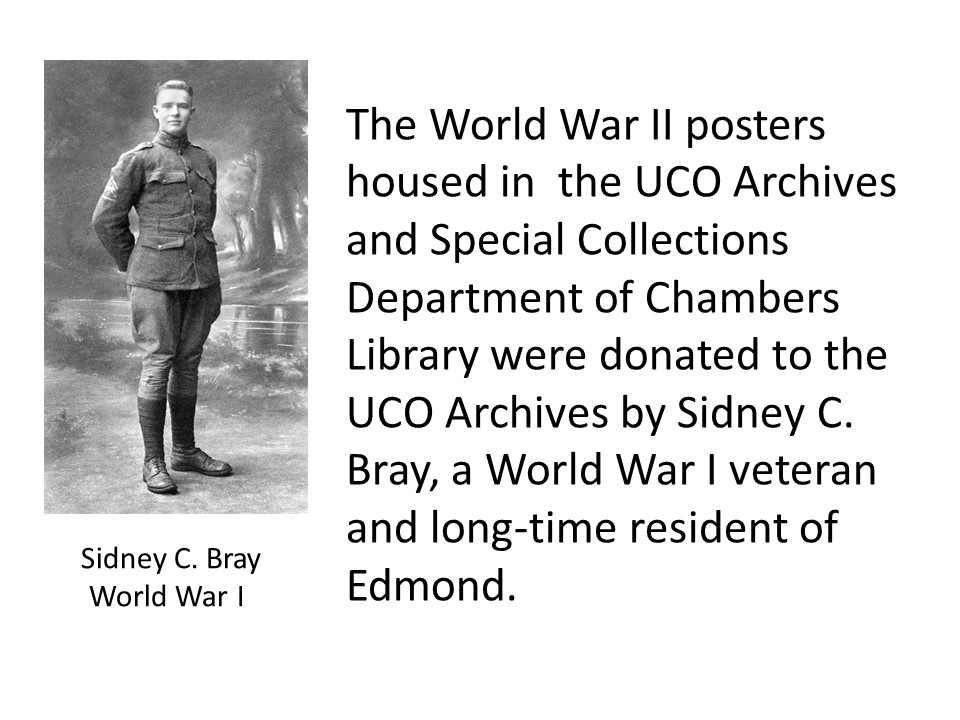 Photo: Sidney C. Bray in his World War I uniform 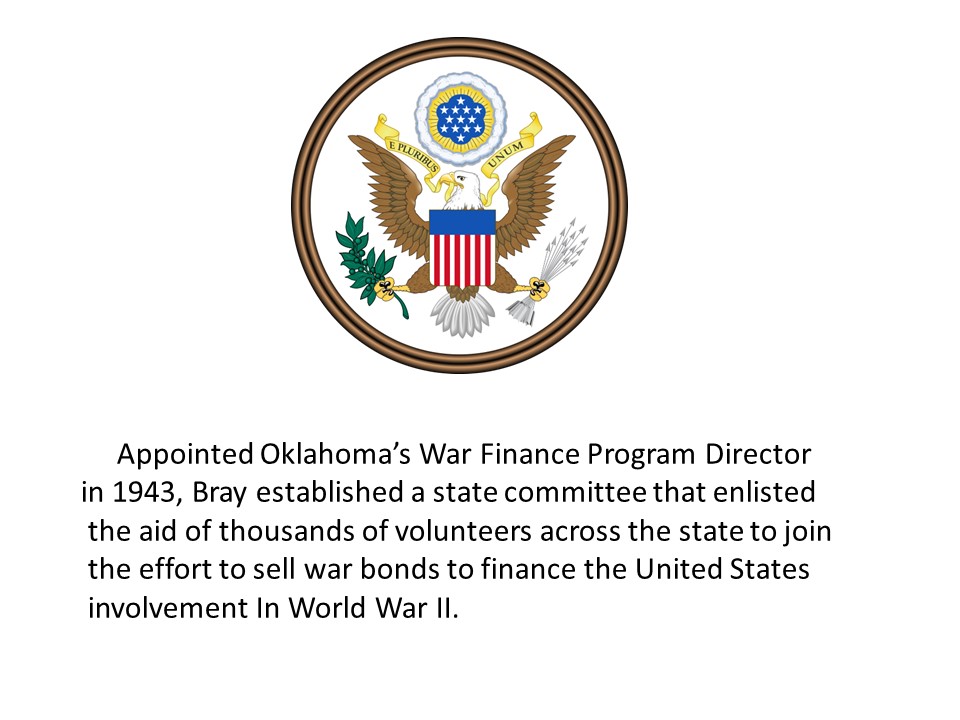 Appointed Oklahoma’s War Finance Program Director in 1943, Bray established a state committee that enlisted  the aid of thousands of volunteers across the state to join the effort to sell war bonds to finance the United States  involvement In World War II. 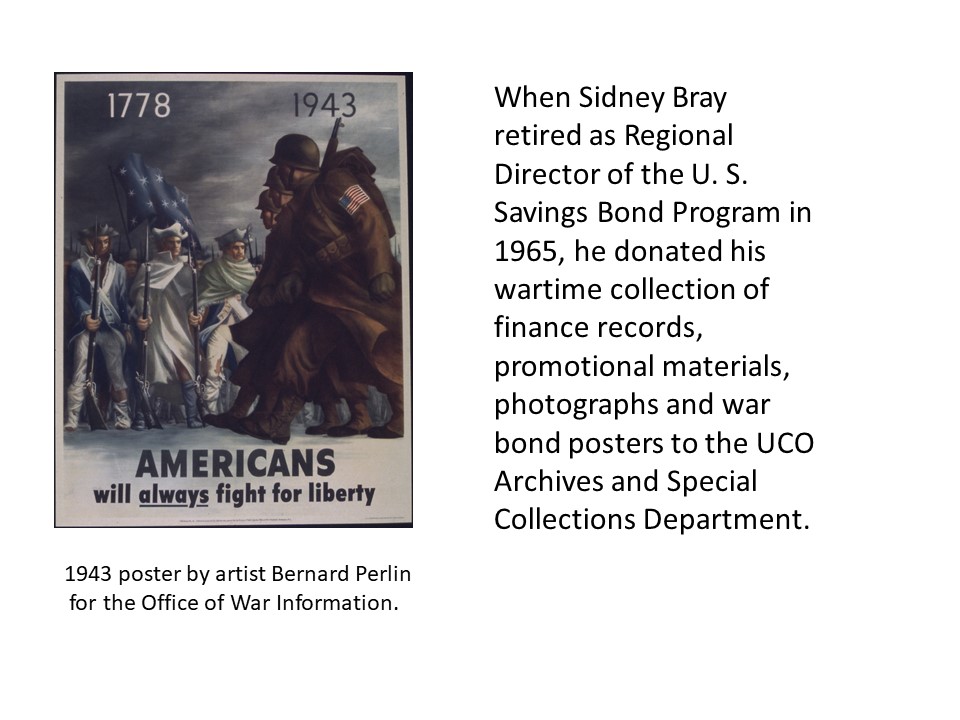 Poster Image: Americans Will Always Fight For Liberty--a1943 poster by artist Bernard Perlin for the Office of War Information.

When Sidney Bray retired as Regional Director of the U. S. Savings Bond Program in 1965, he donated his wartime collection of finance records, promotional materials, photographs and war bond posters to the UCO Archives and Special Collections Department. 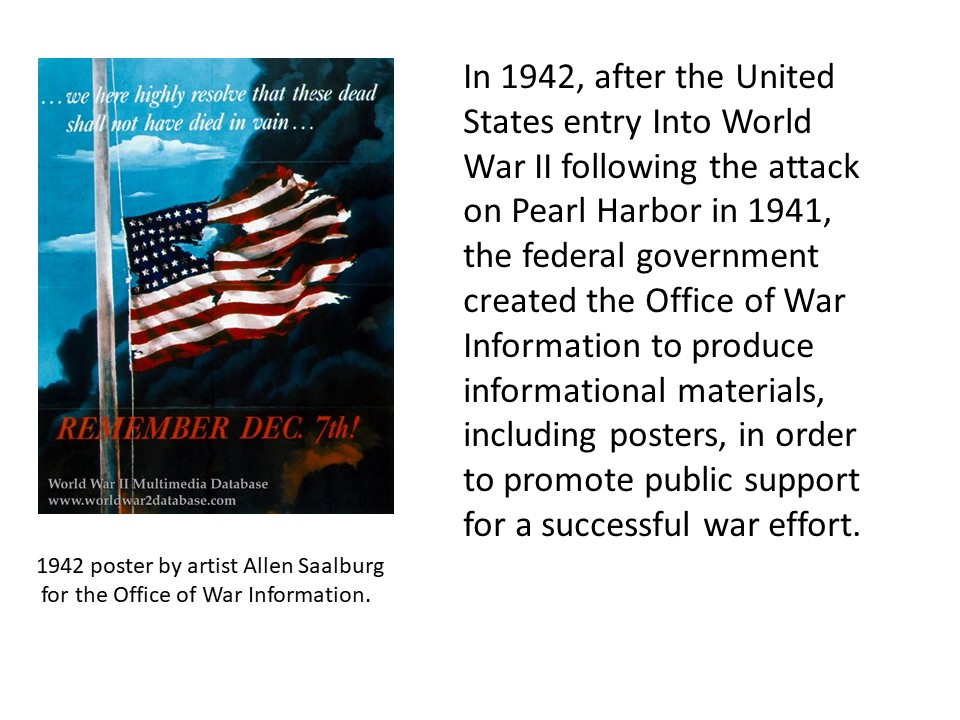 In 1942, after the United States entry Into World War II following the attack on Pearl Harbor in 1941, the federal government created the Office of War Information to produce informational materials, including posters, in order to promote public support for a successful war effort. 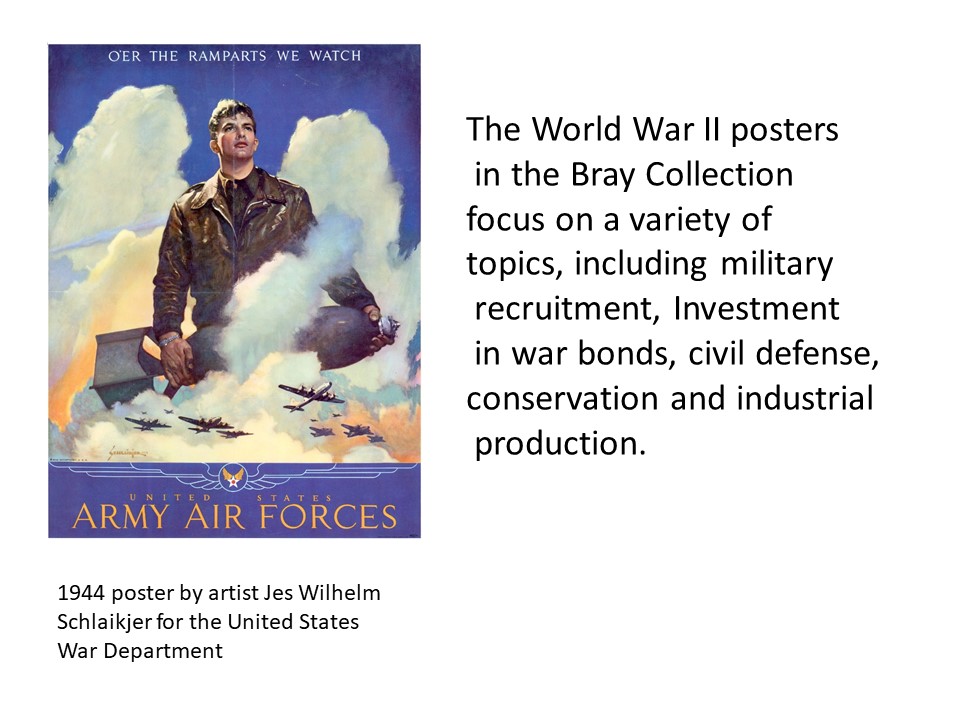 The World War II posters  in the Bray Collection focus on a variety of topics, including military  recruitment,  investment  in war bonds, civil defense, conservation and industrial  production. 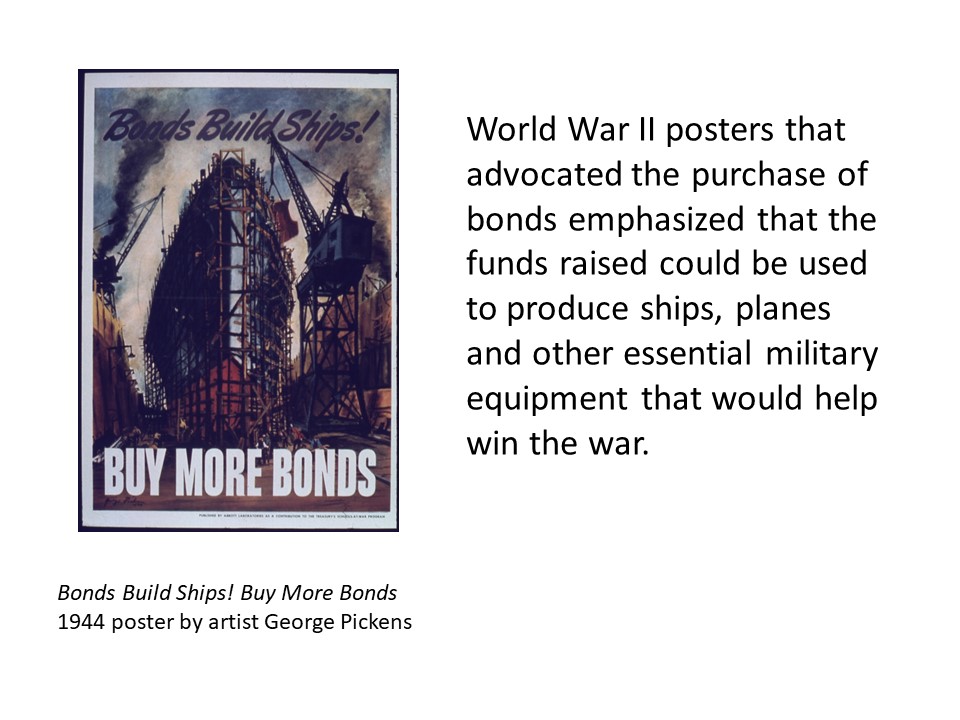 World War II posters that advocated the purchase of bonds emphasized that the funds raised could be used to produce ships, planes and other essential military equipment that would help win the war. 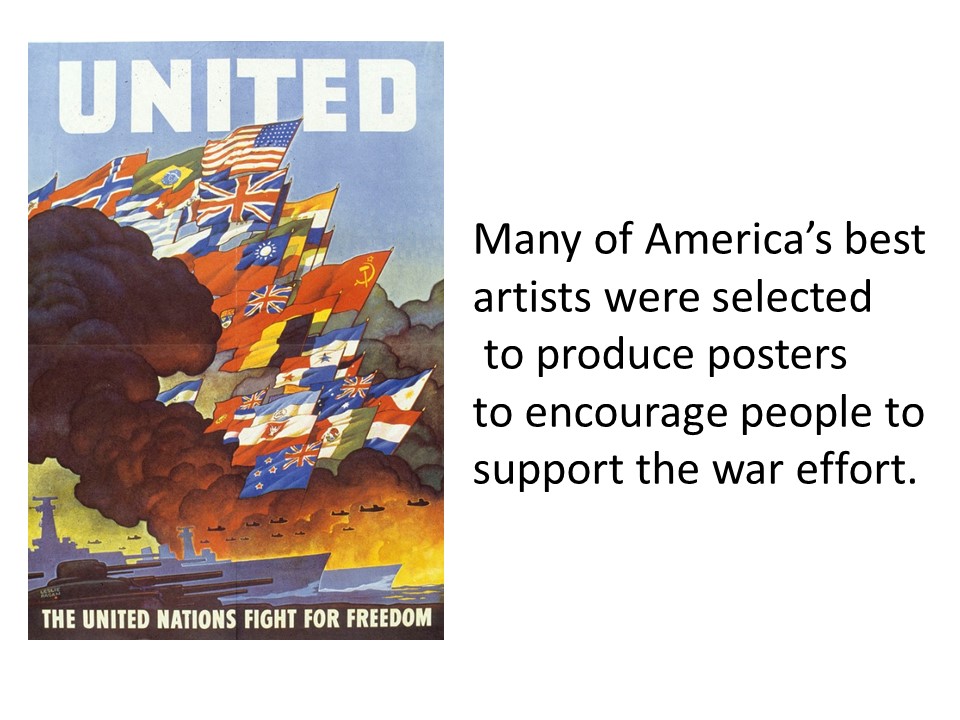 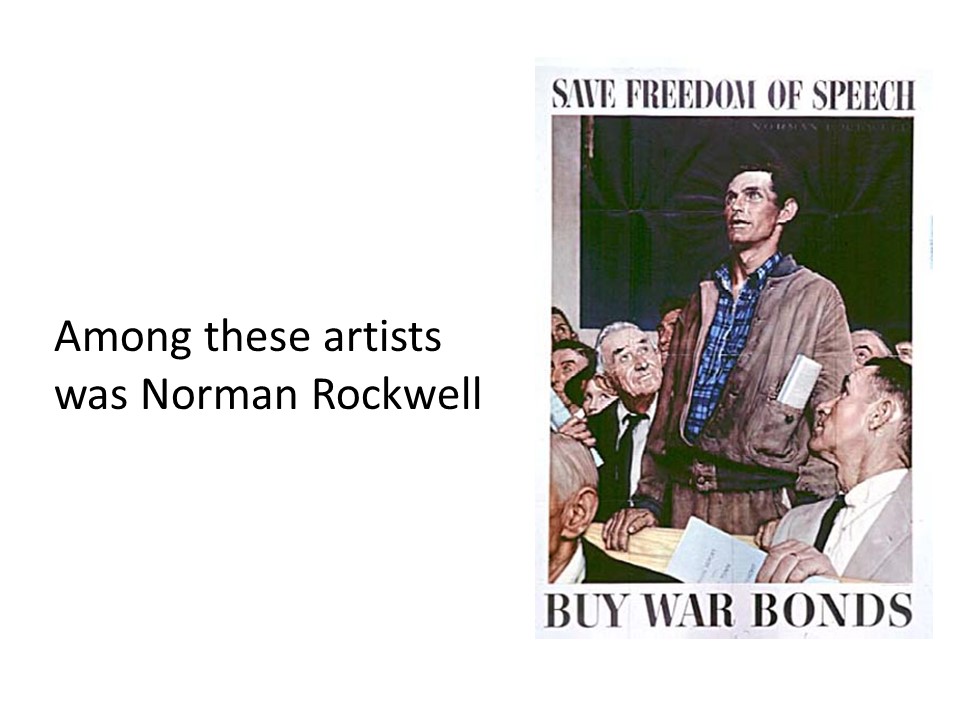 Among these artists was Norman Rockwell. 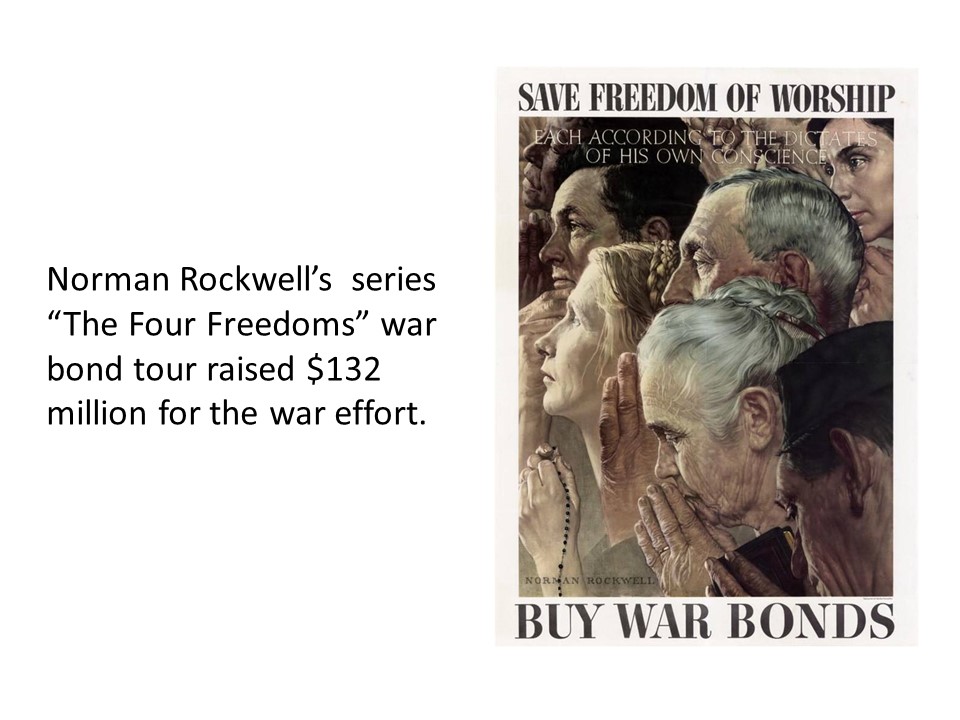 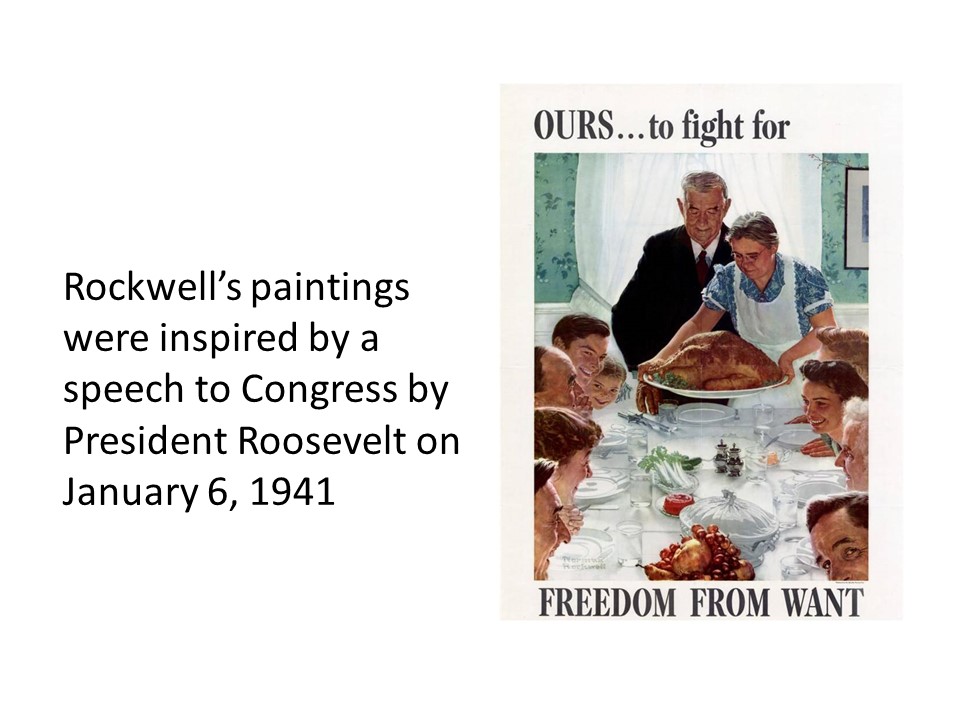 Poster Image: Ours to Fight For--Freedom From Want by Norman Rockwell.

Rockwell’s paintings were inspired by a speech to Congress by President Roosevelt on January 6, 1941. 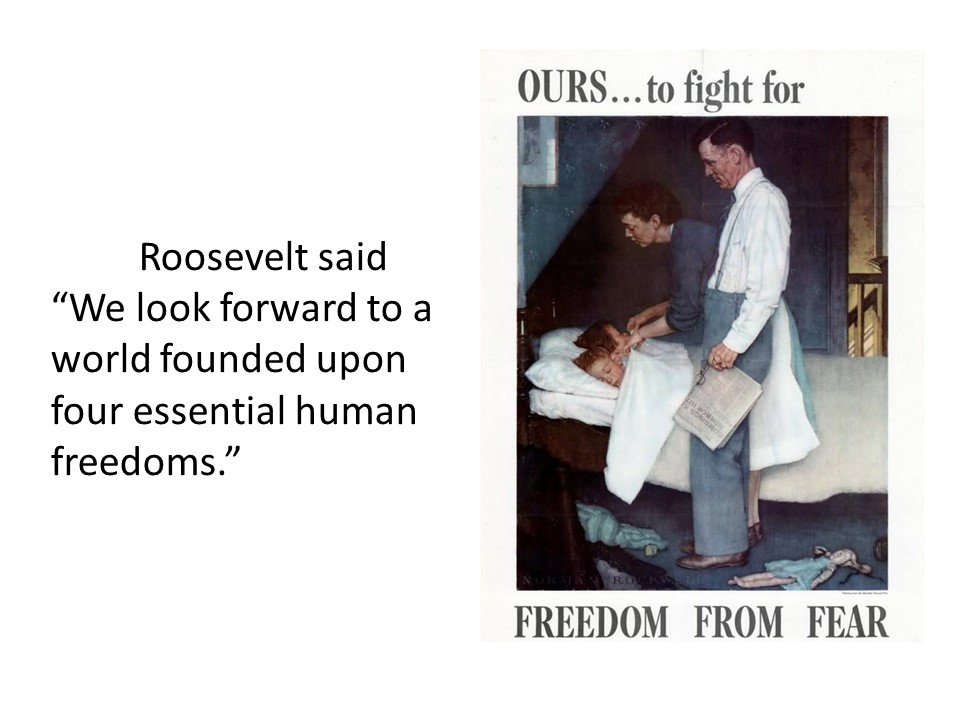 Poster Image: Ours to Fight For--Freedom From Fear by Norman Rockwell. 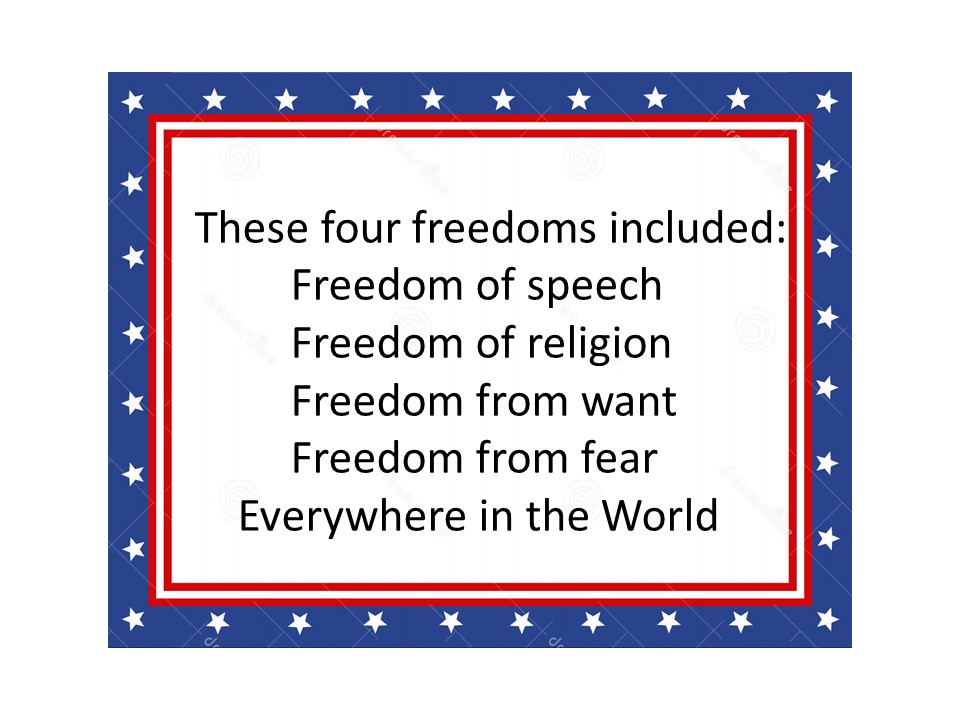 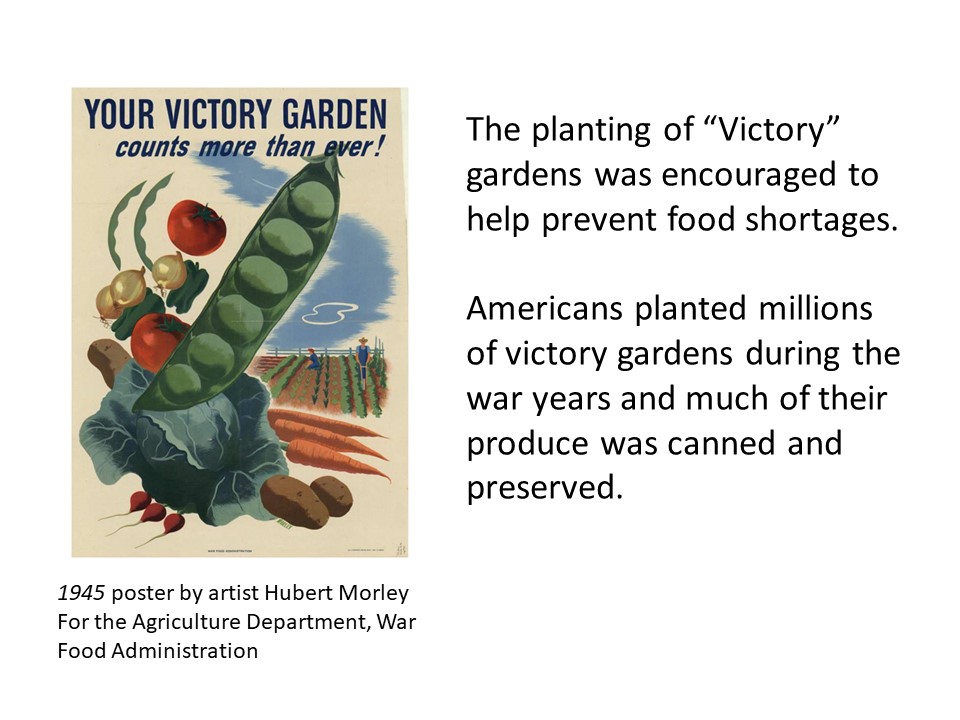 The planting of “Victory”gardens was encouraged to help prevent food shortages. Americans planted millions of victory gardens during the war years and much of their produce was canned and preserved. 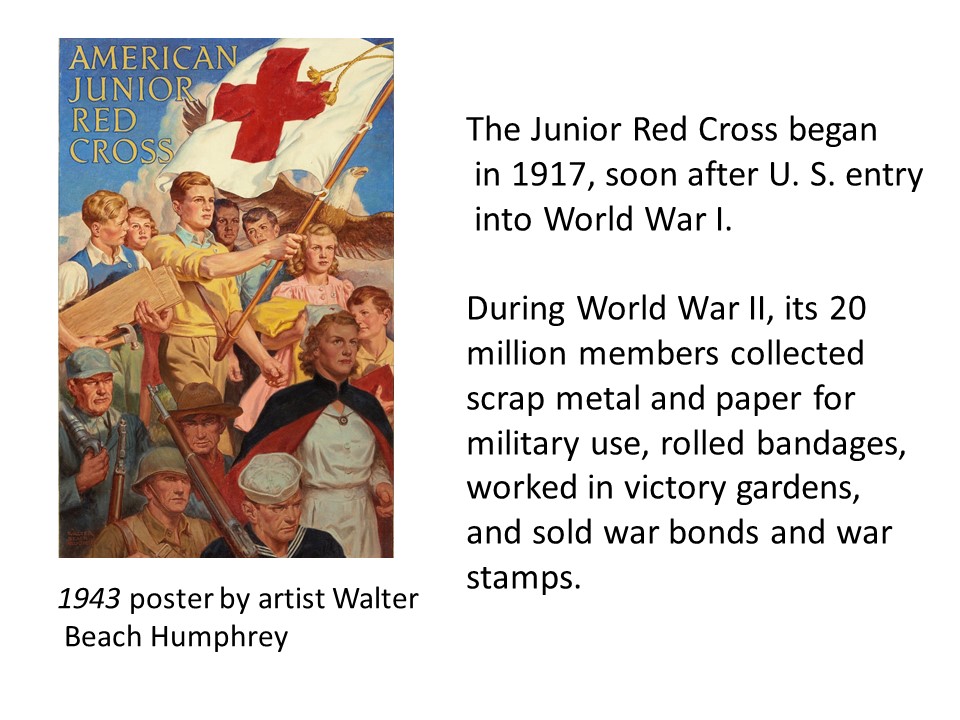 The Junior Red Cross began  in 1917, soon after U. S. entry  into World War I. During World War II, its 20 million members collected scrap metal and paper for military use, rolled bandages, worked in victory gardens, and sold war bonds and war stamps. 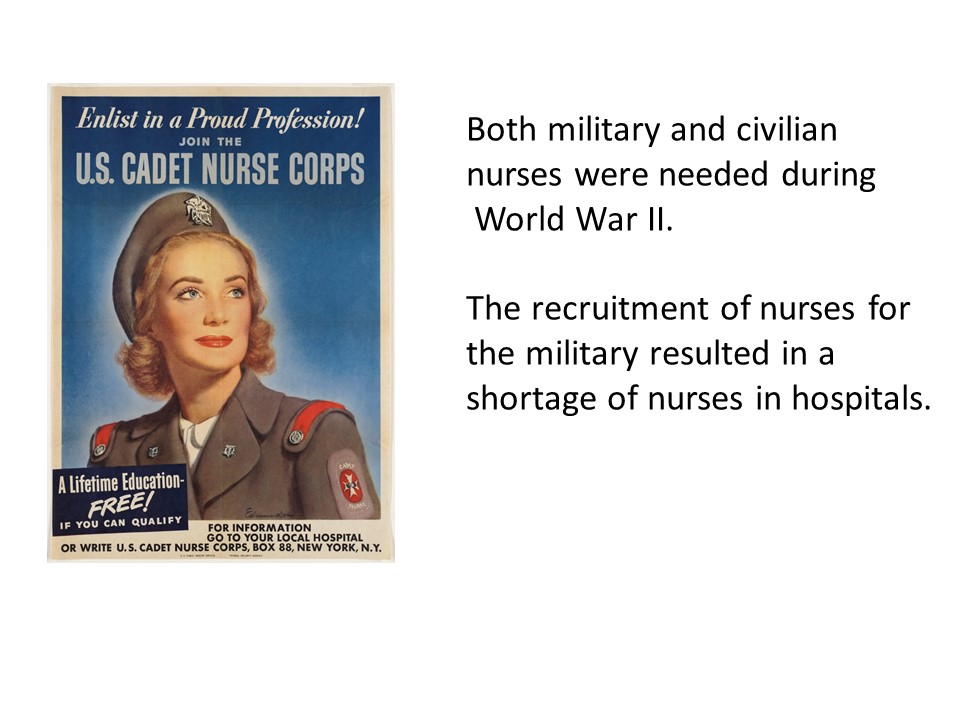 Both military and civilian nurses were needed during World War II. The recruitment of nurses for the military resulted in a shortage of nurses in hospitals. 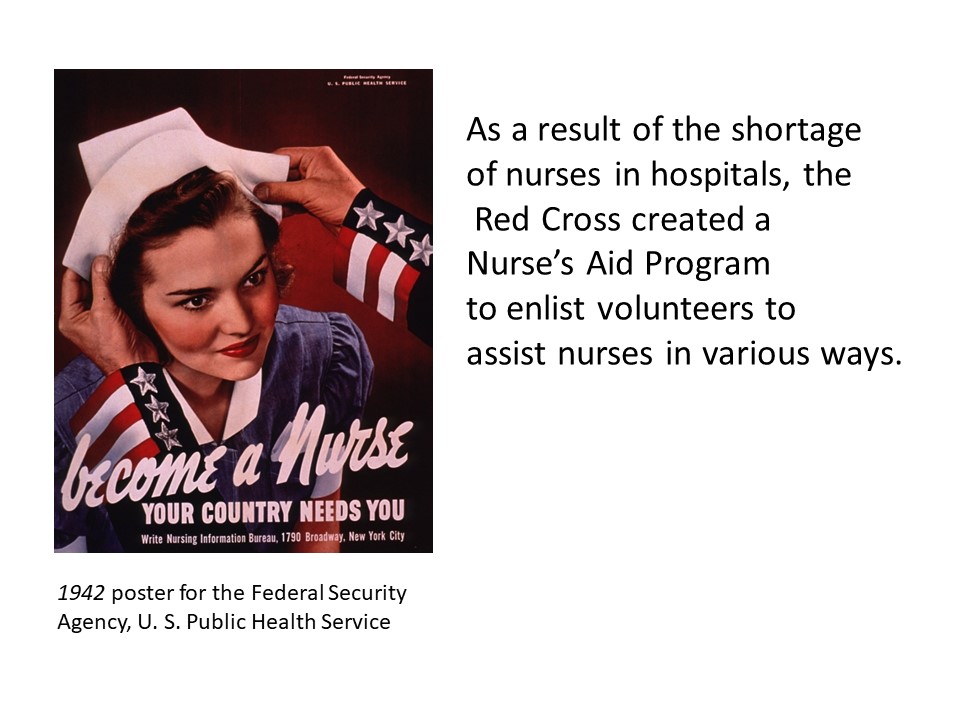 As a result of the shortage of nurses in hospitals, the Red Cross created a Nurse’s Aid Program to enlist volunteers to assist nurses in various ways. 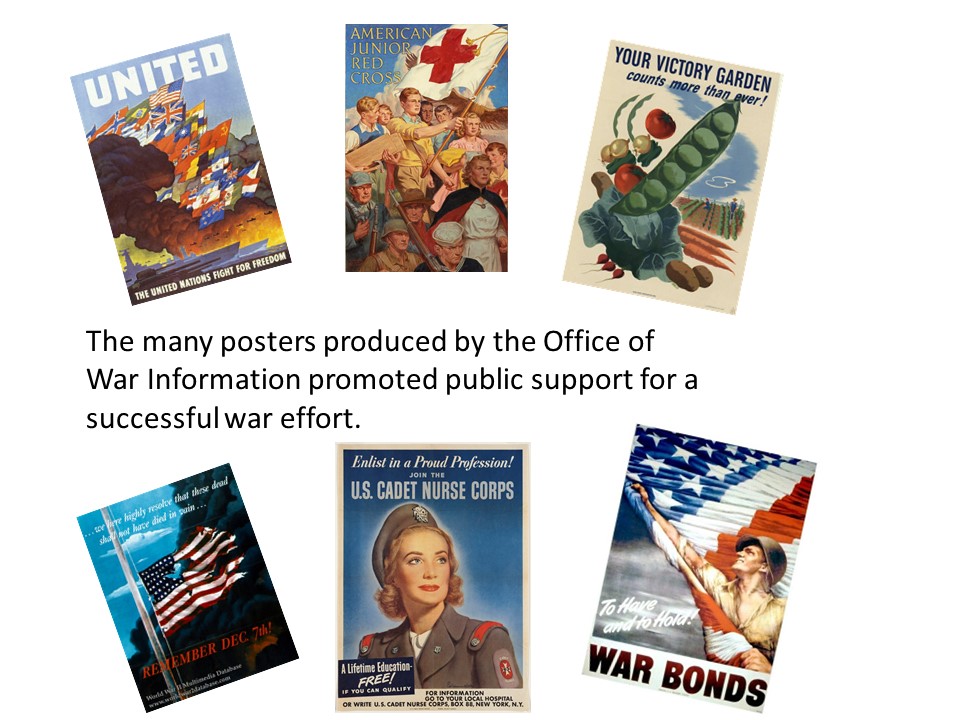 The many posters produced by the Office of War Information promoted public support for a successful war effort. 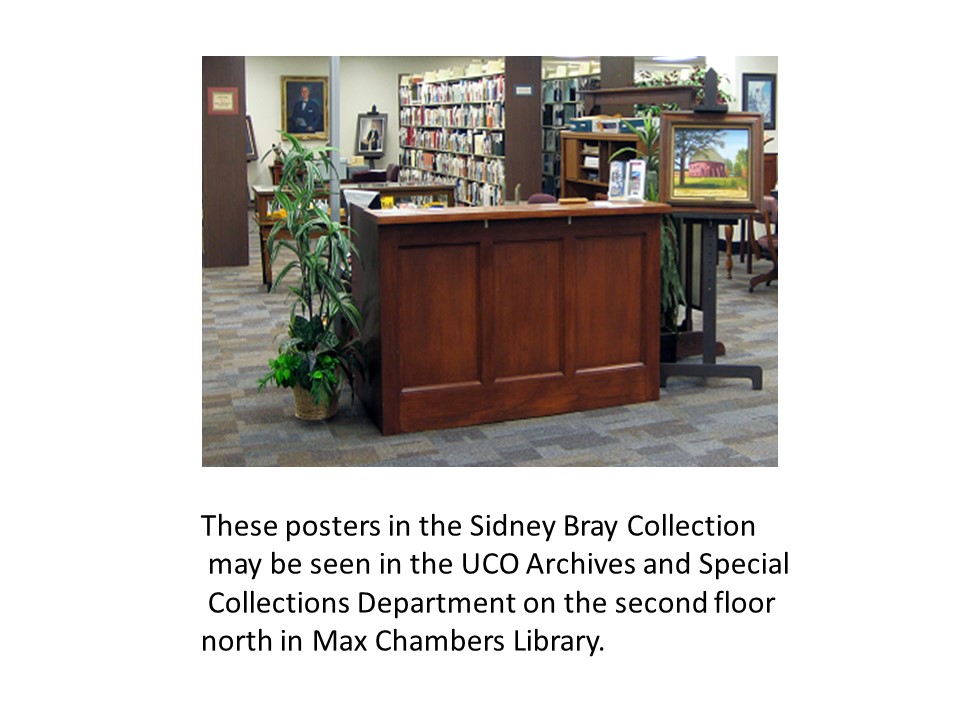 These posters in the Sidney Bray Collection  may be seen in the UCO Archives and Special  Collections Department on the second floor north in Max Chambers Library.