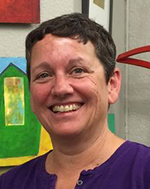 The Twelve Lives of Samuel Hawley by Hannah Tinti

Samuel Hawley has been traveling from town to town with his young daughter, Loo.  She has had an unusual upbringing being raised by her father with an assortment of guns always in their home.  On her 12th birthday she gets her very own gun and a lesson on how to use it.  Now that Loo is 12 Samuel wants her to have a more stable environment.  He decides to move her to his deceased wife’s hometown in Massachusetts.  So, he packs up the shrine to his wife he has in the bathroom, his guns and his daughter and moves to Olympus, Massachusetts.  His mother in law is not so please with this move and show no interest in getting to know Loo.  But, Samuel gets a job as a fisherman and Loo goes to school and life moves along. Samuel is a criminal with secrets and scars.  His secrets unfold by telling the story of how he gets each scar.

This is by far one of the best stories I have read in a long time.  Hannah Tinti tells a wonderful story about a father and daughter, and how much they love and trust each other.  You will enjoy these characters.