Mather Work Incentive Posters (1923 and 1929) were designed to increase productivity and reinforce the morals and the morale of the American workforce.

Five posters hang in Government Information on 2nd floor south, near the elevators. Some posters were designed by artists Willard Frederick Elmes and Henry Lee Jr. A precursor to propaganda posters from the WPA and World War II, these artifacts are beautiful examples of some early 20th-century mass communication tools. The project was sponsored by the College of Fine Arts and Design. 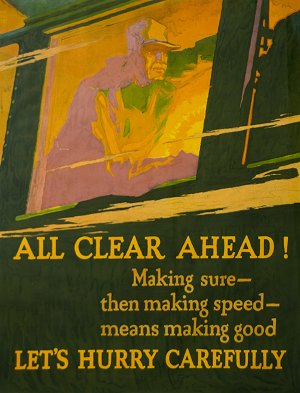 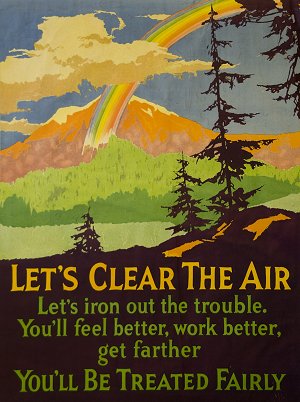 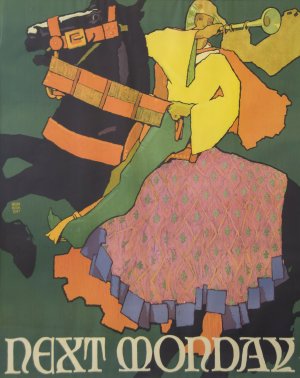 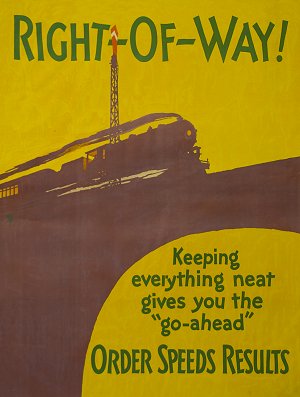 Poster text:
WORRY BAGS NO GAME
Half your mind on worry
and half on work gets you
only "half" results
FACING TROUBLES KILLS THEM 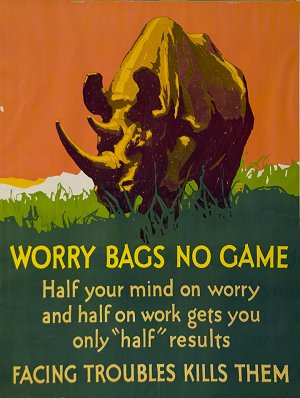