This collection of images and videos was developed during Dr. William Hommel's four research trips to Sierra Leone, Africa. He carried out research among the Mende during the summers of 1971, 1973, 1976, and 1978. The collection consists of 2,991 images.

Because of the civil war that ravaged Sierra Leone from 1991-2002, many aspects of the traditional village life that thrived for 2,500 years have been destroyed or changed forever. These images are an irreplaceable snapshot of that time and place.

Please note: More than 700 photos in this collection document the work of two wood carvers, Amadu Kamara and Moise Mende, from tree selection to finished ceremonial figure. To see the series, search for Amadu or Moise. If you would like to exclude these photos from your search, enter your keywords and also -amadu -moise, for example: mask -amadu -moise.

These archival films were recorded by Dr. William Hommel during his four research trips to Sierra Leone, Africa. He carried out research among the Mende during the summers of 1971, 1973, 1976, and 1978.

Art of the Mende
"Art of the Mende" is an archival film about the Mende people of Sierra Leone, filmed in the mid-1970s. Content includes village life, women's societies dances, a village ritual dance, and carving and creation of a mask.

The film is in color, with sound, 8mm film, 9 minutes and 44 seconds long, made possible by a grant from the National Endowment for the Humanities. The film is labelled NEHProduction-Part1.avi.

Jobia and Goboi Dances
This archival footage shows scenes from ritual dances of Jobia and Goboi in the village of Tanninihun, Sierra Leone, Africa, sometime between 1971 and 1978. The dances are followed by short clips of village life. It was shot on 8mm film saved in a digital format. The digital format is labelled "Africa Cuts and Trims.avi." The length is 15 min, 37 seconds. There is no sound. The film was shot by UCO faculty emeritus Dr. William Hommel.

This footage is part of the African Art collection in Archives & Special Collections, Chambers Library, at the University of Central Oklahoma.

Morning in Tanninihun
This archival footage shows scenes from a morning in the village of Tanninihun, Sierra Leone, Africa, sometime between 1971 and 1978. It was shot on 8mm film saved in a digital format. The length is 5 min, 32 seconds. There is no sound. The film was shot by faculty emeritus Dr. William Hommel.

This footage is part of the African Art collection in Archives & Special Collections, Chambers Library, at the University of Central Oklahoma.

To find resources about the African continent and specifically for western Africa and Sierra Leone, go to Central Search, type in your keywords, and start exploring!

The African experience : from "Lucy" to "Mandela". Summary: This engaging video lecture series covers the long history of Africa from prehistory to the 21st century. These 36 lectures, each 30 minutes long, are richly detailed and illustrated, both in the videos themselves and in the accompanying course guidebook. The guidebook includes lecture outlines and notes, a time line, glossary, biographical notes, and bibliography.

Goree: door of no return. Summary: This documentary tells the history of the slave trade: the arrival of the first Europeans, the origins of slavery in the Americas, the development of Goree as a center of the expanding slave trade, the wealthy merchant women who controlled the slave trade on the island.

Chinua Achebe. Summary: A profile of Chinua Achebe, the author of Things Fall Apart. The novel takes place in Nigeria and touches on common themes in African life. It is the most widely-read book in modern African literature.

Most of our most recent books on Sierra Leone and the history of western Africa are in ebook format. You will need a UCO login to read them online. If you do not have a UCO login, you may read them in the library.

African art, interviews, narratives: bodies of knowledge at work. Summary: Interviews with African artists and activists on the power of art to change the narrative that describes the cultural representations of Africa.

Teaching Africa: a guide for the 21st-century classroom by Brandon Lundy, et al. Summary: The authors describe their goal as demystifying Africa as the heart of darkness when teaching students about African culture, health, political economy, history, philosophy, and ritual.

Colonial West Africa: collected essays by Michael Crowder. Summary: Discusses the development of colonial politics, cooperation and conflict, and eventual independence. The Mende and Temne tribes are discussed in depth in the 4th chapter.

I did it to save my life by Catherine Bolten. Summary: Personal stories of survival during the civil war in Sierra Leone.

A long way gone : memoirs of a boy soldier by Ishmael Beah. Summary: In the more than fifty conflicts going on worldwide, it is estimated that there are some 300,000 child soldiers. Ishmael Beah, now 25 years old, tells how at the age of twelve, he fled attacking rebels and wandered a land rendered unrecognizable by violence. By thirteen, he'd been picked up by the government army, and Beah, at heart a gentle boy, found that he was capable of truly terrible acts.

Blood diamonds : tracing the deadly path of the world's most precious stones by Greg Campbell. Summary: The true story of the events that inspired the feature film "Blood Diamonds" starring Leonardo DiCaprio. "Blood Diamonds" is the gripping tale of how the diamond smuggling works and how the war and the policies of the diamond industry devastated Sierra Leone and its people.

The battle for hearts and minds : using soft power to undermine terrorist networks by Alexander T. J. Lennon. Summary: Examines the roles and limits of military power, forging an indirect strategy to build a government that rules by the will of the people, and the hope of a bright future for Sierra Leone, "the state that came back from the dead."

The History and Culture of Sierra Leone

Because of the civil war that ravaged Sierra Leone from 1991-2002, many aspects of the traditional village life that thrived for 2,500 years have been destroyed or changed forever. These images and videos in this collection are an irreplaceable snapshot of that time and place.

Sierra Leone is 28,000 square miles in size, slightly smaller than the US state of South Carolina. Mostly tropical in weather at the coast, it also has wooded hill country, cooler highland plateaus, and mountains in the east. The modern history of Sierra Leone began in 1792 when freed American slaves founded the colony of Freetown. In 1961, the country broke with Portuguese colonial rule and became an independent nation. The Mende and Timne peoples are the most populous of the ethnic groups in Sierra Leone: 35% of the total population are Timne and 31% are Mende.

When the curator of this collection, Dr. William Hommel, made a series of visits from 1971-1978, the country was in the midst of civil and political unrest, but life in the isolated villages of the Mende and Timne peoples went on much as it had for at least 2,500 years.

The rituals that Dr. Hommel recorded were authentic performances of their cultural heritage. Tribal indigenous beliefs were the majority religion until the early 19th century, when Islam and Christianity began influencing the cultures. Even today, 30% of the people adhere to "the old ways" rather than any other religion.

Only 15% of the land of Sierra Leone is arable, so villagers combined farming, hunting, fishing, and raising livestock to make a living. Others left that traditional life and joined enterprises to exploit its great mineral wealth of diamonds, titanium, bauxite, iron, gold, and chromite. The extraction of minerals, especially diamonds, was one of the main causes of the civil war that raged in Sierra Leone from 1991-2002, as depicted in the book Blood Diamond and the movie starring Leonardo DeCaprio. An estimated 50,000 people were killed and 2.6 million people were displaced. The rural life recorded by Dr. Hommel was changed forever.

Sierra Leone continue to struggle. The United Nations consistently ranks Sierra Leone at the bottom of its list for livability based on factors such as poverty, political corruption, education outcomes, and life expectancy. Recovery may take several more decades. 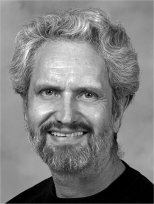 Dr. William Hommel received his Masters and Doctorate degrees from Indiana University, working with Dr. Roy Sieber. He has worked with African Collections at the Baltimore Museum of Art, The Museum of African Art in Washington D.C., the Kirkpatrick Center in Oklahoma City and Chambers Library at the University of Central Oklahoma. 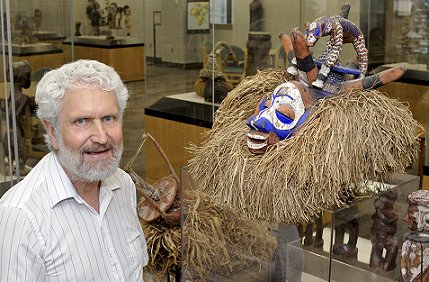 Dr. Hommel's research focused on the meanings of the rituals and art created by the Mende. Many of these rituals had not previously, nor subsequently, been documented. The images also include creative practices such as carving, weaving, net and fish trap making.

Dr. Hommel is emeritus faculty at the University of Central Oklahoma and continues to contribute to intellectual life, most recently working with the African collection at the Cincinnati Art Museum.

Because of the civil war that ravaged Sierra Leone from 1991-2002, many aspects of the traditional village life that thrived for 2,500 years have been destroyed or changed forever. The images are an irreplaceable snapshot of that time and place.